Somewhere Tim Cook is having a chuckle. While Apple has come under increasing pressure for iterative hardware and restricted software, its biggest competitor appears determined to dilute and devalue the very brand that has done all the damage.

Right now ‘Galaxy’ is the only name in the smartphone world that can hold a candle to ‘iPhone’, but it stands on a precipice. 30 Galaxy phones have been released since the original ‘i7500‘ was launched three years ago this month. It is joined by 11 Galaxy tablets since the original Galaxy Tab appeared in September 2010.

Next month both lines will increase again. The 8-inch and 10.1-inch versions of the Galaxy Tab 3 will be launched along with the Galaxy S4 Mini and a Galaxy S4 ‘LTE-Advanced’ edition will be released in Russia and Japan before an expected wider international launch. That retailer discussion will become even more comical. 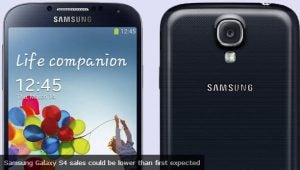 Greed
Let’s not beat around the bush, this all stems from greed. Samsung has hit upon a cash cow and it is determined to milk every last drop. Furthermore, by and large, greed has been a policy that has paid off.

After modest sales of the original flagship ‘Galaxy S’, things took off with the Galaxy S2. It sold over 40 million units in 20 months. The Galaxy S3 hit that total in just six months and the S4 sold 10 million units in just 27 days – a figure the S3 reached in 50 days.

And yet not all is well. The Galaxy brand has become an near-impenetrable mess, packed full of models ranging from the budget to the bizarre. More to the point, the premium ‘Galaxy S’ brand – the torch to burn down Castle iPhone – is also feeling the strain for the first time. This week Galaxy S4 monthly sales predictions were slashed by a third and the initial reception to the S4 Mini has been less than kind. This comes just a year after the Galaxy S3 Mini met with a similarly lukewarm reception which preceded mediocre sales.

If Samsung has been polluting its Galaxy brand from below, signs are it is now starting the rot from the top. 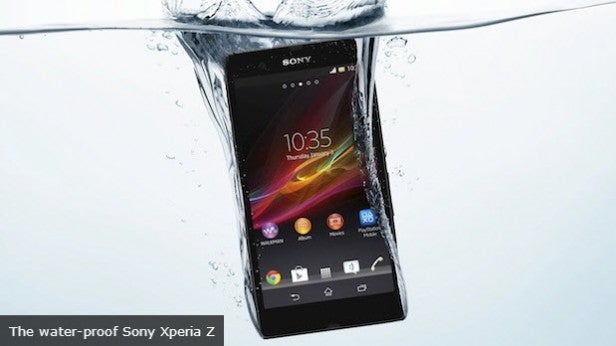 Complacency
It all stems from greed’s biggest bedfellow: complacency. 14 months ago the Galaxy S3 was launched into a specifications dominated market. Its combination of power and expandability built upon the S2 and blew rival Android manufacturers out the water.

But its success disguised two significant factors. 1. That in truth it wasn’t a massive upgrade from the S2, and 2. Major Android rivals HTC, Sony and LG were in disarray.

Repeating the trick again with the S4 is proving more difficult. The reception to the S3 Mini hasn’t helped, but rivals are also now able to counter the S4’s horsepower and are going for tangible differentiators such as the luscious unibody aluminium design of the HTC One and waterproofing of the Sony Xperia Z.

Worst of all Samsung is proving its own worst enemy. The aforementioned S4 Mini looks set to damage the S brand in the same way the overpriced, under performing S3 Mini did and Samsung’s insistence that it knows best how to recode an increasingly attractive Android has led to criticism that its calling card TouchWiz software is little more than bloatware.

BBC Watchdog revelations that TouchWiz leaves just 9GB of a 16GB S4’s memory free have added further credence to this. 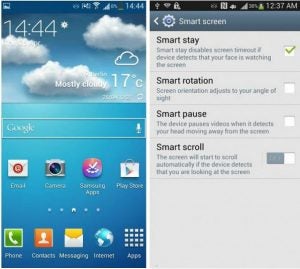 Opportunity
The obvious point to make here is, having dominated Android smartphones, Samsung is opening the door to competitors. To an extent that is true. A stunning S4 could’ve dealt a fatal blow to struggling HTC, but instead the One is slowly bringing it back to life. Likewise flaws in the Xperia Z have largely gone unnoticed after Samsung’s headline antics and Sony is gradually rebuilding with the impending Xperia Z Ultra looking to be another step on the road to recovery.

Similarly aggressive Chinese rivals like ZTE and Huawei are now pushing into the premium smartphone sector as well as gaps appear.

That said Galaxy still remains king of the Android market, Samsung will still produce record results in its next few financial quarters and predictably talk of a unibody S4 edition is gathering momentum. Samsung may be making mistakes, but like Apple it has become large enough to survive for a while by being reactive and it isn’t going to be unseated any time soon.

What is in doubt, however, is Samsung’s master plan. The unilateral TouchWiz UI that was going to merge Samsung TVs, tablets, phones and eventually a hop to its Tizen platform to beat Apple at its own game is losing credibility just at a time when increasing demand for stock Android could fracture the whole process.

Samsung wants to be above the risks of platform dependence before Microsoft and Google’s dalliances with hardware become a major focus. Right now it’s blowing it.