With the 2015 Rugby World cup kicking off on home soil, we take a closer look at the technology to watch out for during the month of rugger action.

This promises to be the most tech­-heavy Rugby World Cup since the tournament first started in 1987 and with such a massive audience, companies are naturally keen to show off all the tech at their disposal.

replay tech ever seen, apps that let you compete with the best players in the world

(from the comfort of your sofa, naturally), as well as the smartest kit and ball to ever

Are you ready for it? You will be once you’ve read our guide to

over the line, and it’s making its way to the Rugby World Cup in September. World Rugby – the sport’s governing body

– trialled the Hawk-Eye SMART technology during the Guinness Pro12 season, with the support

of Sky Sports. It also carried out trials at the World Rugby U20 Championship in

Italy in June with the input of broadcaster ITV.

The aim of the trial was to see if

Hawk­Eye can enhance player welfare while “strengthening the accuracy and

efficiency of the television match official (TMO) decision­making process”. In other

words, to see if can help determine whether the ball went over the line.

Hawk­Eye’s ‘SMART Replay’ system, the TMO will have access to simultaneous

chief executive, has said this kind of tech is “an important component of the rugby

to showcase innovation and performance to a record global audience”. 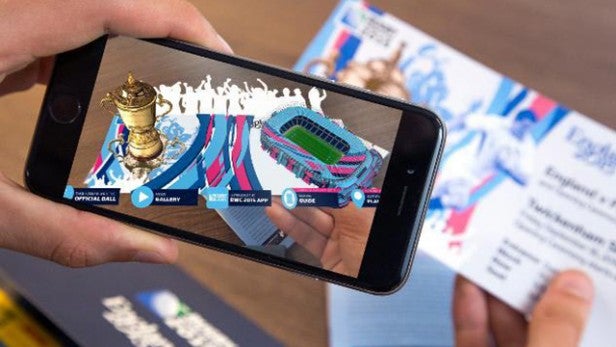 
In a first for a major sporting event, augmented reality is being used to give fans an

immersive 360­-degree interactive experience. Just scan your ticket with your

smartphone using the Blippar app, and you’ll unlock a 360­degree view of the

greatest England players ever: Jonny Wilkinson, Lawrence Dallaglio and Will

Greenwood. Not bad at all. Plus, from August, you’ll be able to see the view from

your seat and have access to navigational tools that’ll help you get to the match. 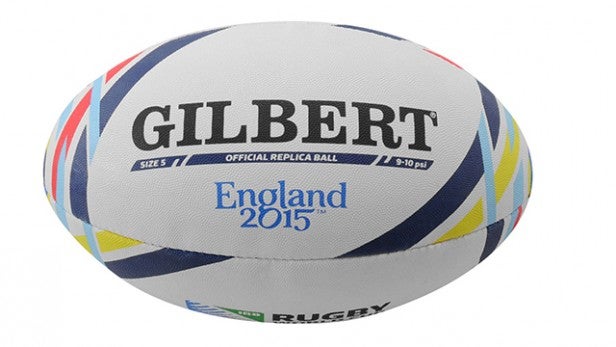 
The ball will be the latest in Gilbert’s Match XV line. Gilbert conducted an extensive

surface design to enable quicker water dispersion. Should come in handy when

the heavens open. If you want to try it for yourself, you can buy a replica one from

If you’d prefer to drown out the singing from the opposition, the 2015 World Cup will introduce an in-ear commentary service that’ll be available in all host stadiums for £10. Listening in on the ref’s decisions when he is giving the players a dressing down for a high tackle has been around for some time but now there’s also the option for foreign commentary and a newbie mode. This is basically for anyone who doesn’t know the difference between a scrum and line-out. Although that should pretty obvious for most. 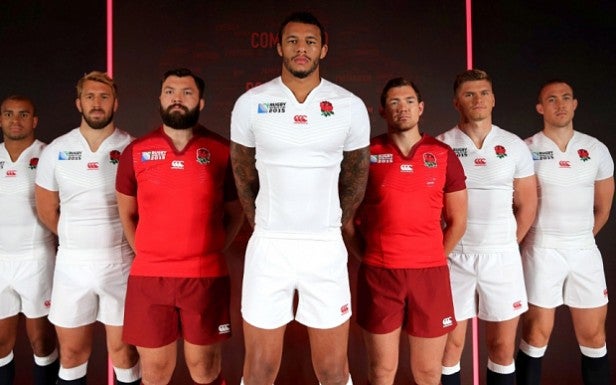 
England’s home kit is white as usual, but the rose emblem has been given a bit of

a facelift. It’s been 3D injection moulded and developed through rapid prototyping

complement the players’ physiques. Though let’s face it, when you’re built like

The new kit involved more than 220

hours of testing and over 250,000 miles of travel to perfect the design. It’s the

lightest kit that maker Canterbury has ever produced, which should help the

players stay quick on their feet. It should stay light too, thanks to minimal moisture

overheat, or freeze if it gets nippy. Its super­enhanced fit technology was

physiques of the modern rugby player, from stacked to extremely stacked. The kit 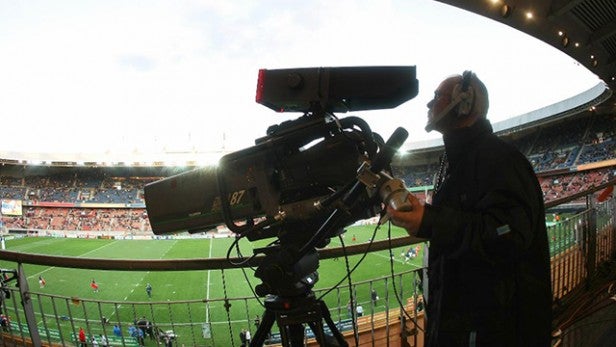 ITV has the exclusive broadcast rights to the tournament in the UK, and it’ll take

full advantage of such an opportunity to reach fans. Not only will it show the vast

to Sunday nights – it will also show the lesser matches on ITV4.

So even if you’re

supporting one of the underdogs, you’ll be able to follow the action. ITV is also

prepping a host of digital content, including a flick rugby game for smartphones

players in the match you’re watching.

So you can pit yourself against the best in

the world without getting off the sofa. Expect plenty more digital goodies around

the tournament too – according to a recent report, the average UK rugby fan has

4.6 devices in their home, making them a prime target for apps and other branded

watching the game at home, and 44 per cent do so at the stadium. Expect

sponsors and other big brands to leap on this opportunity.