We all want to use our smartphones on holiday, and it’s nigh on essential to be connected when you’re travelling with work, but it’s not always straightforward understanding how different mobile networks treat roaming and the charges that often come with it.

Here’s everything you need to know about mobile and data roaming so you never experience a shock bill again.

What is roaming, anyway?

Roaming is the insidious state your phone clicks into when you enter a different country. Fail to switch roaming off when you go on holiday and you can end up being charged hundreds or even thousands of pounds for a bit of browsing and uploading a few holiday snaps.

In another context, this kind of thing would seem a criminal scam, but it’s how the system works at the moment.

With a bit of pre-planning, you can save yourself these nightmarish charges. But with any luck the whole roaming issue may be solved before too long.

The EU is currently planning new legislation that will fix the issue of ridiculous roaming charges, within the EU at least. Right now there’s a cap on EU mobile charges, but the goal is to make roaming free.

However, the first plan put forward has already been pulled back following a brief period of consultation. It was announced on September 6, 2016 and scrapped three days later.

The issue was that, . You’d get up to 90 days of roaming per year for free, with a maximum single period of 30 days.

This was devised as a way to make roaming free for the average traveller, without giving you scope to search Europe-wide for the best contract deal. However, the European Parliament and some consumer organisations kicked up a fuss because this isn’t really the “free roaming” we’ve been promised.

President of the EU Commission Jean-Claude Juncker ordered the new deal to be pulled back. With a withering groan, we like to imagine.

The EU Commission says it will come back with a revised scheme very soon. As it appears the Commission was responding to complaints about the 90-day limitation rather than pressure from operators, it’s likely we’ll get a better deal in the end. 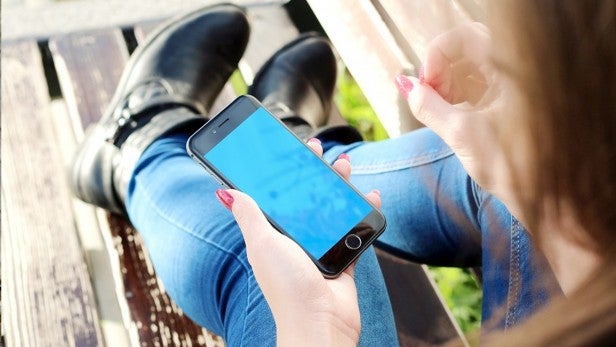 How will Brexit affect roaming charges in the future?

This new legislation is the coda following years of wrangling. However, it could all disappear when the UK leaves the EU.

The EU already puts a very restrictive cap on charges allowed in Union countries, keeping final fees down to under 5p per megabyte. In some countries the figure is 100 times more expensive.

Unless mobile networks decide to stiff us as much as the EU probably will post-Brexit, you can expect there to be better bolt-ons and bundles available than just a basic rate of £5 to £6 per megabyte in the EU. However, it’s perfectly feasible that the safety net of low-cost (and eventually free) roaming will disappear.

We have a few years left before we fall into that kind of digital apocalypse. Right now most carriers have fairly good deals for EU roaming, and some aren’t even too bad outside the EU. Here’s the run-down of the state of affairs across the UK’s networks, including MVNOs such as GiffGaff and Tesco Mobile.

Related: How Brexit could impact the UK technology sector

Roaming charges at Vodafone are in a state of flux. For contracts started before May 5, 2016 you can pay £3 per day in Europe or £5 per day elsewhere to carry over your standard data allowance into another country.

These are called the EuroTraveller and WorldTraveller bolt-ons.

Here’s the full list of countries in which you can use EuroTraveller.

Outside these bolts-ons, roaming rates are typically expensive. In the US you’ll pay £1 a minute for calls, for example.

If you signed up after May 5, 2016 the outlook is a bit different. Vodafone now splits its contracts into deals with roaming allowances and those without. Ultra-cheap deals don’t come with any roaming.

You can still buy the WorldTraveller bundle, letting you pay £5 a day to take your usual allowance to many countries, but in Europe you have to pay per-minute, per-megabyte. This is the kind of roaming we’re trying to avoid.

In EU countries, the charges aren’t too horrendous, at 4.6p a megabyte. However, the situation is bad in “zone 2” countries that are not part of the EU.

In Turkey, for example, you’ll pay 45.9p per megabyte. That’s the sort of charge that could cost you hundreds of pounds over a week’s holiday. This is mean-spirited roaming at its worst, although Vodafone may be looking to change this.

On the bright side, Vodafone roaming is among the fastest, with 4G speeds in 70-plus destinations across the world.

O2 uses a fairly simple-to-understand bolt-on for its roaming services. You get 120 texts, 120 minutes and unlimited data. The cost just varies depending on where you are.

This probably sounds like a great deal, particularly if you’re going to Europe rather than, say, the US. However, don’t expect too much from the “unlimited” data.

“More than 150MB of general data or more than 50MB of streamed video or audio data,” is considered a breach of fair use, meaning O2 will start throttling your speeds aggressively. The bolt-on is no good for streaming Spotify or Netflix unless you only need a brief bit of entertainment.

It’s relatively slow to start with too, with no 4G on offer.

In the USA, for example, you’ll be stuck with an eyeball-melting rate of £6 per megabyte or an unattractive bolt-on of £120 for 200MB a month.

To make sure you avoid the worst rates where possible, you need to sign up for O2 Travel before you leave the country.

O2’s roaming comes across as slow and dated, but if you don’t mind aggressive throttling it’s not too bad a deal in the EU.

Related: Best iPhone 7 and 7 Plus deals and contracts

Smallest of the major networks Three has the most interesting approach to roaming, making it a core part of the service’s appeal. Three Feel at Home lets you use your phone as you would in your own country in a fistful of other countries with no extra charges.

At the time of writing, 42 countries are covered.

A lot of associated islands are included too. The one thing to note is that calls to numbers in another country aren’t included, though. So while you can call from Macau to the UK for “free”, calling a Macanese number will cost you £1.40 a minute. Ouch.

Plenty of people also complain about the speed of Three’s Feel at Home internet. It’s not 4G, but I’ve had largely positive experiences with it.

Three also patches-up some of the European areas missed by Feel at Home with its Euro Internet Pass. For £5 a day you can get unlimited but throttled internet in places like Turkey.

This is definitely a network you need to research into a bit before going on holiday. Mistaking a normal location for a Feel at Home one could cost you. However, Feel at Home should be roughly what future (in a pre post-EU UK, at any rate) roaming looks like.

Since August, EE started rolling 500MB of EU data into its higher-end normal plans, and “Max” ones offer a massive 15GB of high-speed Euro data. You also have a choice of bolt-ons, all of which represent a reasonable deal.

For £1 in Europe you can get 50MB per day. That’ll do the trick for looking up restaurants, checking your emails and so on. After that initial 50MB the rates goes up, though, so it’s for light users only.

There are chunkier bundles too. For £3 per day you can get 500MB with the Euro Data Pass, or £4 for the full Euro Pass, which adds unlimited text and calls.

Here are the countries in which the passes work:

There’s plenty for the European traveller, but the deals for elsewhere are poor. Head to the US and you’re looking at £4 for 40MB per day. At 10p a megabyte it’s still radically better than standard roaming rates, but is not going to make you want to use your phone unless you absolutely have to.

If you’re out for a contract bargain, you should always tap up Tesco Mobile. However, it doesn’t have a particularly dynamic roaming plan.

In the EU, you get a fair deal. Any use within your normal allowance will cost you 4p a megabyte, bang on the EU cap charge.

This is the sort of charge that’ll leave you flicking roaming on and off as needed. Tesco Mobile will let you rack-up £40 of extra charges a month before blocking your SIM, but that’s still a lot of cash if you only paid £40 for a low-cost European flight from one of the budget airlines.

Costs elsewhere in the world are among the worst we’ve seen. In the USA, for example, you’ll pay £8 per megabyte. That’s plain upsetting.

Tesco Mobile is a good network for those looking to save a bit of money in the UK, but you could easily wipe out those savings with a few holidays unless you switch roaming off.

As another low-cost network, it’s no great surprise that GiffGaff has similar roaming fees to Tesco Mobile. Look behind the scenes a little and it’s a flat-out no-brainer.

In the EU, you’ll pay 5p extra per megabyte downloaded within your allowance. Outside the EU, it’s a grim £5 a megabyte. Even GiffGaff advises you turn roaming off when you’re in such a country. You get the sense GiffGaff would like to offer a better deal, but can’t because of the way it operates.

Our last pick is another virtual network, but it uses EE’s infrastructure rather than O2’s. Just like GiffGaff and Tesco Mobile, Virgin Mobile offers a fair deal for roaming in the EU, but you’ll pay £5 per megabyte in the USA, and up to £12.50 a megabyte in some other countries.

Rather than letting you sign up for daily bolt-ons, you buy data packs that last for 30 days in the EU.

For light users, this can actually work out pretty well. You can buy 10MB for 35p, 50MB for £1.50 and 250MB for £5. If you can make that 250MB last for a full week, it’s a very affordable way to stay connected while you’re on holiday. Just make sure roaming is switched off if you go to New York.

Have you been stung by horrendous roaming charges? Let us know in the comments.