OPINION: Nick Cowen explores how Satoru Iwata went from gamer to the gamers’ CEO without forgetting his roots.

I remember attending E3 in 2010, the year that Nintendo unveiled the 3DS and the plethora of gaming partners it had lined up to make games for it. The Nokia Theatre oscillated between raucous applause and choruses of ‘ooohs’ and ‘aaahs’. If you’d been listening from outside and you had no idea what was going on in the Theatre, you might have thought the attendees were watching some sort of circus act. In a way we were…

Besides the hardware and software reveals and the whoops and cheers of fans and journalists in the Theatre, I remember a video that closed the conference. It showed Nintendo head Shigeru Miyamoto, US boss Reggie Fils-Aime and Nintendo CEO Satoru Iwata running away from giant animated burning barrels that were bouncing down a hill after them. At the time, I remember making a note to the effect that “I bet you’d never see Don Mattrick or Jack Tretton doing that”. 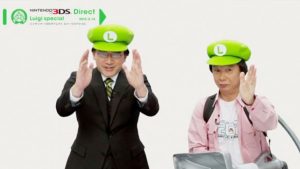 Although I have to confess to not being the biggest fan of Nintendo’s games and consoles, I always looked forward to the Japanese company’s briefings at E3, and Iwata was a massive part of that. In an industry where corporate heads speak in carefully crafted sound bytes that hold them at arm’s length from the masses of fans who invest in their platforms and IPs, Iwata came across as warmer, friendlier and more on the level with his fans than his contemporaries.

In the last couple of years the top brass at appeared in Nintendo Direct briefings as Jim Henson puppets and last year Fils-Aime and Iwata duked it out Super Smash Bros. style. To be frank, Iwata always looked like he was having more fun than their competitors – and that sense of fun was instantly infectious. This is perhaps because Iwata was first and foremost a gamer.

Unlike his predecessor, the rather authoritarian Hiroshi Yamauchi, Satoru Iwata’s background is in gaming development.

He started off at a HAL Laboratory working on the Kirby game franchise and even though he moved through the ranks towards management, he always kept his hand in on the programming side. Perhaps one of the reasons he was so approachable to gamers – both of the hobbyist and media persuasion – is because he was part of their tribe. Iwata may have occupied one of the most powerful positions in gaming, but as he was always apt to tell folks:

“On my business card, I’m a corporate president. In my mind, I am a game developer. But in my heart, I am a gamer.” 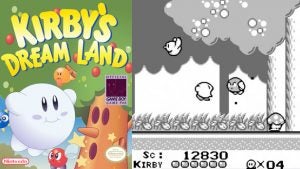 Iwata had a view of gamers that was more inclusive than most. It was his stated aim to bring the joy of gaming to as many people as possible – regardless of whether they’d picked up gaming early on in life or not. Unlike some who look at ‘being a gamer’ (whatever the hell that means) as being part of an exclusive club that shuns outsiders, Iwata pushed the notion that there was no limitation or the number of people gaming could attract and the games industry’s failure to realise this had caused it to become a inward looking.

“As we spend more time and money chasing exactly the same players, who are we leaving behind?” Iwata asked at GDC in 2005. “Are we creating games just for each other? Do you have friends and family members who do not play videogames? Well, why don’t they?”

This all-inviting outlook was represented in the Wii, the console that sent Nintendo’s fortunes stratospheric and created the hugely popular – and occasionally maligned – subgenre of casual gaming. With the Wii, everyone could be a gamer and while you can’t attribute its success to Iwata, it was essentially his credo parceled up in a white little console with intuitive and easy-to-use motion-sensor controls. Everyone could play it. Just as Iwata wanted. 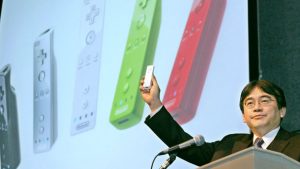 In recent years – the success of the 3DS notwithstanding – Nintendo’s fortunes have flagged somewhat, but this didn’t take the sheen off Iwata’s enthusiasm.

In the wake of the lackluster sales of Nintendo’s Wii U console, Iwata took a pay cut and ordered executives under him to do the same – a move it seems doubtful many other CEOs would consider.

As the news cycle trundles on, already industry stalwarts are musing about who will step in to replace Iwata, and what effect his passing will have on Nintendo’s future projects, such as the NX console currently in the works.

Such speculation feels pretty tasteless at the best of times, but in this case it’s downright heartless. Beyond overseeing developers, balance sheets and investor expectations, Iwata was first and foremost a man who dedicated a lot of his life bringing as much fun into the lives of others as he could. We’re going to miss him and, judging by the outpouring of grief from both players and colleagues, we’re not alone.