TrustedReviews: Resident Evil is a huge, sprawling lore at this stage. So how easy an entrance point is your game?

Okabe: Well because the game is episodic and it’s a spiritual successor to Revelations – it’s not a direct continuation of any storyline – so it doesn’t rely on the player’s knowledge of the series. It’s a good place for people who aren’t familiar with Resident Evil to get started. We really wanted to aim to have all kinds of player to get into it easily so even if you don’t know what the Umbrella Corporation is or what happened in previous games you can still get into it.

You’ll be able to enjoy it because it’s a personal story. Barry [Burton] is trying to find his daughter and anyone can relate to that. At the same time there are a lot of throwbacks and signposts for fans of the series so they’ll like digging through the details of the game and finding the elements that connect it to the other games in the series. Hopefully we can cater for both camps. 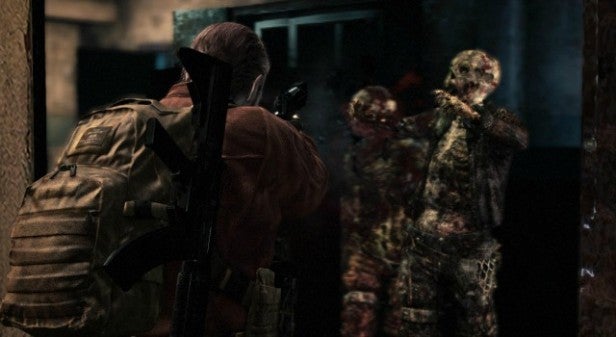 Revelations 2 seems much slower paced than a lot of current Resident Evil titles and it harkens back to the series’ survival horror roots. Does its episodic structure allow you to make it a more initimate, old school horror game than if you were working on one of the franchise’s bigger titles?

If you break down the series’ history, Resident Evil 1-3 are the classic era and the titles that came after that kind of modernized the series. Some players prefer the classic era and others like both. You’re right in saying Revelations 2 is a kind of back to basics title in the series. It’s very much following on from the concept that was core in the first Revelations; we wanted to merge the more up-to-date feel of the gameplay in the franchise’s later entries with the classic horror atmosphere of the earlier titles.

Its episodic structure gives us the chance to unfold the story at a slower pace and take our time with it a bit more. It also allows us to concentrate on making the atmosphere more oppressive. The game has been designed to make just walking down a corridor with nothing there as creepy and inherently scary as possible. It’s a great experience to play the game in a dark room with headphones on! 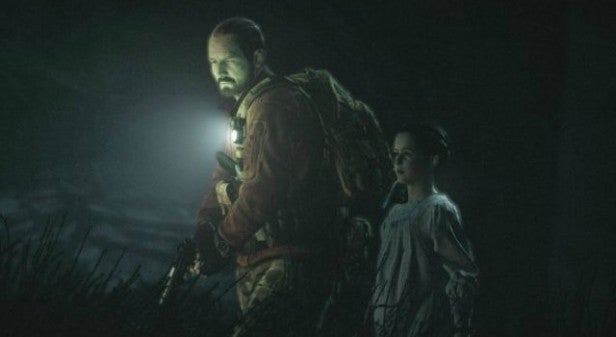 The sound in the game is chilling. It’s like every single noise you hear could be an approaching monster. I jumped at one point when I heard a noise behind me and it turned out to be Natalia walking through a bush!

It’s good that you enjoyed it! The key here is that we don’t put in repetitive sounds in the audio track because that ends up being a cheap trick the player would see through. We’ve designed the audio so that while you’re in the game’s different environments you’ll hear sounds that feel like they occur naturally so your imagination runs wild and you feel on edge all the time.

The music in the game also helps with this; the composers created a score that included sounds from objects from junkyards and played with them to create creepy sound effects that are built into the music. Even if you don’t know what you’re hearing, it’ll affect you on a subconscious level. 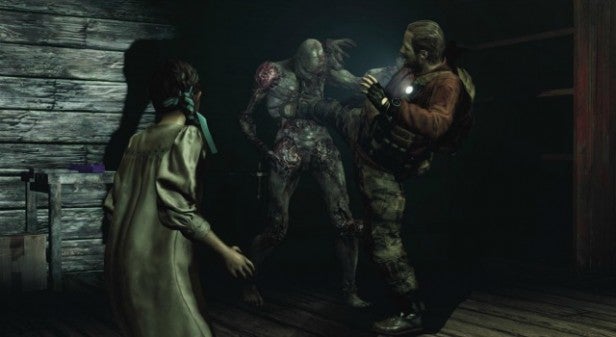 The setting in Revelations 2 is far more claustrophobic than either Resi 5 or Resi 6. Those games felt like you were in a big budget movie. Revelations 2 feels like you’re in an indie horror film where anything can happen – even down to the graphics, which look less crisp. Was that what you were going for?
Well the classic, claustrophobic cramped environment has featured heavily in the series – from the mansion in Resident Evil to the ship in the first Revelations. There are a variety of environments in Revelations 2 and we have worked hard to pare down the size of some of them. If a corridor looks to wide and open, we made it feel more cramped and crushing. It gives it a more creepy atmosphere than something you’d see in other recent larger scale Resident Evil games. 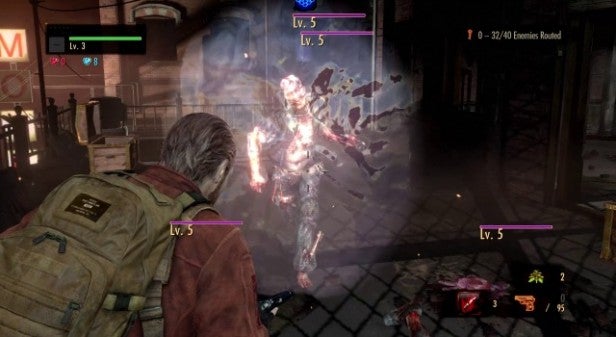 Since the story takes place between the series’ main entries, do you have to be careful with developments in the plot? Or are you free to go off-piste?
The story takes place between Resident Evil 5 and 6 so we’re taking the alternate beat to each of the numbered titles in the series. The advantage we have is that we don’t have a story that contains any of the characters or scenrios in the other games. We aren’t as restricted as you might think – our characters aren’t involved in the events of the other games, but we do have to tie up events with the main series. But we relatively free to create the style and plot that we want to with very few restrictions.

The fact with Resident Evil, though, is that while there are monsters roaming around in the game, the evil that humans do is the most frightening aspect. We’ve followed that theme here – I don’t want to spoil the plot before the game’s released – but you will have seen from the gameplay that while a lot of bad stuff is going down on the island, someone is running the show here. At the start of the game you’re aware of the fact that your strings are being pulled by a person who has lured you there for nefarious purposes.

So, what are you most afraid of?
(Laughs) It sounds like I’m making this up, because I’m working on Resident Evil, but sometimes the scariest thing to me is when I turn on the TV and see things from our game happening in the real world. We make these games in which fictional viruses cause havoc in fictional cities, and then you see on the news that biological catastrophes and viruses are affecting real people. It’s all a bit far away from my daily life at the moment but it’s really scary to think that something like that could one day affect me personally. Fiction has nothing on the real world!