The PS4 finally launches in the UK just a week after the Xbox One as old rivalries reignite once again. From hardware to launch games, there’s very little between the two. But the PS4 has a secret weapon and it’s a something that’s been around for a while.

I’ve been fortunate enough to spend the past week playing and getting to know the PS4. As a PS3 owner it’s quite easy to see the differences. It’s quicker, the games look better and Sony has finally sorted out that terrible interface among other things.

But then that’s what we expected. A console 10 times more powerful than the PS3 delivering gaming PC-like performance. What I really wanted to see were the innovative features to make the PS4 experience so entirely different from the PS3.

The Share feature is interesting for people wanting to live broadcast games, but that’s not really my thing. There’s little to suggest the DualShock 4 controller really needs a touchpad and a built-in speaker as well. Then I picked up my PS Vita to explore Remote Play and I found the ‘game-changing’ feature I was searching for.

For those who are not really familiar with the concept, Remote Play is a basically a way of mirroring the PS4 console screen. It’s done by downscaling and compressing images and sending it to the Sony handheld via
Wi-Fi. The Vita then decodes the content and sends the information back to the PlayStation 4.

This process lets you play almost every PS4 game apart from ones that require the PlayStation Eye camera with little signs of latency. So you can continue playing out your FIFA 14 career or finish off the single campaign mode in Killzone Shadow Fall while someone has hit the input button on the remote to watch TV. 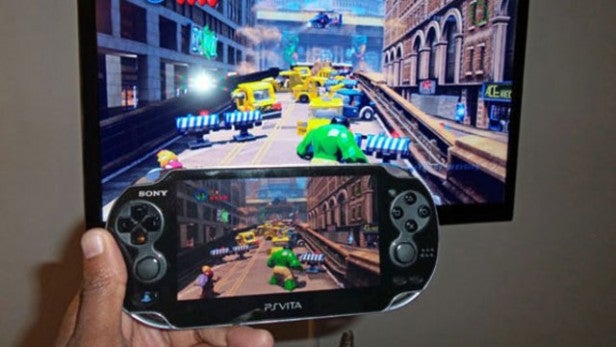 It’s not an entirely new feature. The PS3 supported Remote Play with the PSP and the Vita. The problem was it only supported a ‘select’ few titles and results were often laggy. Clearly Sony’s previous generation consoles were the testing bed for its much better integration with the PS4. It works because both are equipped with similar hardware like the 802.11 b/g/n Wi-Fi standard to make sure the process takes up very little bandwidth to connect the two devices together.

In a Q & A back in October Sony explained that both the PS4 and PS Vita were required to be on the same Wi-Fi network and that the home console should be connected to the ‘local area network via an Ethernet cable’. It also stated that the ‘PS Vita system be within close proximity of the Wi-Fi access point so that the connection is free of interference’.

Those are guidelines for the most suitable environment, but it has already been shown that Remote Play can work on a different Wi-Fi connection as long as your PS4 console is turned on at home. Sony also rules out using it over 3G as well but someone has already been running PS4 Remote Play over 4G LTE. 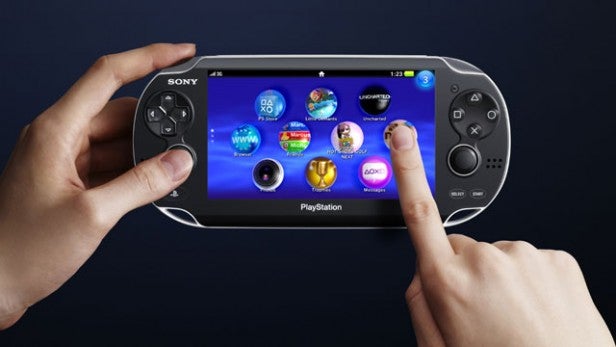 The brilliance of Remote Play doesn’t end there, though. If your DualShock 4 controller runs out of juice, the Vita can be used as a replacement controller. It can also save you spending more money on another controller because it actually works as a spare one. It might not be as snug in the hand as the new Sony controller, but it’s by no means uncomfortable to use.

A lot of this of course depends on whether you already own a PS Vita and let’s be honest, there’s probably not a lot of people that do. When it launched back in 2012, it cost more than a PS3 console and the games were lacking despite the impressive qualities of the hardware.

Sony has since seen sense and dropped the price to a more affordable £150. If you buy it with a PS4 (£349) you are going to have to pay out £500 to get the both of them. Sony has already announced PS4 and PS Vita bundles, but there’s little difference in cost buying them separately at the moment. 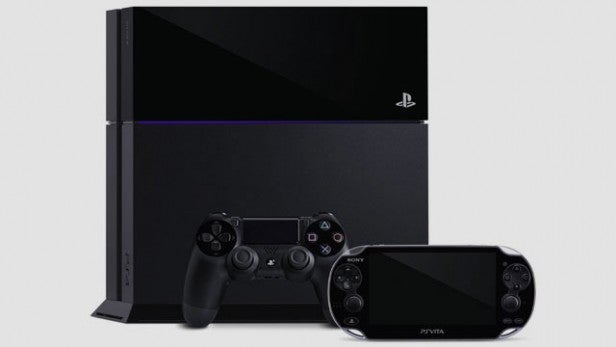 Together, they are £80 more than the Xbox One and it’s that point that you have to probably consider whether there’s more value in a smarter Kinect over the ability to carry on playing your games on the move. But then people spend about the same on an iPad, for example, so it’s not that crazy a price to pay.

Does Microsoft and the Xbox One have an answer to Remote Play? Well, not yet. Its Smartglass app has more in common with Sony’s PlayStation companion app. As we’ve seen with forthcoming titles like Watch Dogs, Smartglass is going to be employed in really interesting ways with phones and tablets you already own.

Remote Play is not perfect, either. The re-assigning of triggers to the back touch panel can be confusing and lack of support for streaming video apps like Netflix is a major disappointment. Your online environment will obviously dictate how smooth and latency-free the PS4 mirroring will be outside of a home network – using one of our top 10 best routers is a good idea.

But Remote Play on the PS4 is the second screen experience I hoped the Wii U would champion. For anyone who has used Nintendo’s console, you can’t leave the room with the GamePad for off-screen gaming and it doesn’t support all games.

Sony has barged Nintendo out-of-the-way and showed it how it’s actually done and for the first time, the handheld has real appeal.  Sony has been calling the PS4 the console #4TheGamers and by breathing new life into the Vita it has strengthened its hand in the next-gen war with Microsoft.

Next, take a look out our round-up of PS4 problems.