Amidst a sea of well-targeted negativity surrounding Sony’s omission of an Ultra HD Blu-ray drive, a seriously impressive technical achievement seems to have been lost: Sony has produced the first games console in history to output games at a resolution greater than Full HD, which steers it into territory that only custom-built gaming PCs costing in excess of £500 have been able to achieve.

In our Best Gaming PC spec guide, resident custom builder Ed Chester managed to construct this PC for around £500. Granted, it’s slightly more powerful and has loads more storage, but if you’re playing on a TV a few feet away, you can spend a lot less on a PS4 Pro and get (possibly) a very similar experience.
___________________

And that’s before we get into buying a controller.

As a die-hard fan of PC gaming, I have to admit I’m impressed with what Sony has done. It has produced the most powerful console available today for a much lower price than many would have imagined.

There are several ingredients to this success. First is AMD’s Polaris architecture. The fruits of this labour can be seen in the company’s Radeon RX 480 graphics card that retails for under £200 in its 4GB guise. It’s a card that’s capable of smooth Full HD (1080p) gaming at Ultra settings on PC and good 1440p performance at Ultra, too. 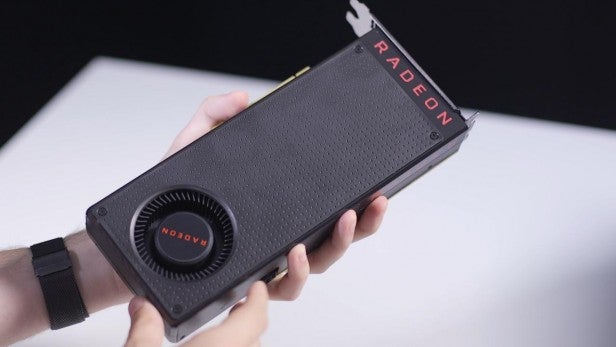 The addition of Polaris-based hardware to the PS4 Pro has given the console mid-range gaming PC levels of performance in terms of raw, brute-force power. In fact, the chip inside is exactly the same as the one in the RX 480 (albeit at a slightly slower clock speed), which is a great sign.

This in itself is impressive, but it’s actually some software wizardry from both Sony and AMD that has allowed the graphics chip to perform far beyond its specifications would suggest. Indeed, without this new technology, there’s no way the PS4 Pro would be able to get even close to the visual fidelity that’s been claimed.

What have they done? For 4K upscaling, the prevailing theory is that the PS4 Pro renders double the number of pixels to Full HD (around 2,688 x 1,512 according to Digital Foundry) and then uses advanced upscaling technology to delicately massage it up to 4K resolution.

This is done by using clever anti-aliasing algorithms that take an intelligent look at a set of pixels and decide how to upscale them. The result? Sharper-looking transitions between objects, more detailed images and none of that horrible, blurry softness you get with the most basic upscaling tech.

This means the GPU only has to render double the number of pixels to Full HD instead of six times for 4K. That makes a huge difference to performance.

It’s never going to be as good as true 4K, but the promise is that many games will be able to run at the crucial 60fps at this upscaled resolution, which is unheard of for a GPU of this calibre. If developers are actually able to make this happen, this is a huge deal.

Watch PS4 Pro: Everything you need to know

This house of cards is held up over the assumption that the player is plugging the PS4 Pro into a TV that’s a few feet away from them. The closer you get, the more obvious this anti-aliasing will appear. If you game on a TV that’s, say, 10 feet away, it’ll be a lot harder to see the slightly softer image created through this anti-aliasing tech. If you play on a monitor that’s on your desk, mere inches away, you might be disappointed. Until someone on the Trusted team has seen it with their own eyes, this is purely speculation.

Don’t have a 4K TV? Don’t fret: the PS4 Pro could still be for you. The suggestion is that PS4 Pro owners will be able to play games at higher graphical settings if their console is hooked up to a Full HD TV. If this turns out to be a seamless experience, this could be a very tempting upgrade path for current PS4 owners who don’t yet have the cash to buy a 4K TV.

Bottom line: getting this sort of performance on a compact living room PC for £349 is impossible right now. While I am disappointed Sony hasn’t bothered to include an SSD instead of a clunky old mechanical hard disk, it’s an impressive piece of kit. 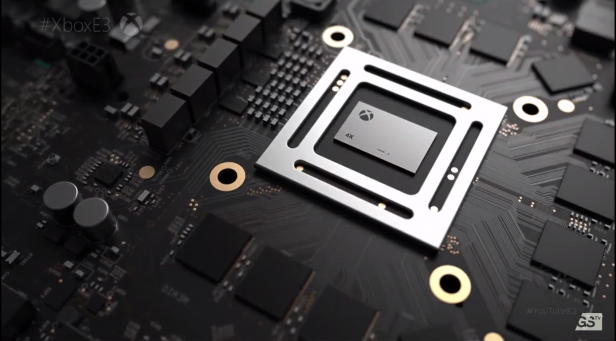 The Xbox Scorpio could still be a threat

Of course, you can’t write a piece like this without acknowledging the Xbox Scorpio. We know that it’ll be around 50% more powerful than the PS4 Pro when it launches at the end of next year, which is certainly not to be sniffed at. But without a price or any further details, it’s entirely up to buyers as to whether they’ll wait a year or buy a PS4 Pro right now.

Custom PC builders need not fear: there are still enormous advantages to building your own PC, not least the ability to upgrade the graphics card every two or three years when gaming technology advances. That, and the fact actually buying PC games is a lot cheaper in the long run. The so-called ‘PC Master Race’ probably isn’t worried, but everybody else looking for higher quality graphics on consoles should be delighted.

Do you agree with Michael? Let us hear your thoughts in the comments below.