There was smoke, fireworks (well in-game fireworks at least), exciting games you can only play on a PS4 and some impressive hardware announcements. Sony did E3 2014 right.

When I wrote my piece about the Xbox One lacking identity in its own E3 conference, I wondered if I had jumped the gun. Would Sony do any better or would it be more of the same? Could Nintendo really have the press conference to beat?

From the digital event, it was evident that Nintendo is a brand that has no problem with identity. In fact, its main problem is that its identity is too rigid, too formed and too restrictive.

Once again we saw a conference that will delight hardcore Nintendophiles, but leave the majority of gamers vaguely bemused as to why everything looks so cartoonish and last-gen. At least it offered something else though. The Wii U could easily sit next to an Xbox One or PS4 in the same household, its unique IPs and GamePad controller providing a different gaming experience to the other two and appealing to a slightly different audience.

However, in this three horse console race there is no denying Sony won the battle of the press conferences. The Japanese gaming giant blended potentially impressive original IP with a strong focus on indie gaming. Almost half an hour was dedicated to bringing indie devs to the fore, showing off their labours of love.

We got entranced by Entwined, a game that uses the dual sticks in an innovative way, while the makers of Journey brought us Abzu, another visual feast in the making. Then there was No Man’s Sky, a hugely ambitious space exploration game. All these, and more, were given their own stage time during the event.

This was a far cry from the short video of indie games that Microsoft played in its E3 2014 conference.

The additional content and options on third party games for PS4 also seemed to trump the “we’ll get DLC first on some games” that Microsoft’s Xbox One was armed with. Far Cry 4 on the PS4 and PS3 will let players who do not own the game play cooperatively with a friend that does. For free. That’s very good news and exclusive to PlayStation consoles. 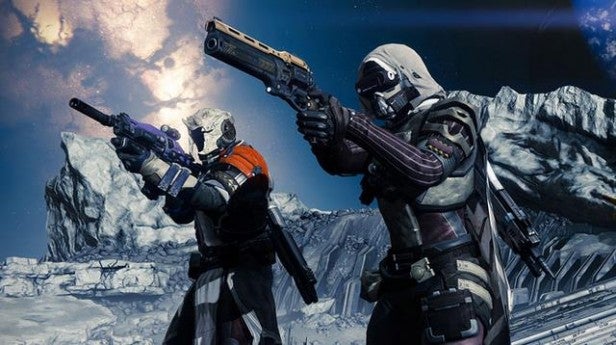 The freebies and added content were not isolated to Far Cry 4 either. Destiny will feature “exclusive, playable content just for the PlayStation community.” That’s not content that will appear first on the PS4 and then on other platforms, this is content that will only appear on the Sony console.

The PS4 will also bring more than 25 new free-to-play games to the platform over the next year. These include big titles such as Planetside 2 and Kingdom Under Fire 2 as well as cutesier titles like Fat Princess: Piece of Cake, My Singing Monsters and Reaper. 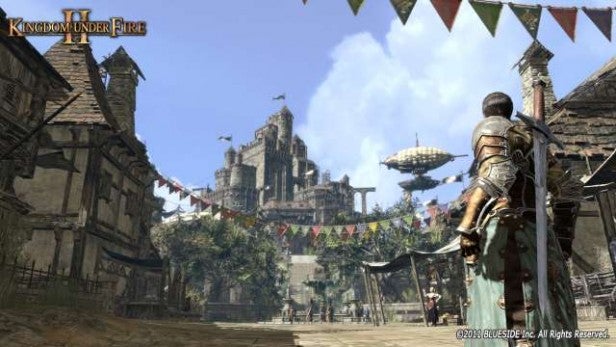 Kingdom Under Fire 2 will be free on the PS4

It could have been a mess. There was so much to say that without meticulous planning and good story-telling Sony’s conference would have been confusing. What’s the focus? Is it AAA titles or is it about indie games and free to play? Does the newly announced PS TV hardware and Project Morpheus cloud things further? Surely going on about exclusive Sony TV shows was a step too far?

But it didn’t feel a mess. Everything flowed seamlessly and at no point during the conference did it feel like Sony was losing its way. It continuously reiterated the point it was trying to make the PS4 the best place for gamers and therefore the conference was about appealing to gamers in more ways than just games.

Free content, check. Unique indie games? Absolutely. Exclusive AAA titles? Three of them in fact. The Order 1886 looked dangerously dark and foreboding, Uncharted 4 sumptuous and Little Big Planet 3 a riot. While we should never judge a game by its trailer, all three look mightily impressive.

It’s hard to forget the innovation of PS TV and Morpheus, as well as PlayStation Now coming to Sony TVs, PS4 and PS Vita in the US later this year. Sony’s exciting announcements just went on and on.

It might not all come perfectly, but there’s enough there to give even the most hardened gamer pause for thought and optimism for the future.

You with this round Sony.

Next read updated: PS4 vs Xbox One