E3 2013 is where we learnt a whole lot more about the Xbox One and the PS4, from what Sony’s console looks like to what games we’ll be playing on the machines later this year.

Here are the 10 most interesting facts we now know about the Sony PS4 thanks to E3 2013.

10. It’s a slanty box, smaller than Xbox One
The PS4 box has been revealed. And it’s a… slanty box.  It’s similar to the Xbox One in that it has a dual-finish look – part-glossy, part-matt.

However, it looks much sleeker and smaller than the Xbox. You’ll be able to sit the PS4 either on its bottom or on its side too, making it pretty flexible about where it goes in your living room.

9. It has region-free games
Games for the PS4 will be completely region-free – meaning games from any country will play on any PS4. This detail was confirmed by Shuhei Yoshida, Head of Sony Worldwide Studios.

Is it a big deal? Not for most people, as there’s not usually a huge disparity between when big games are released across territories these days. However, if you’re a fan of bizarre small-fry games that’ll only be released in, say, Japan, that the PS4 is region-free is a serious win. 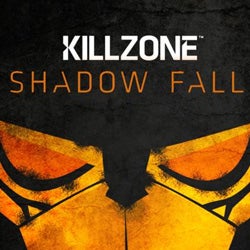 8. Exclusives include Infamous, Killzone and Final Fantasty XV
The game selection available on a console at launch is a huge key to its success. And exclusives matter more than anything with a console like the PS4.

Sony says the PS4 will have 20 exclusives, including classic franchises like Infamous, Killzone and Final Fantasy, alongside new IP titles like Knack and racer DriveClub.

7. You’ll be able to share games, old-school style
The PS4 does not use any kind of single-use registration code for its games. Where game renting will not be possible with an Xbox One, it should be perfectly viable with a PS4.

You need nothing more than the disc to play a game, so you’ll be able to take one around to a friend’s house, or share it with a friend, without any interfering DRM blocking them out. Sony 1, Microsoft 0.

5. It’s set for a ‘holiday’ release
Sony has not given us an exact release date for the PS4, yet. It’s even vaguer than the Xbox One’s ‘November’.

The PS4 will go on sale for the “holiday” season. That means before the end of the year – most likely very close to the Xbox One’s release. Pencil in a November release.

6. The Gaikai-based cloud gaming service will come in 2014, not at launch
One of the neatest features of the Sony PS4 ecosystem is the Gaikai-based streaming system Sony talked about at the console’s original unveil. It will let you play games from former Sony consoles – which aren’t natively supported by the PS4.

Sony has now confirmed that it won’t be available in late 2013, when the Sony PS4 arrives. It will come in 2014 – presumably Sony needs to sort out some tech issues (especially bandwidth management) before launching. 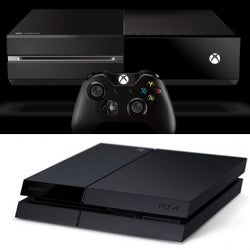 It’s a bit of a wince-inducing gap, but much of this can be attributed to the Kinect sensor, which ships with the Xbox One. The Xbox One needs a Kinect bar to function. The price difference is likely to give the PS4 a head start in the retail race.

4. Multiplayer is going PlayStation Plus-only
With a PS3, you don’t need to subscribe to the £50-a-year PlayStation Plus service in order to play with other people. However, that is about to change.

The PS4 will demand you have a PlayStation Plus membership to play with others over the web – much like Xbox Live at present. It will also be required to use streaming services, such as Netflix. It’s a bummer, but PlayStation Plus is currently a solid service that also gives you free access to a selection of games every month.

3. It doesn’t need an internet connection, unlike Xbox One
The Sony PS4 is very gamer-friendly – a good thing given it’s a games console. Where the Xbox One needs to connect to the internet around once a day, minimum, as part of an anti-piracy security measure, the Sony PS4 does not need to connect at all.

If you have a PS4, a game, a TV and power in your house, you’ll be able to play. Realising it has a bit of a PR win on its hands, Sony produced the funny little video below.

This could be a massive boon for the PS4, as it’ll mean retailers like Game will be able to flog lower-price pre-owned PlayStation games. Assuming there are any high street games stores left by the end of the year…

Sony has not announced any intentions to bring a ‘lower-end’ version to market. However, we’re likely to see one released in the future – there are 12GB and 500GB versions of the PS3

Next, survey the competition with our 10 top E3 2013 facts about the Xbox One