Pokémon Sun and Moon are an amazing step forward for the series, bringing with them their own Pokémon, gameplay tweaks and new features. Even if you’ve been playing Pokémon for 20 years, there is the possibility that you might find something here that will catch you off guard – or something you’d like to know more about.

TrustedReviews has put together a guide that will help you with Pokémon Refresh, Z-Crystals, Pokémon battling, Poké Pelago, Poké Finder and much more.

How to use Pokémon Refresh

A little like Poké Aime from Pokémon X&Y, Pokémon Refresh is a way to grow the relationship between you and your Party Pokémon. However, it’s also a useful tool post-battle to make sure you don’t waste money on healing items.

Petting your Pokémon, cleaning them after a fight, and feeding them Poké Beans will cause them to like you more, which will actually help in battle and make them earn more XP from each fight. The higher your relationship status, the more likely they’ll be to snap out of confusion, hold out with 1HP from what should have been a total knockout, avoid attacks, or even dish out a critical hit.

But Pokémon Refresh also lets you heal your Pokéfriends after every battle, curing their various status ailments from paralysis to poisoning. That means you won’t have to fork out for antidotes or paralyse heals, leaving you to plough money into amassing Pokéballs, potions and other useful items such as clothes.

How to learn from Pokémon Battles

Pokémon Sun and Moon sees some great tweaks to the gameplay that allow you to be more knowledgeable in battle. 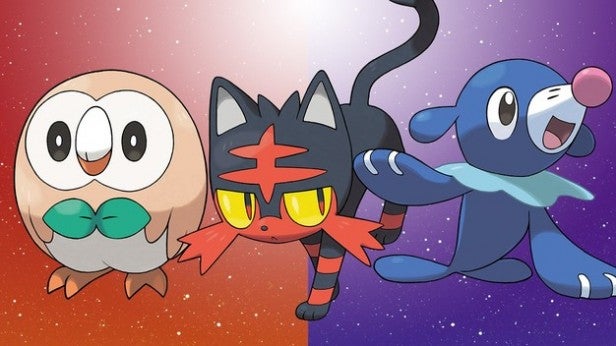 For one, the more you battle, the more help you’ll get. That’s because you’ll be notified on how effective each of your Pokémon’s moves will be against a foe if you’ve battled them before.

Effectiveness ranges from “super effective” to “not very effective”, and you’ll even be told if an attack on an enemy has no effect whatsoever.

You can check the stats of your Pokémon mid-battle, which is incredibly useful if they’ve taken a few hits to their evasiveness or defence. Simply tap the little replica of your Pokémon in the centre of the touchscreen and it will show you how your Pokémon is being affected by the current battle.

Then you can use an item such as X-Attack, or simply switch them out if the battle isn’t going in your favour.

How to take advantage of Poké Pelago

The Poké Pelago is a rather special group of islands where your Pokémon can frolic while they’re deposited in your PC boxes.

The more Poké Beans you collect, the more islands you can develop and upgrade, with each offering unique benefits.

Isle Abeens is the first island you’ll unlock and it’s your main source of Poké Beans; simply tap the Beanstalk and it will send Poké Beans tumbling down. But it’s also great for attracting Wild Pokémon, which may well decide to stick around and join your team the following day.

Isle Aplenny, on the other hand, is the perfect place to grown Berries. You can plant up to six Berries in one field and then you’ll be able to harvest them to use in the main game.

Isle Apun is home to a rather mysterious cave that your Pokémon can explore to find shards, Evolution Stones, interesting items, rare treasures and more.

Related: The Last of Us Part 2 latest news and rumours 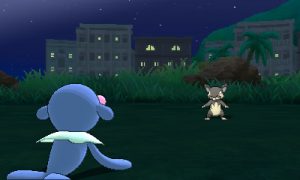 Then there’s Isle Evelup, which you can use to raise the base stats of a group of up to six Pokémon at a time – although the fully upgraded island can hold 18 Pokémon across three groups.

How to get all the Z-Crystals in Pokémon Sun/Moon

Z-Moves are brand new for Pokémon Sun and Moon, and mastering them is a crucial step to becoming a battling pro.

But in order to use them, you’ll have to collect Z-Crystals that are either Type-specific or Pokémon-specific. Here’s a quick guide as to where to find all the Z-Crystals in the game so far:

How to boost Pokémon base stats

If you want to make your Pokémon more powerful, you’ll need to raise their base stats across a number of areas: HP, Attack, Defense, Sp. Atk, Sp. Def and Speed.

You can do that in a number of ways, from battling to opening up specific islands within Poké Pelago.

Raising your Pokémon’s base stats through battle is the easiest way, but there are items that can help the stats grow faster than normal, including the Power Weight, Power Bracer, Power Belt, Power Lens, Power Band, Power Anklet and the Macho Brace.

Alternatively, you can raise your Pokémon’s base stats at the Festival Plaza by having them play on the bouncy houses. There are different types for improving different stats, but just remember you’ll need Festival Coins for each bounce session.

The Poké Pelago can also raise the base stats of entire groups of Pokémon at once, if you unlock Isle Evelup. This is the most efficient way to raise base stats since it’s possible to raise the stats of several Pokémon at once with only Poké Beans. Just select an appropriate drink and all the Pokémon in the group will have the corresponding base stat grow with time.

As you’ll know from previous games, you can also use items to increase base stats. These include HP Up, Protein for raising Attack, Iron for Defense, Calcium for Sp. Atk, Zinc for Sp. Def and Carbos for Speed.

How to catch classic Pokémon

Okay, we know what you’re thinking: you’ve just bought yourself Pokémon Sun or Pokémon Moon and you’re absolutely desperate to catch some familiar faces in the new games – especially thanks to those new Alolan Forms.

How to use Poké Finder

The new Poké Finder feature – aka the Pokémon Snap mini-game – allows you to snap photos of Pokémon in the wild. The specific Photo Spots are usually indicated by a specific chime sound, but here’s a quick guide to help you find each one:

How to use Pokémon Evolution Stones

As in previous Pokémon games, some Pokéfriends will evolve only if you’ve nabbed yourself an Evolution Stone, which come in various forms.

All you need to do is give the Pokémon the stone to hold and when it next levels up, it will evolve according to the Evolution Stone it’s holding.

You can find them in stores across the Alola region, or have your Pokémon gather them in Poké Pelago. 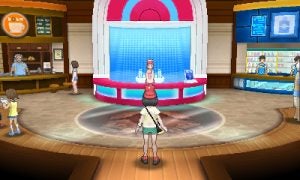 Here’s how the evolutions work: