Pokemon Go has arrived for iOS and Android, and Pokemon trainers around the world are discovering creatures in some unlikely places.

After what seemed like a somewhat drawn-out launch, Pokemon Go is now available for most iOS and Android users around the world, including in the UK. If you’re still waiting to get the app, click here to find out how to download it right now.

The game allows you to hunt and catch Pokemon using real-world maps. After a creature is found, the game uses your phone’s camera to create an augmented reality view where the Pokemon is superimposed onto the real world.

It makes for some interesting gameplay, with many budding Pokemon trainers running into fellow enthusiasts on their hunt for the more elusive species.

What is Pokemon Go?

But sometimes, the game can lead players astray. Australia’s Northern Territory police have already had to issue a warning after eager players wandered into a police station in search of Poke Balls.

And although the game’s only been out for a day or so, Pokemon are starting to crop up in other unusual places.

Here’s seven of the weirdest. 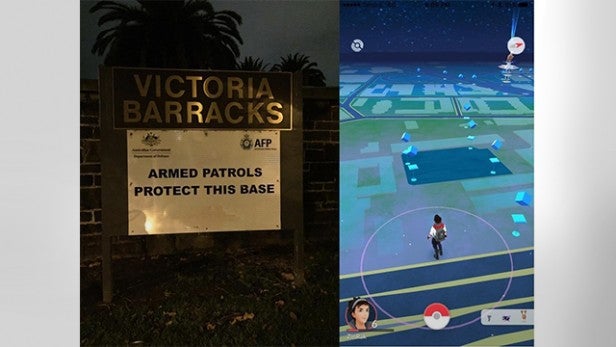 Before you can catch any Pokemon, you’re going to need some Poke Balls. Luckily the game is littered with ‘Pokestops’ – prominent sites that have been designated as supply stores where players can stock up. Unfortunately, for this particular Pokemaster, the abundance of Poke Balls lays within the bounds of a heavily-guarded military base.

But hey, you’re never gonna catch ’em all if you don’t have the balls…

It seems this Go player took some time to indulge in a spot of Pokemon hunting while… taking a break, shall we say. Obviously Spearow has no time for such activities, challenging this toilet dweller to a duel at what we assume was a fairly awkward moment. No less awkward than being a fully grown adult playing a kids’ game, though.

As it turns out, the bird Pokemon seem to have a penchant for lurking around the lavs, as these other tweets reveal: 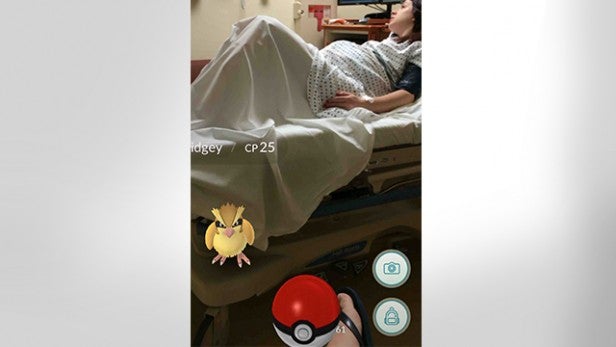 We’re not sure this one is entirely real, but we wouldn’t be surprised if someone in our modern age did take a game seriously enough to disregard the birth of their child in favour of bagging a Pidgey. I mean, Pidegey’s aren’t even that rare, mate. 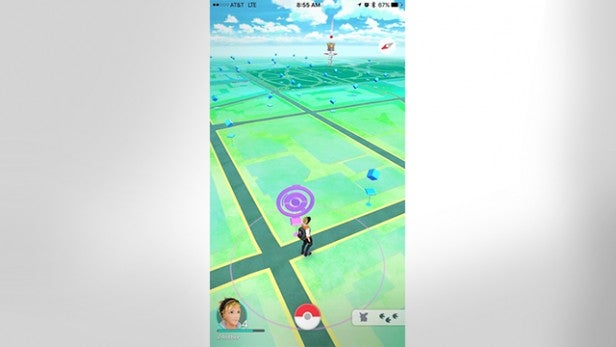 This guy reckons he found a Pokemon gym located at the White House, which can only mean Obama has given up on his Presidential duties in the face of an impending Trump administration and turned to mobile gaming as a means of passing the time. Either that, or Biden’s totally not been paying attention during the morning briefing.

This one’s pretty self-explanatory. A man has walked onto some train tracks in the pursuit of one of the more lame Pokemon – and notoriety on social media, of course. Which is, after all, what we’re all really trying to catch, right? Either that or he’s done a quick Photoshop job – which we hope is what’s really going on here because it can’t be too long before witless Poketrainers start meeting their maker as a result of wandering into situations just like this.

The game hasn’t been out for long, but there’s already a Magicarp theme emerging when it comes to Pokemon Go memes. The helpless-looking critter is showing up in all manner of unlikely venues, from the gym to this commuter’s crotch. Godspeed Joel, and remember those immortal words from the Pokemon theme song: “Every challenge along the way, with courage I will face.” Maybe keep your face at a decent distance, though. 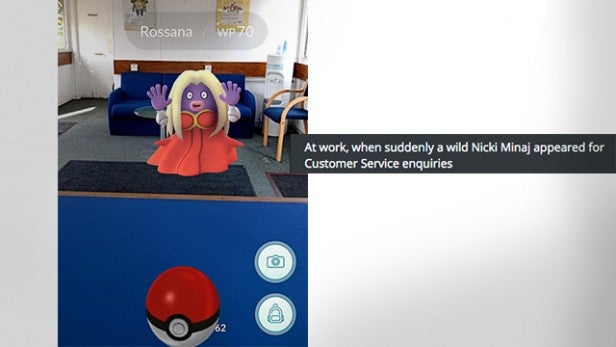 It seems the developers of Pokemon Go lined up some celebrity endorsements to help promote the game, and this lucky Imgur user just happened to stumble across one of them. Yes, it’s none other than Nicki Minaj! According to the Pokedex, Jynx “seductively wiggles its hips as it walks. It can cause people to dance in unison with it”, so be careful not to fall for her moves while in customer services.

Seen any other great Pokemon Go moments? Let us know in the comments or tweet us @TrustedReviews