2016 is almost certainly the year of virtual reality, with all three of the major headsets now out in the wild. Here we look at two of the biggest contenders for your cash, the PlayStation VR and Oculus Rift.

For many, choosing between these two VR headsets is obvious. If you’re a PS4 owner, PlayStation VR is for you. If you’re a PC gamer, meanwhile, the Oculus Rift is the obvious first choice.

That being said, many people will be on the fence wondering which one they should invest in. Also, it’s useful to know how the two differ, especially given the considerable difference in price.

We’ve compiled all the major differences between PlayStation VR and Oculus Rift to help you decide which is right for you.

Video: Trusted Explains – What is VR? Everything you need to know

Neither of these VR devices are pretty, and let’s not beat around the bush here – you will look like a berk using both.

Now that we’ve got that out of the way, in the grand scheme of VR headsets, both at least feel like finished products. The final version of the Oculus Rift is light and comfortable, with a reinforced strap and a smooth plastic body.

It still isn’t the prettiest thing in the world, but who really cares? Not us. 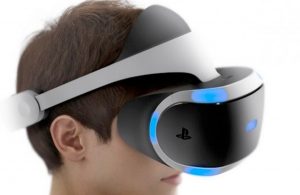 The PlayStation VR, by contrast, is arguably the best-looking and friendliest of all the main VR headsets. It’s got a swooping moulded black and white plastic body with funky glowing lights (which do have a practical purpose) and a design that spreads the load onto the front of your head.

It’s not subtle, but at least it looks vaguely futuristic rather than like an instrument of torture. Moreover, the PlayStation VR is more likely to suit glasses wearers due to the way it places most of the weight on your forehead rather than relying on the ‘ski mask’ design of the Rift.

On the downside, the Rift is lighter at 470g and has built-in headphones, whereas the PlayStation VR is 610g and you still need to wear headphones or earphones.

Unlike the smartphone-friendly quasi-VR experiences we’ve had to date, both the PlayStation VR and Oculus Rift employ fixed displays. No smartphone adaptors here.

It seems the PlayStation VR has the edge on refresh rate, with 120Hz topping the Oculus Rift’s stated 90Hz, but you probably shouldn’t read too much into this just yet. 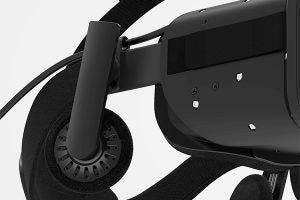 One extra piece of information to note on the hardware provision front: The PlayStation VR comes with an extra box for handling the interface between the headset and your PS4 console. This can also be hooked up to your TV with an HDMI cable, so other people can see what you’re seeing rather than just laughing at your awkward gestures.

Here’s where the PlayStation VR really has an advantage. It works with the humble PS4, which is the most popular home console of its generation, and a relatively affordable one at that.

The only other thing you need in addition is a PlayStation Camera, which sets you back around £40 separately, but which will probably be bundled in with the PlayStation VR. This is the reason for those external lights – the Camera uses them for tracking your head movement.

The Oculus Rift, by contrast, requires a monster PC to run. Who has a monster PC in this day and age? Hardcore PC gamers, graphic designers… nope, that’s all we’ve got.

What’s more, buying a new monster PC isn’t cheap, even if you build your own. Here’s the kind of PC rig you’ll need in order to run the Oculus Rift:

That’s some serious power and our experience so far is you should exceed these specs to get a totally smooth experience. A minimum of an Nvidia GeForce GTX 980 Ti is what we’d go for, but read our Best Gaming PC: Ultimate PC building guide for more help there.

The PlayStation VR utilises a pair of Sony’s Move controllers, one in each hand, which are tracked by that PlayStation Camera. You thought they’d forgotten about them since the launch of the PS4, didn’t you?

Naturally, some more traditional games will also make use of the PS4 DualShock 4 controller, which every PlayStation VR user will already have. 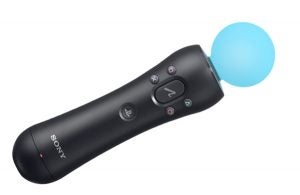 The Oculus Rift has its own pair of VR controllers, and these have the benefit of having been specifically created with VR in mind. Like the headset, they look more than a little odd. But also like the headset, that matters not a jot when you get to using them.

Our early experiences with the Oculus Controller(s) has been universally positive, with a degree of immersion and nuance that no other VR rival can match. In particular, we love how the controls fall naturally under your fingers, so it really feels like you’re reaching out and grabbing objects in the more immersive demos we tried. 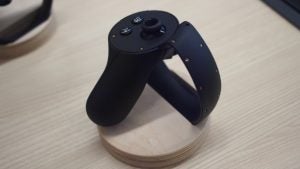 One major downside: they’re optional extras and aren’t currently available. Oculus has confirmed the Oculus Touch controllers will be available later this year for £189.99. A steep asking price for a couple of peripherals.

It’s the software that will really determine whether the second age of VR is more of a success than the first.

PlayStation VR, of course, has the full might of Sony’s first-party studios and a bunch of amenable third-party PlayStation developers to call upon.

There’s PlayStation VR Worlds from London Studios. This collection of impressive minigames has you shooting up gangsters in London, diving with sharks and flying through space. It’s a fantastic way to showcase your fancy new headset.

Playroom VR and Driveclub are two more interesting PlayStation VR games, the latter of which seems to be a jerry-rigged version of the PS4 original. 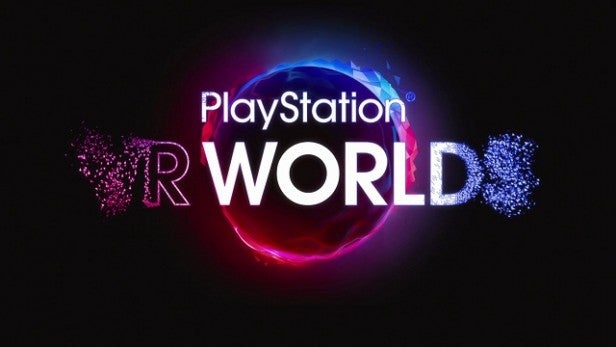 Of course, the Oculus Rift team has managed to assemble a formidable network of supporting developers itself. Naturally, it has virtually the entire PC development community behind it (even Valve, which has its own VR headset in the HTC Vive), but it also has support from traditional console developers. Take Edge of Nowhere, an Oculus exclusive third-person adventure from Insomniac Games (Ratchet & Clank, Sunset Overdrive).

Then there’s Eve Valkyrie, an immersive space combat game, and Conker-like platformer Lucky’s Tale, among others. 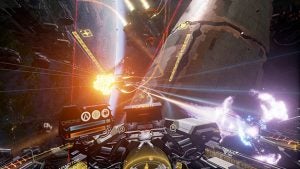 Oculus Rift is already available and will set you back £499.


Meanwhile, PlayStation VR is available at the price of £349, or $399. That makes it much cheaper than the Oculus, and even cheaper than the HTC Vive. You will need to buy a Playstation 4 Camera too, unless you already have one, which costs about £40. 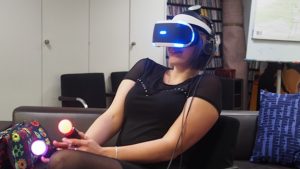 We’ve reviewed both headsets, and, they’re pretty damn impressive for a variety of awesome reasons. Check out our thoughts below.

“PlayStation VR is simply the best virtual reality headset you can buy right now. It’s cheap while not compromising on performance and quality. The headset is simply stunning and incredibly comfortable to wear, and the games already available are some of the best VR experiences I’ve ever played.” Click here for Brett Phipps’ full review of PlayStation VR.

“The Oculus Rift is a triumph for every tech head – this isn’t just a step towards the future, it is an almighty leap. It’s by no means perfect, but it’s already fulfilling a healthy fraction of its ultimate potential.” Check out our full review of Oculus Rift.