Now is an interesting time to buy a TV. Panasonic has decided to stop making plasma TVs, making the 2013 models the last in what is arguably the best quality TV technology for movie fans we’ve had. Panasonic has made some bold claims about its upcoming Studio Master 4K LCDs surpassing plasma, but until we see a finished product only OLED can surpass plasma for black level and Samsung reckons we’re three to four years away from OLED being affordable.

And then you have 4K TVs. Should you buy a top-end plasma TV now while you still can, or are you better off investing in 4K? That’s exactly the question one reader had, and our TV expert John Archer was on hand to give him an answer.

Peter S writes:
“I need your help to decide between a Panasonic VT65 plasma and the Sony 65X9005 4K TV. The price difference would only be £1,500, because the Sony is a demo unit.

What would you choose?

Is the 4K future proofing worth the not so good blacks, which for me are on the plasma superior to the Sony? Or will there be so much 4K in say 3-5 years that the plasma will look old fashioned, because it could not handle the much better 4K signals?

Second question, is the Sony VPL-VW500ES 4K projector worth the money, or should I wait one or two more years to see prices for 4K projectors at £4k to £5k for the same quality?”

John Archer: It’s worth waiting for new 4K TVs if you can afford to 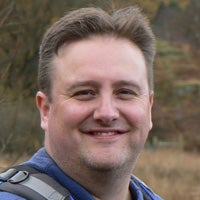 That’s a nice dilemma to be faced with!

I have to say that, if it were me, of the two TVs you mention I personally would go for the Sony 65X9005. I might not have said this up until a month or so ago, but the momentum behind 4K is now so huge that I’m convinced 4K sources are going to arrive sooner and in greater numbers than many people expect.

Given what a difference 4K (when done right, anyway) makes to picture quality
I should add here that I recently swapped a Pioneer KURO plasma TV for the Sony 65X9005 as my personal TV, and actually to my surprise I have absolutely no regrets about this. The Sony’s 65-inch X9005 is an outstanding TV (more so than the 55in version, strangely).

The only other course of action I might suggest you consider is waiting. I know this might sound painful, but the key point is that if you wait for Sony’s new 4K TVs to arrive they will carry HDMI 2.0 ports, which in my opinion are well worth holding on for if you can as they will ensure you can enjoy 4K at 60fps without any of the compromises in colour sampling HDMI 1.4 sets use.

The new Sony 4K sets will likely be quite a bit cheaper than the X9005As as well, I suspect, and there’s even a new flagship direct LED model in the new Sony range which from what I saw at the CES 2014 (see: Sony TVs in 2014) should deliver a big contrast boost. Though obviously we can’t be certain of the performance qualities of Sony’s new 4K TVs until we’ve actually had them to test.

As for the final part of your question, the Sony VW500ES projector is worth every penny of its money. Its price is actually pretty incredible in my opinion for what it offers — so much so that I would be surprised if 4K projection prices dropped significantly lower for a couple of years (though I’ll be happy to be proved wrong on this).

Obviously, if you’re trying to decide whether to buy a Sony VW500ES instead of a TV you need to think hard about the circumstances in which you’re looking to install it. For instance, projectors are generally not well suited to a normal living room environment due to the way they need total darkness to work at their best.

If you’re looking for something to put into a dedicated home cinema room, though, I’d think very seriously about the VW500ES, though as with the 65X9005A it doesn’t have an HDMI 2.0 port, so again you might be better off waiting until a revised model comes out, likely towards the end of 2014.

Ask the Expert is a new feature where our experts answer the burning
questions you have about what products to buy and when. If you have a
question you really need help with, email
andy_vandervell@trustedreviews.com. We cannot guarantee an answer to
every question, but the very best of your questions will get featured on
the site.