It’s fair to say that I’m intimidated by Palmer Luckey. He’s the founder and the genius behind the Oculus Rift virtual reality headset that got snapped up by Facebook. And he’s only 22.

So when I have the chance to meet him at Gamescom 2015 after playing with the consumer version of the Rift and the excellent Oculus Touch controllers, it’s quite an intense experience.

But nothing seems to phase Luckey. He strolls into the meeting room wearing a teal shirt with large yellow stars on it and sits down at the table opposite me. On the table is a row of objects such as controllers and toy cars. He doesn’t seem able to keep still.

Despite Facebook’s acquisition of OculusVR in 2014, Palmer still believes that games will be what launches virtual reality into the public spotlight.

, Luckey explains. “In a way, what the games industry has been doing for the last 10 or 20 years is building the foundations for virtual reality.

“Games are going to drive virtual reality for the foreseeable future, because they are the most natural fit for the technology.” 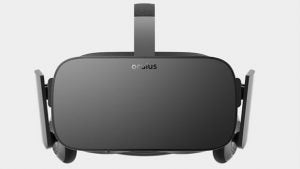 That’s not to say that he doesn’t believe virtual reality won’t have other applications in the future, and Facebook has certainly outlined its plans for pushing a wider adoption of VR.

“It’s all a matter of quality and cost. The higher the quality gets and the lower the cost gets, the more you’re going to see virtual reality adopted throughout different kinds of businesses.

“[But] I think it is probably the obvious conclusion for gaming in that it will allow you to play any type of game that you could possibly imagine, not just things that exist in the limitations of one particular platform.”

It doesn’t seem like Luckey believes there should be limits to the game experiences you can have with virtual reality either. In response to the comments from Sony’s Andrew House on the idea that VR sessions should only last 15-20 minutes, Luckey was quick to contradict.

“If you look at console games, there are lots of games that have play times going down as short as two minutes, like one round of Smash Bros. Then there are games that go all the way up to the point you can’t really have a good session without playing at least three or four hours. It’s the difference between playing Candy Crush and a game of Monopoly and I think there’s room for both to exist.

“I mean right now what you’re seeing in terms of 15- to 20-minute things, it’s more the realities of the technologies and how it exists today. A lot of the things are just demonstrations that are meant to get people in, show it to them, and get them out. That’s the most people are building around, because so far there haven’t really been any launches of virtual reality technology.” 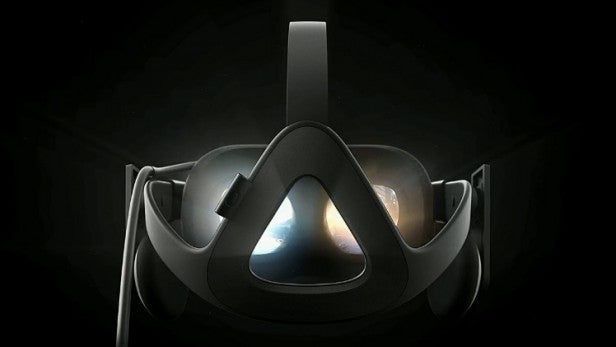 And it’s true. Demonstrations for Sony’s Project Morpheus, the SteamVR HTC Vive and Oculus Rift do last around 20 minutes, giving you a slice of the VR pie without taking up your whole day – which it could quite easily do for me, if they let me loose with a VR headset for that long.

But it’s starting to change with the Oculus Rift. More so than the other headset manufacturers, Oculus already has a handful of top-notch developers on board to produce VR-specific games that Luckey and co are showing demos of at events.

And that’s separate to the Oculus Touch demo Oculus is touring at the moment, which takes place in its Toybox simulation program used for testing the controllers. 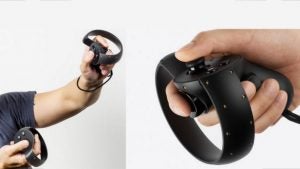 The Oculus Touch controllers, still in their Half Moon prototype form, are due to launch some time in the first half of 2016 – perhaps later than the headset itself, which is also compatible with the Xbox One controller.

“They’re something that I’ve been working on for about two years now. It’s been one of my pet projects at Oculus.

“The goal is to make something that allows you to interact with the virtual world as naturally as you interact with the real world. What we have isn’t perfect, but it’s a good step in the right direction and I think it’s currently the best virtual reality interaction technology that exists.

“We’re going to continue to expand the capabilities of the hardware. What we’ve shown today in the Touch Half Moon prototypes is not necessarily representative of what the final product will be, but I think it’s pretty good,” he added with a smile. 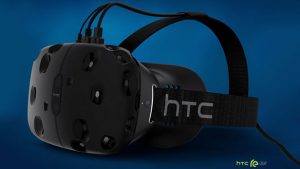 Despite the leaps that OculusVR has made with the Oculus Rift since it’s original Kickstarter campaign, it’s impossible to talk about it without discussing its new competitors.

The HTC Vive is due out before the end of the year (supposedly), while the PS4-compatible Project Morpheus should launch around the same time as the Rift itself.

But Luckey himself isn’t bothered. When asked about the competition, he shrugged it off.

“If Oculus was the only company that was in virtual reality it would be kind of concerning, because it would look weird that only one company believes in VR. But we’ve been in VR for a few years now – having all of these other companies jump in now and try to get into the same space really reinforces that virtual reality is something that a lot of smart people believe is the future.

That doesn’t mean to say that he’s confident virtual reality will be an instant success. In fact, he’s surprisingly candid.

“I mean the question is: how fast can virtual reality really take off? Right now, it requires a fairly significant investment in computing hardware, a pretty high-end PC.

“Plus, there’s not a lot of people who have tried virtual reality. Whether or not they think it’s great, or they think it’s not good enough yet, many people just haven’t even been able to make that judgement because they’ve never tried VR.

“Virtual reality is going to take a long time to become something that’s truly mainstream,” he admitted, but quickly added that he’s confident in Oculus’ fans. “You don’t have to be successful in the mass-market mainstream to get started with people who are willing to put on a headset.”