Mac OS X Mavericks is now available to download and it’s free. Here’s the best new features to look out for.

Announced alongside iOS 7 at WWDC back in June, Apple has announced that OS X Mavericks is free to download now. Set to support devices as far back as 2007 iMacs, the latest version of the software powers MacBook Pro and MacBook Air laptops 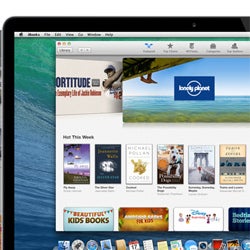 In the last few OS X updates, the Mac system gained a bunch of features that originally came from iPhone/iPad software iOS. Although OS X Mavericks has been touted by some as an update for more hardcore users, it also adds iBooks and Maps to Macs.

Some of these are much less useful in a laptop than they are in a phone or tablet – who wants to read a book on a laptop? But they reveal that the strategy of merging the two systems, bit-by-bit, continues.

Notifications bar
Less of a direct rip-off of iOS, but still something that owes a lot to mobile phones, Mavericks has a simple notifications bar that lets you know how many new emails you have, when you receive a new iMessage and so on. 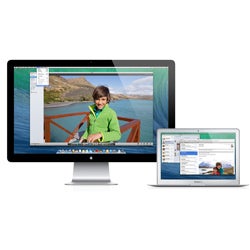 Mavericks take a much more dynamic approach to multi-screen use. Each display gets its own toolbar, and the shortcut dock skips between screens along with the cursor.

You can run apps full-screen in each too, rather than having to juggle app windows manually. The Mission Control mode lets you see what’s being displayed on each screen, from a single display. This will come in particularly handy if you’re using a TV as a secondary display using AirPlay.

iCloud Keychain
A way to make your everyday life simpler, iCloud Keychain stores usernames and passwords across MacBooks, iMacs, iPads and iPhones. As it’s a cloud service, all the devices can use the same secured store of password information.

It’s clever – and uses 256-bit encryption – but it’ll naturally make many people feel a little nervous. All that info – is it really safe and sound in the cloud?

However, it is an excellent solution to the password re-using antics most of us get up to – iCloud Keychain suggests complicated, near impossible to crack passwords for each of your accounts. And you won’t have to remember them, as that’s Keychain’s job.

New Mac apps
There’s more native apps are on the menu with Maps and iBooks added to the Mavericks lineup. Maps supports multi-touch gestures and the new 3D Flyover view from iOS Maps to let you view 3D buildings from your Mac. iBooks is also added to the ranks letting you access all of your purchases from your Mac including iBook textbooks.

Finder browser tabs
Here’s an OS X Mavericks improvement that feels like it should have been introduced yonks ago – tabs in the Finder app, the search tool in OS X. This lets you start a new search without losing the results from the previous one. 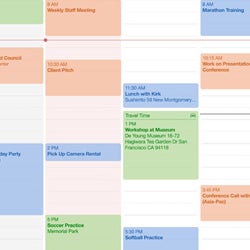 Calendar redesign
Dull but useful, Apple has redesigned the calendar app to make it more attractive and more useful. Weeks and months scroll by fluidly rather than having their own ‘pages’. And the close-up view of events with locations in them will show a little thumbnail of that location’s map, using the Maps app of iOS 7.

Tagging of files
OS X Maverick lets you tag files, grouping them without having to chance the actual names of the files themselves. You choose the ‘tag’ you want to use – any word works.

The idea is that you’ll be able to find groups of files very quickly by simply searching for that term in the Finder app.

However, some of the most important changes in Mavericks aren’t ‘new features’ but optimisations. The system is more efficient, resulting in better overall performance.