What’s the difference between the Oppo R5 and the new R7? We compare the specs to find out

Chinese manufacturer Oppo has unveiled its new flagship phone, the Oppo R7, alongside the slightly larger Oppo R7 Plus.

But it’s the smaller Oppo R7 that’s the successor to last year’s Oppo R5. Despite the apparent skip of the R6 moniker, however,  only half a year separates the announcement of the R5 and the R7.

Just how much has Oppo managed to improve its flagship phone in such a short time span? Let’s take a look.

Last year’s Oppo R5 was notable for being ridiculously thin. While its 4.9mm thickness was impressive in one regard, it actually compromised the phone’s practicality.

For example, it had no headphone jack. Those wishing to plug in a simple set of headphones required the use of a packaged micro USB adaptor, which was a ridiculous situation. 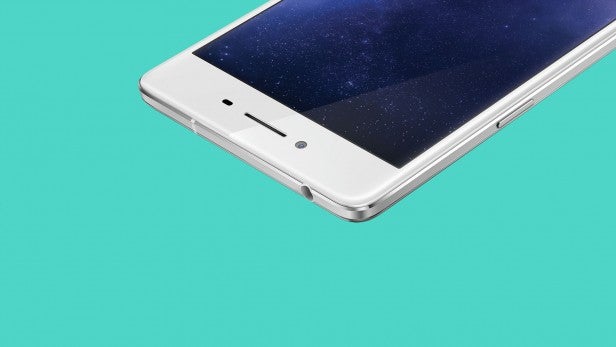 Fortunately, Oppo has seen the light. The Opp R7 might be thicker, but it can hardly be called chunky at 6.3mm. What’s more, its dimensions are far more practical, as evidenced by the reinstatement of that headphone socket.

Oppo reckon that the R7 has “the classic arc design of a violin’s neck to match the double-arcs of the body’s edges.” We’re not sure about that, but it’s a reasonably attractive phone in a slightly derivative kind of a way.

Both phones share an all-metal construction, which should lend the R7 a similar level of rigidity to the R5. The latter actually employed steel in its construction, but then with that super-slim body it was neecessary.

Oppo has actually taken the unusual step of shrinking the screen of its latest flagship phone. The Oppo R7 retains the R5’s AMOLED display and the same 1080p resolution, but at 5-inches it’s 0.2 of an inch smaller.

This move makes a lot more sense when you consider the presence of that Oppo R7 Plus phablet, which dwarfs both with its 6-inch panel. 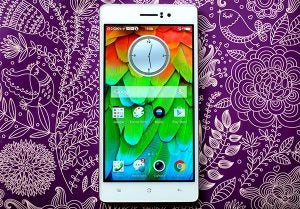 Undoubtedly the most interesting thing about the Oppo R7 – and this arguably belongs in the design section as much as the screen one – is its edge-to-edge nature. There are virtually no side bezels here.

In actual fact, this approach is little more than an optical illusion. Oppo calls its 2.5D glass, which essentially works out to a clever refraction technique that projects the picture outwards, offering the impression that the panel itself runs right up to the edges.

It remains to be seen how this affects picture quality, but full marks for original thinking.

The Oppo R7 offers the very rare example of two successive generations of smartphone run on the exact same processor. It’s perhaps the biggest indicator of that half-year gap in between releases.

What you get with both phones is the Snapdragon 615 CPU, Qualcomm’s most recent mid-range chip. It holds its own in terms of performance, offering roughly equivalent performance (or not far off) to last year’s top-end chip, the Snapdragon 801. 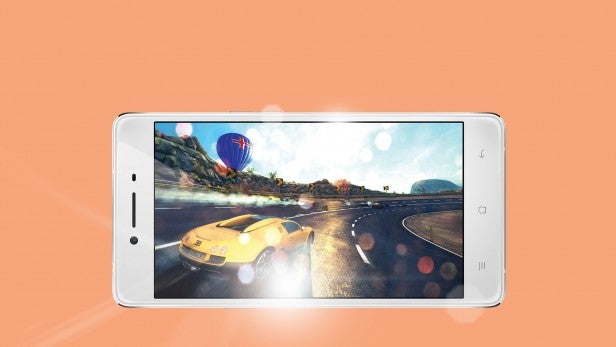 It packs a future-proof 64-bit architecture, too, which arguably makes it better suited to the Oppo R7 and its Android Lollipop OS (which is Google’s first 64-bit mobile OS).

The only power advantage the Oppo R7 has over the Oppo R5 is a greater amount of RAM, with 3GB besting the older phone’s 2GB.

Both phones have a 13-megapixel main camera, but interestingly the older Oppo R5 has a faster f/2.0 lens.

That appears to be balanced out by the presence of phase detection autofocus technology in the Oppo R7 – something Apple added with the iPhone 6.

The Oppo R7 also has a superior front-facing camera – 8-megapixels versus the Oppo R5’s 5-megapixel unit. 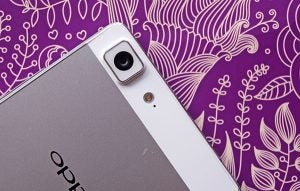 The Oppo R5 gained criticism (including from us) for featuring a relatively meagre 16GB of internal storage with no facility for expansion. It seemed to be another victim of Oppo’s obsession with being the thinnest.

Fortunately, Oppo has rectified this omission with the R7. It still only has 16GB of internal storage, but this time there’s a microSD card slot cleverly stashed away in the dual-SIM tray. 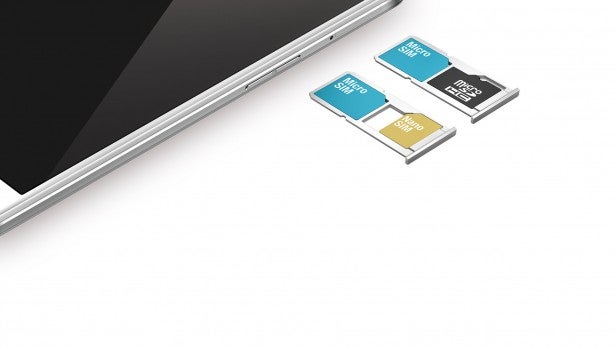 It means giving up on running two mobile accounts simultaneously, but that’s not such an issue here in the west.

All in all, this small inclusion is a massive advantage for the Oppo R7, as that 16GB will be filling up pretty swiftly with apps, games, and media.

The Oppo R7 will ship with Android 5.1, currently the very latest version of Google’s mobile OS. It’s pretty great, and a big step over the Android 4.4 OS that the R5 shipped with.

Of course, both phones hide their Android roots with Oppo’s own heavy ColorOS UI. The R7 has the newer version 2.1, but both get rid of the app tray and offer a bunch of themes – many more of which can be downloaded from an online store. 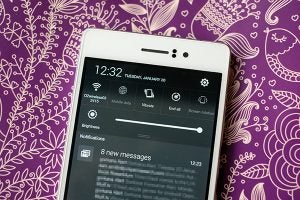 The Oppo R5 with its ColorOS 2.0 wasn’t the slickest or most attractive experience, and we’re not hopeful of any drastic improvements with the R7. Having said that, Android 5.1’s underpinnings should boost general navigation performance.

We’ll hold our verdict until we’ve had some hands-on time with the new phone.

Perhaps the most obvious and inevitable compromise with the R5’s super-thin body was its teeny-tiny battery. At 2,000mAh, it was much smaller than its Android rivals at the time.

Oppo has boosted the capacity with the Oppo R7 to the tune of a 2,320mAh battery. That’s still not massive, but it’s a considerable improvement.

Given the lack of major hardware changes elsewhere, it should almost certainly see the R7 comfortably through a day of moderate usage with a little change to spare – something the R5 couldn’t always provide. 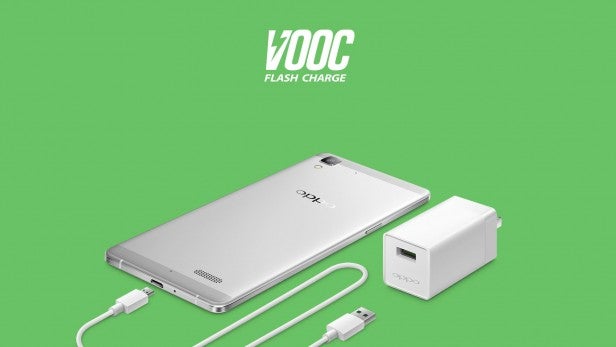 Both phones make use of Oppo’s VOOC fast charging standard, which gives you 75 percent charge in just 30 minutes. That goes some way to making up for those slightly puny batteries, for sure.

We can safely say that the Oppo R7 will be a better phone than the Oppo R5, despite the fact that it’s only just been announced in its native China.

The reason for this confidence isn’t quite as positive as it might sound. The Oppo R7 is extremely similar to last year’s model, with a very similar display and camera and an identical processor.

What Oppo has done here is correct some of the glaring flaws of the R5, all of which were brought about by the company’s misguided obsession with making the thinnest phone in the world.

The thicker R7 has a bigger battery, a microSD slot, and a 3.5mm headphone port. This, along with its innovative edge-to-edge screen gimmick, makes it an obvious improvement, but not the massive leap forward some would have hoped for.

Still, we’ll reserve full judgement until we can get the new phone in our hands and really see what the improvements have done for Oppo’s flagship.