Backwards compatibility has been far more central to conversations about next-gen consoles than most would have predicted. With new information presented this week on both the Xbox Series X and PS5, both updates featured backwards compatibility front and centre. So, why are old games so crucial to the future of gaming?

Will next-gen consoles be good value?

Gamers are acutely aware that next-gen consoles will be expensive and, as a result, both Microsoft and Sony need to make sure players can see long-term value in the new machines.

While prices aren’t confirmed, they’re going to cost just as much, if not more, than previous generations. Supply chains will undoubtedly have been affected by the coronavirus outbreak too, which is likely to have made production slightly more expensive.

So, thanks to the comprehensive backwards compatibility features that seem to be available on both consoles, early-adopters won’t be unwrapping their new console only to grumble about the lack of new games they can play on it.

For example, while Godfall’s reveal as a PS5 launch title didn’t get too many gamers excited, who wouldn’t be excited to fire up retro PlayStation classics that they’ve been missing for years? Yes, we still need new titles, but a diverse library including brand-new titles mixed with retro favourites is an appealing pitch. The current PlayStation Store offers one or two token gestures in this department but doesn’t go the whole hog. 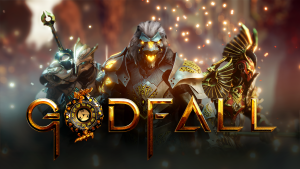 A new outlook on backwards compatibility

One worry, for Sony and Microsoft, (rather than for gamers,) will be whether this backwards compatibility cuts down on purchases of new games.

Remember the PS3 launching with backwards compatibility? Initial launch versions of the console played PS2 games too. After a while, Sony axed this, seemingly because people weren’t buying enough new games. Now, we’re getting a value-adding feature that console makers weren’t previously happy to offer.

Those with large digital games libraries could hop onto the new console without buying a game for months. If lots do, how will developers and console manufacturers feel about the feature?

So, this time around, things are different. The sheer level of competition between these two next-gen consoles has meant that neither is willing to potentially offer the other any advantage by denying backwards compatibility, even if it impacts on game sales at times. Equally, with digital libraries increasingly replacing physical discs, there seems less excuse not to offer backwards compatibility.

Dragging retro games into the next-gen

Loads of gamers I’ve spoken to remember buying a single game multiple times. The Last of Us, having bridged the gap between the PS3 and PS4, is a common offender. As is Oblivion, since it became available on PS4 via the PlayStation Store. Buying the same game multiple times sucks and thankfully backwards compatibility seems to be ready to put an end to it.

The Xbox Series X can also enhance Xbox One games, so there won’t be any pricey ‘re-mastered’ versions flying off the shelves. Instead, if you’ve already bought a digital copy of say, Cyberpunk 2077, on Xbox One, then you’ll be able to play that digital copy if you upgrade to the Xbox Series X. Phew.

Related: PS5 – Everything we know about Sony’s next-generation console 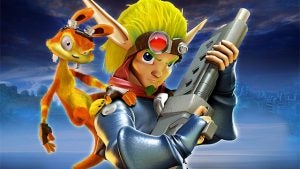 PS2 classic, the Jak and Daxter series, is already available on the PlayStation Store

Is the price right?

But, prices will be a crucial factor in all of this. Before we get too excited about Sony and Microsoft offering up libraries of old classics on new, shiny consoles, let’s see how much those old classics cost and, indeed, how much the consoles themselves cost.

It would be a shame for backwards compatibility to re-boot old classic games, only for them to feel like a money-grabbing ‘money for old rope’ sort of offering.

Equally, the price of the consoles themselves remains a huge talking point, but we could hear about this very soon.