OPINION: When you come at the king, you’d best not miss, as the old adage goes. Well, Epic Games came hard at Apple and, thus far, it doesn’t appear the Fortnite developer has landed a significant blow.

Apple floated like a butterfly and stung like a bee by removing Fortnite and then Epic’s developer account from the App Store, after the company contravened rules on direct payments to protest Apple’s long-standing practice of hoovering up a 30% cut of all in-app purchases.

Regardless of whom you side with here, it’s indisputable Epic picked this fight and did so at a very opportune moment. It waited until there was a groundswell of anti-Apple sentiment surrounding gaming, and on the eve of the launch of a new Fortnite season.

Now, Epic CEO Tim Sweeney appears to be striking a different tone to the company’s early full-of-moxie stance. Sweeney is predicting a “death sentence” for any company that refuses to play by Apple’s rules. That’s despite Fortnite’s removal from the App Store being completely avoidable and of its own doing.

Apple even says it would willingly welcome Fortnite back to the App Store on the original terms while Epic’s grievance plays out in the legal arena. In the meantime, gamers would get to enjoy the best and newest version of Fortnite on Apple devices again and Epic would continue banking 70% of all revenue from in-app purchases of its V-Bucks currency.

In a recent tweet (below) Sweeney wrote: “In the real world, when one store makes a crappy decision about which products it stocks, it’s not a big deal – you just go to another store and buy it. Under Apple’s monopoly, a decision not to carry a product is a death sentence to that product and shuts out all its iOS users.”

Whether the “death sentence” Sweeney is referring to concerns his own product is unclear, but it’s all a little bit dramatic isn’t it? Last Friday, the company made a filing to a California court claiming it was “likely to suffer irreparable harm” (via Reuters) as a result of the App Store ban, which again happened because Epic made a conscious, calculated decision to poke the bear, rather than any act of aggression from Apple.

Epic is valued at $17.8 billion dollars (via Venture Beat). Given its success on a wide range of platforms, it’s very unlikely that its absence from the App Store is going to cause the company to go out of business or suffer real damage. We can all do without the Oliver Twist “please sir, can I have some more?” act.

The comments are, of course, designed to elicit sympathy for Epic’s position, which is not without merit. The company has a completely legitimate grievance surrounding the 30% fee Apple charges for all in-app purchases. Playing ball is the only way for developers to conduct business on the App Store.

Apple and its supporters argue that the App Store’s walled garden and payment systems are designed to ensure a safe and secure environment for its users. However, taking-in almost a third of revenue for the privilege of delivering the in-app purchases is considered by many to be excessive – especially considering Apple is known to have offered Amazon a sweetheart deal to get Amazon Prime video on the App Store.

Starting a war with no soldiers

Epic’s problem isn’t necessarily the moral platform it is protesting on. Convincing Apple to let developers set up shop on its platform is a complete non-starter, but lowering in-app purchase fees is an attainable compromise that would benefit most developers and help the industry as a whole.

However, Epic went gung-ho, with an extremely rambunctious anti-Apple PR campaign – even mocking Apple’s famous 1984 commercial and holding “Free Fortnite” tournaments. While Epic has won support from some in the software community, notably Microsoft, the company hasn’t seen fellow developers rush to its banner carrying pitchforks.

In the current climate, it’s hard to expect struggling developers to risk it all by coming to the aid of multi-billion dollar gaming giant, but in truth, this would have made life much more difficult for Apple. 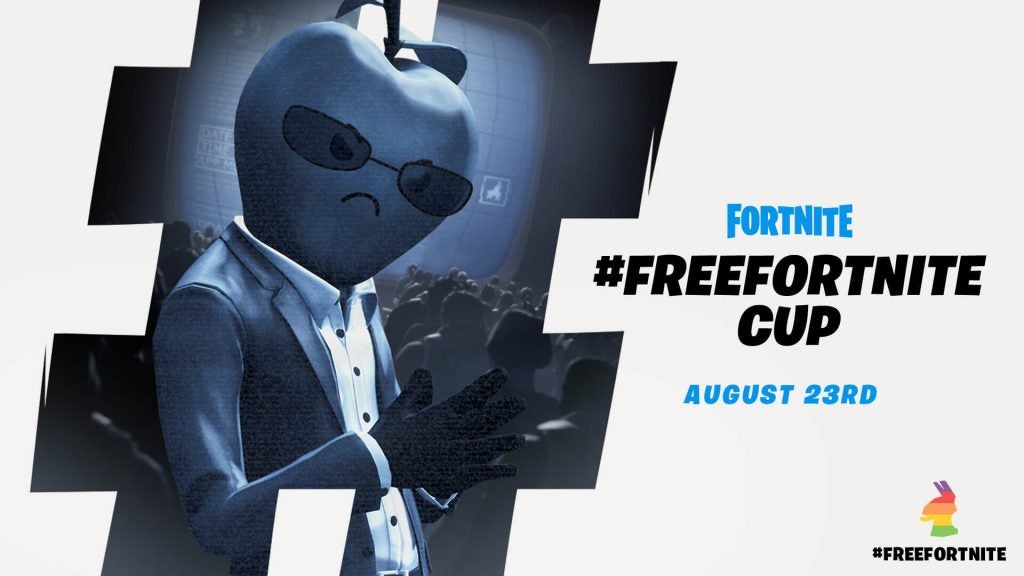 A groundswell of support for Epic would have made it harder for Apple to resist calls for change in its App Store policies. As it stands, Apple can hold firm against just one developer. Cupertino legal teams will have been preparing for this challenge for quite some time and is probably not too displeased with the current state of affairs.

The support may be there for Epic vocally, but it hasn’t materialised in terms of action as Epic may have envisioned. Despite concurrent complaints over its unwillingness to let services like Microsoft’s xCloud and Google Stadia launch on the App Store, Apple now looks to be in an even stronger position than a couple of weeks ago.

A switch in rhetoric

Epic’s rhetoric has quickly gone from boisterous and confident, to the doomsday prophecy alleging Apple wants to “destroy the business” of any one who dares to challenge the world’s most valuable company.

In the filing last week Epic said, Fortnite’s banishment was: “a clear warning to any other developer that would dare challenge Apple’s monopolies: follow our rules or we will cut you off from a billion iOS consumers – challenge us and we will destroy your business.”

Look, Epic started this war, deliberately and strategically. It knew exactly what to expect. We know this because phases b), c) and d) of the strategy were already in place, right down to the immediate legal challenges it filed as the ban hammer dropped.

Epic is absolutely right, it did more than anyone to legitimise gaming on iOS platforms, right back to those brilliant and, at-the-time, mind-blowing Infinity Blade games a decade ago. Its Unreal Engine development tools are utilised by a large number of third-party App Store developers who are making great games for the platform – democratising development for those who couldn’t afford to build their own game engines.

Epic and its Unreal Engine have been an overwhelmingly positive force for good for mobile gaming and Fortnite is arguably the most significant video game in the world right now. Epic may have thought this made it infallible. Instead it has backed itself into an unenviable corner, with a climbdown looking like the only way back to the App Store.

No-one is saying Epic and other developers don’t have the kernel of a legitimate grievance here. However, the company must now be privately wondering whether this brazen course of action was the wisest one.