This year’s been all about reboots. Over the last few months, we’ve seen the stellar Final Fantasy 7 remake hit the scene and exciting reports that the original team behind Silent Hill may be working on a reboot for the PS5 mere days ago. But for me, there’s one franchise that no-one’s mentioned that’s begging for a remake: Manhunt.

For those too young to remember, Manhunt was a brutal survival horror game that debuted on the PS2, Xbox and PC back in 2003. It dropped you into the shoes of a death row inmate caught in a Purge/Running Man style death race.

As a game it was pretty basic, tasking you to sneak, kill and sprint your way through a series of sandbox locations full of hostile hunters looking to execute you in the most brutal way possible.

The game was banned in most countries for its over the top and, at the time, realistic execution animations, which included everything from choking someone with a plastic bag to caving their face in with a baseball bat. From a gameplay perspective, this was the only thing that made it noteworthy.

But it wasn’t the gameplay that made it so iconic. It was the setting and underlying dystopian warning it carried. Forget that horrid pig man with a chainsaw, the main thing that made the game so uncomfortable was the sheer depravity of the wealthy right-wing Illuminati running the event and controlling the cameras capturing the raw violence. 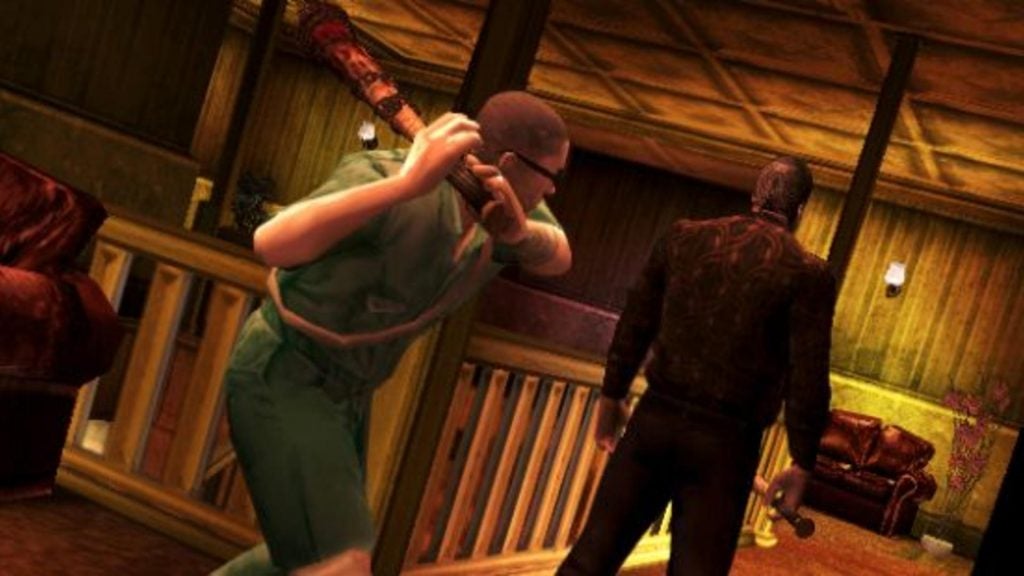 The powers pulling the strings operated with near impunity from on high and with an unashamed lack of caring for all the people beneath them. Sound familiar? It should, the same could be said to a lesser extent to be applied to the current political landscape.

It’s no secret, today’s politics are pretty turbulent at the moment. With a certain orange ‘leader’ across the pond causing international offences on a near-daily basis and the UK having to deal with a modern-day Rasputin rampaging through Westminster, it’s clear the world’s gone a little topsy turvy. Which is why many of us have had many sleepless nights and I think gamers would welcome a good old satire of the political blowhards.

The original Manhunt skated with political satire, but I’d like to see a reboot take it to the next level and create a true 80’s movie style mockery of the current political climate. Back in the day, Robocop did this to great effect, as did Schwarzenegger’s Running Man – which, orange suit and Sci-Fi setting aside, has an almost identical premise and plot to Manhunt.

I mean, it wouldn’t even be that hard to create satire versions of the guilty parties – most of them already look like the 80s villains. What’s more, with the PS5 and Xbox Series X both on the horizon, the developers will have a lot more graphical grunt to play with, making it a perfect time to revisit the genre and fix some of its unintentional rougher edges.

Hopefully this fact isn’t lost on those behind the first game, and we’ll see a fresh Manhunt appear in the coming months as more launch titles for the new consoles are revealed.