OnePlus has finally announced the OnePlus X, and it comes just two months after the release of the OnePlus 2. What gives?

There’s been rampant speculation surrounding the OnePlus X of late, which you suspect must please OnePlus – a company that doesn’t do traditional advertising – no end.

Is this the ‘OnePlus Mini’ we’ve been expecting since the days of the OnePlus One? Is it a super-affordable OnePlus 2 alternative? Is it a premium-design powerhouse built to mix it with the iPhone crowd?

Interestingly, the answer to all of these questions is the same: No. Not quite.

The OnePlus Mini we’ve been looking for?

The OnePlus X is indeed the smallest OnePlus phone we’ve seen yet, with a 5-inch display that comes in well short of the 5.5-inch OnePlus 2 and the OnePlus One.

However, this screen is too different to its predecessors to warrant the rather belittling ‘Mini’ tag.

Most notably, it’s an AMOLED display. This sets it apart from the OnePlus 2 by enabling far deeper blacks and more vibrant colours. Think Samsung Galaxy S6 rather than iPhone 6S. 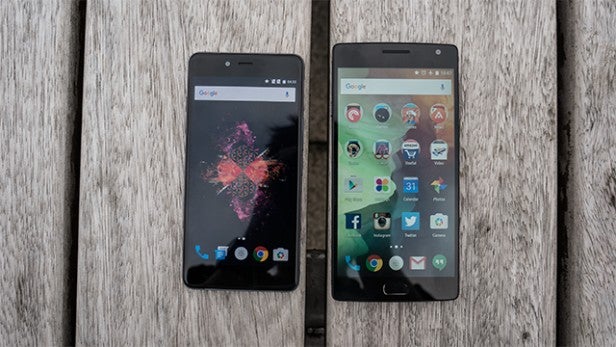 OnePlus isn’t content to settle for a more striking picture, either. It’s capitalised on this AMOLED technology by incorporating an ambient “duochrome” mode, which will alert you to new notifications without powering on the whole screen.

One thing OnePlus has kept the same is the OnePlus X display’s 1080p resolution, which means that it’s actually sharper than the OnePlus 2’s. Those smaller dimensions make for a more pixel-packed 441 ppi output compared to the OnePlus 2’s 401 ppi equivalent.

Design is more iPhone 4 than OnePlus 2

The OnePlus X’s classy display sits well with a bold new design that looks nothing like the OnePlus 2’s.

In its cleanly rounded corners and flat metallic edges, it’s more reminiscent of the iconic iPhone 4 than its immediate predecessor.

As OnePlus CEO Peter Lau puts it, “The OnePlus X is a design-centric device,” which means that the company has invested a lot more in the materials that go into the phone.

It comes in two models. Onyx, which is the main one, has a highly polished black glass back, while the limited edition Ceramic has – you guessed it – a ceramic backplate. 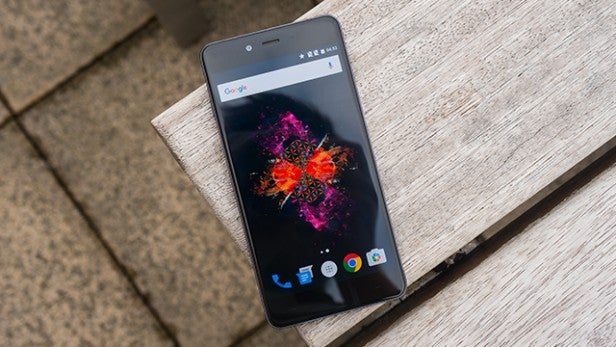 OnePlus says that this ceramic back is “scratch-resistant with a hardness of 8.5H on the Mohs scale,” so it shouldn’t shatter as easily as you fear it might.

It does weigh a fair amount more than the regular glass model, though – around 160 grams versus 138 grams.

One shared design feature that we’re happy to see returning is the alert slider, which proved to be a rare physical control treat on the OnePlus 2.

Similar, but not identical, cameras

At first glance, the two phones appear to share the same basic rear camera set-up, but there are notable differences. 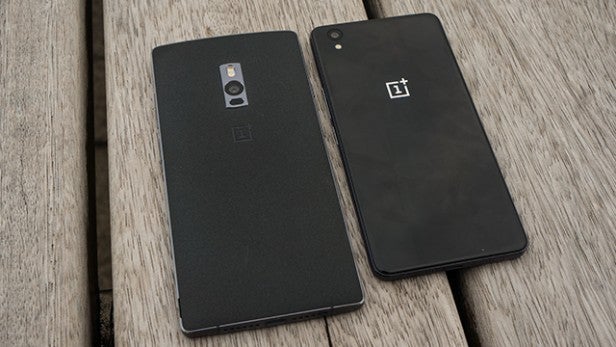 However, the OnePlus X camera balances this out with phase detection autofocus (PDAF), which should make it the quicker-snapping camera overall.

The OnePlus X also has a sharper 8-megapixel front-facing camera, which means that it should take crisper selfies than the 5-megapixel OnePlus 2 equivalent.

A big step back in performance

The biggest compromise with the new OnePlus X comes in the form of its power plant. It runs on a Snapdragon 801 processor, which is the same processor that powered the OnePlus One.

This chip offered flagship performance in 2014. Now, not so much – particularly when you compare it to the OnePlus 2’s significantly more powerful Snapdragon 810.

There’s 3GB of RAM in the OnePlus X, however, which should keep things ticking along smoothly. It’s the same amount as can be found in the 16GB model of the OnePlus 2, but the 64GB model gets 4GB. 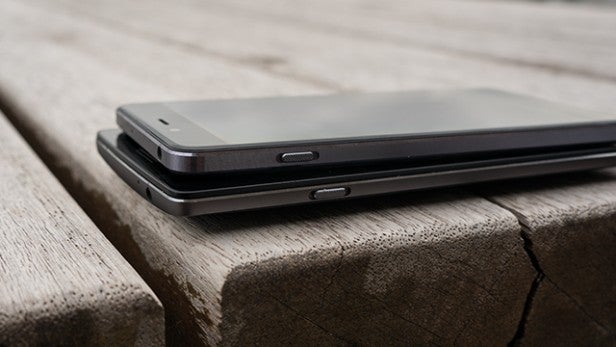 One of the biggest things people seemed to ask for – and failed to get – in the OnePlus 2 was expandable storage. OnePlus simply didn’t see the point.

It’s relented in the OnePlus X, but it has stuck to its guns in making it part of a clever dual feature.

The OnePlus X has two nano SIM slots, so you can run two mobile accounts from it simultaneously. This is a common feature in smartphones launched in developing countries, but it hasn’t really taken off in developed countries as yet.

It doesn’t really matter, however, as the second nano SIM slot can be used to accept microSD cards instead. This means that you can expand its 16GB of internal storage by up to 128GB. 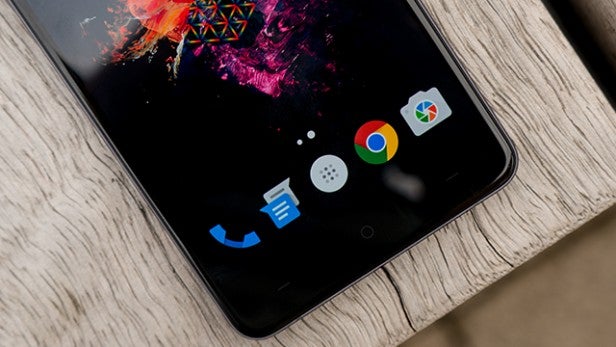 It starts from £199 for the basic glass version, which is £40 cheaper than the £239 starting price for the OnePlus 2.

However, if you want to pick up one of the 10,000 limited edition OnePlus X Ceramic models, you’ll have to pay £269, which is more expensive.

Of course, the top model of the OnePlus 2 is the 64GB model with 4GB of RAM, which costs £289. So it’s still the pricier model overall, but there’s really not much in it. 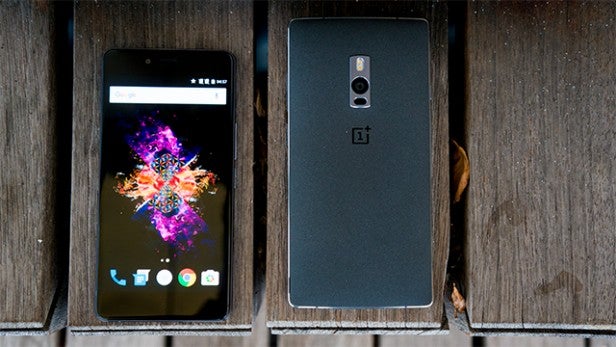 The OnePlus X is a curious device, but its arrival is something we have to applaud.

OnePlus hasn’t been content to lazily repackage the OnePlus One as a cheap alternative to the OnePlus 2. Nor has it simply built a cut-down version of its latest flagship phone.

Rather, the OnePlus X is a completely new phone with its own strengths and design principles.

Making a choice between the OnePlus X and OnePlus 2 is far less about price, and far more about your own personal preferences and requirements.

Which do you value most, premium design or performance? Do you demand the biggest screen possible, or do you prefer your smartphones to be compact and easy to wield in one hand? A screen that provides you with low-power notifications, or a phone with a fingerprint sensor for unlocking it?

We’re not sure which of the OnePlus X and the OnePlus 2 we’re going to prefer at this early point. We’re just happy to celebrate the differences.