What new for OnePlus One owners in Oxygen OS?

The OnePlus One garnered a cult following in 2014, thanks to high-end specs and a mid-range price tag. The sub-£250 phone from the spin-off company of Oppo shipped with CyanogenMod’s more customisable version of the Android 4.4.2 KitKat operating system.

Since then, OnePlus has announced a split from Cyanogen, and is now making its own Android alternative in the shape of Oxygen OS. There will still be a next instalment of CyanogenMod at some point, despite the break-up, so you’ll have the pick of the two Android-derived operating systems.

Oxygen OS is now available to download and will work only with the OnePlus One. Along with showing you how to get the update on your handset, we’ve also taken a look at the new features set to give you a more Android Lollipop-esque smartphone experience. 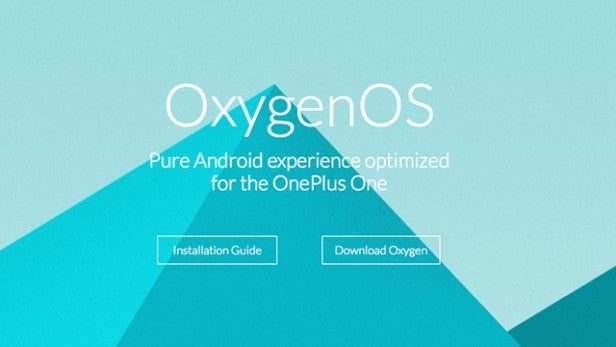 How to install Oxygen OS on the OnePlus One

Before you get to play around with the new features, you’ll need to get Oxygen OS onto your OnePlus One. Sadly it doesn’t work like the OTA updates you typically get on Android phones like the Galaxy S6 or the Moto G. Users are required to manually flash a custom ROM. In this case, the custom ROM is the Oxygen OS software, and the “flashing” part relates to the installation of that ROM, which usually takes the form of a .zip file.

If you’re confident on the ins and outs of doing this, then it’s time to back up the files that are on your phone. The process will clear all data from your phone, so you’ve been warned. Once the necessary back-up is completed, head to the OnePlus One installaton guide page and it will take you through the steps to get the Oxygen OS running on your OnePlus One.

OnePlus has focused on three core areas with the overall aim to replicate the slick nature of Android Lollipop. You can expect an OS that feels more stock Android than Samsung’s TouchWiz on the Galaxy S6 and HTC’s Sense overlay on the One M9.

The first big change is gestures. The OnePlus does already support the alternative input method, letting you do things like swiping up from the home button to put the phone to sleep. Now gestures can be used whether the screen is turned on or off, so you can activate features like the camera, flashlight or music playback quicker.

You can draw the letter O to open the camera, draw a V to toggle the flashlight, double tap to wake up the screen or draw two lines to pause a song. These are features that are an evolution of the gesture features found on LG’s phones and seen in Nokia’s Z launcher, and should make getting to your favourite features both quicker and easier. 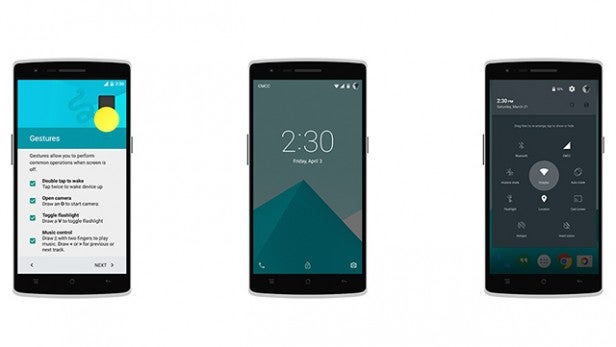 One of the features that sets Android apart from iOS is the ability to personalise it and make it feel unique. Changes should be seen in the Themes app, where you have greater control on the elements of a theme you want to use, as well as making it easier to sift through the available theme options. Lock screen wallpapers can now also be customised.

In the Settings you can now enable and disable capacitive or on-screen navigation keys at the bottom of the phone. We’re not quite sure how useful that’s going to be, but we’re sure some users will appreciate the changes.

OnePlus has also made an interesting alteration to one of the staple features in Android Lollipop. In the quick settings, found inside the notification dropdown, you can now rearrange and add new settings simply by swiping them around the UI into their new positions.

For the first time there’ll be a file manager, which is good news, as the one that shipped with the OnePlus One wasn’t all that useful and meant hunting around for a suitable third-party replacement. Apart from that, we won’t know more about some of the sublte changes until we’ve had some more play time with it.

Have you downloaded Oxygen OS for the OnePlus One? Let us know what you make of it in the comments below