The OnePlus 9 and OnePlus 9 Pro are now official and we know all the details, specs and features for this duo of phones.

In typical OnePlus fashion, we knew a lot about these new phones before they were even announced. Both have Hasselblad-infused cameras, updated designs and some very fast charging speeds.

But what are the biggest differences between the OnePlus 9 and OnePlus 9 Pro? And is it worth spending the extra cash to get that Pro moniker? Continue reading to find out how the two compare and our opening impressions of their chances of earning a spot in our best phone and best Android phone lists.

Price – How much do they cost?

Screen and Look – Both have 120Hz panels and updated designs

The OnePlus 9 and OnePlus 9 Pro have differing designs and screens. To help the basic OnePlus 9 reach a lower price, it has plastic sides instead of the aluminium rim on the Pro and swaps the curved display for a completely flat one. Both of these are sacrifices we also saw on the Samsung Galaxy S21.

They’re both fairly large phones, with the OnePlus 9 Pro tipping the scales at 197g and the OnePlus 9 at 192g (or 183g in China and India where it lacks wireless charging). You do get a slightly smaller display on the OnePlus 9 (6.55-inch vs 6.7-inch) and it lacks the Pro’s IP68 water resistance rating too.

Aside from having a curved and slightly larger display, the panel on the OnePlus Pro is superior. It swaps the OnePlus 9’s 1080p resolution for 1440p and allows the 120Hz refresh rate to ramp down to 1Hz. This is  a key differentiator that let it offer superior battery live to the vanilla OnePlus 9 during our tests with day to day use.

Both panels are OLED, have HDR10+ support, custom modes for the P3 colour gamut and high levels of brightness. They also have in-display fingerprint sensors and small cutouts for the selfie camera. During our tests this meant both are brilliant for gaming and watching movies, so long as you’re willing to experiment with the display settings. 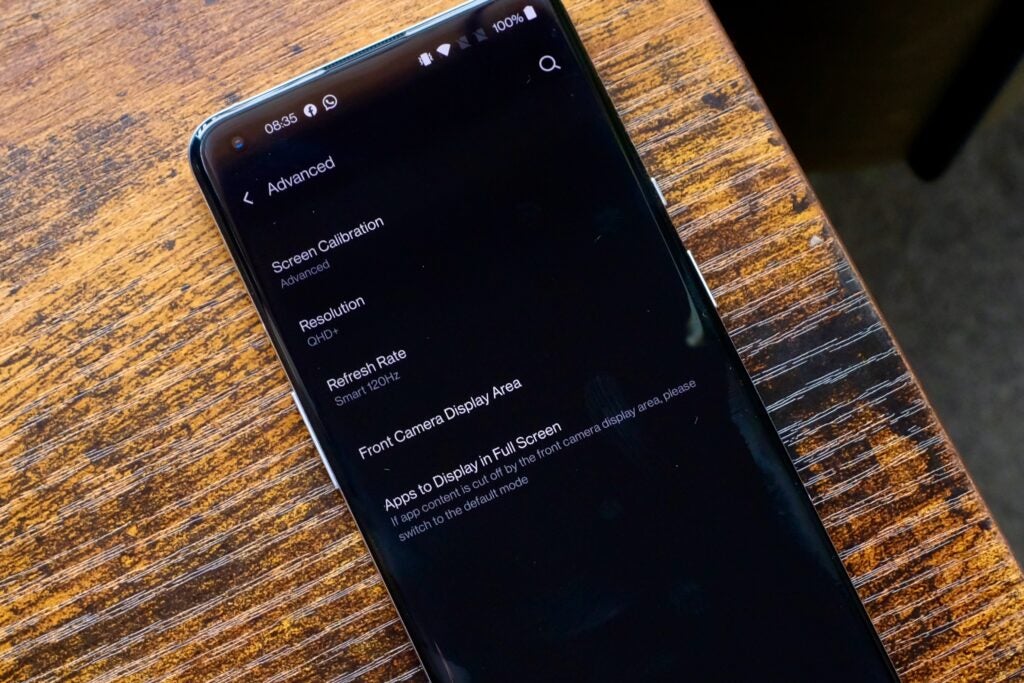 Both phones feature fairly similar general specs, which is why it’s no surprise they offered equivalent performance during most of our tests.

Specifically, they’re both powered by the Snapdragon 888, support 5G and can be bagged with either 8 or 12GB RAM (LPDDR5) and either 128 or 256GB (UFS3.1) storage. Neither has expandable storage, so choose wisely. We’d personally recommend paying extra for more storage as 128GB can be eaten through fairly quickly if you regularly cache movies or shoot video on your phone.

Both phones have strong gaming prowess and handled every test we through at them. CoD and PUBG run without pause on both and they’re more than powerful enough to run multiple apps at once and edit photos or video on in Photoshop Express.

They also both have 4500mAh batteries inside and can be charged up at 65w with the included charger. During the review process, we found both phones lasted through the day and charged up fully in about thirty minutes.

Both phones have wireless Qi charging, however only the Pro has Warp Wireless charging which works at 50w. A full charge takes about 40 minutes, which is a lot faster than the standard 15w wireless charging.

Both have exactly the same version of OxygenOS running atop Android 11. 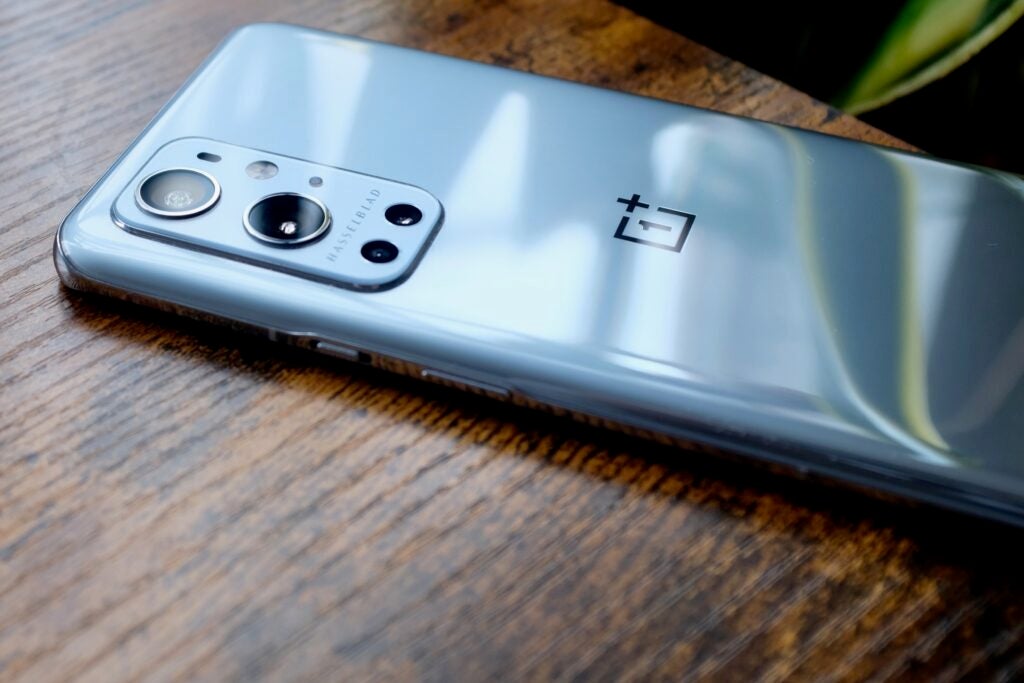 Camera – Hasselblad makes its mark on both OnePlus 9 devices

Even though both phones have multiple sensor setups , there are plenty of differences between the Pro and base OnePlus 9’s . Let’s run through the OnePlus 9 Pro camera specs.

The OnePlus 9 Pro comes with the below setup:

And now here are the specs for the OnePlus 9:

So, the Pro has the newer main sensor and the addition of a telephoto sensor for zooming. They both have the same excellent ultra wide though, and the same selfie camera.

Both phones also benefit from tuned colours and a Pro mode camera app developed in partnership with Swedish camera brand Hasselblad. You can read our full reviews of both phones for an in-depth look at the camera performance and we’ll update this page when we’ve tested them out side-by-side.

The OnePlus 9 Pro is, of course, the superior pick. Is has a better display, more up to date camera, faster wireless charging and an IP68 water resistance rating. For serious tech user, those upgrades are worth the increased in price. However, if you’re not a power user, avid mobile gamer or serious photographer the base OnePlus 9 is an excellent, in some ways better value option.