OnePlus 3 vs Xiaomi Mi 5: which classy mid-range smartphone is the best?

With the launch of the OnePlus 3, the manufacturer is offering its biggest threat to the Android flagship elite yet. But how does it fare against another high-value player from China, the Xiaomi Mi 5?

Both phones have impressed with their premium design, advanced specs, crisp screen, fine camera, and low price. This one’s going to be a close one.

We’re yet to get our hands on a OnePlus 3, but here’s an early look at how the two phones stack up in terms of specs.

Both of these phones go for the kind of premium metal designs you’d expect from a premium-priced phone. The OnePlus 3 design has a very simple purity to it, with hints of the HTC 10 and the iPhone 6 in its all-metal body.

The Xiaomi Mi 5 isn’t entirely metal, opting for a metal frame and a glass back. The latter’s curved elements are redolent of the Samsung Galaxy Note 5. 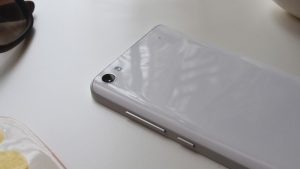 Around front, both phones go for an extremely thin bezel approach, so they’re both surprisingly nice to handle single-handed. Both phones also share a similar (and super-fast) fingerprint sensor positioned immediately under the home button.

From a design perspective, then, it’s pretty hard to separate these two classy phones.

While there are a number of similarities here, the two phones have quite different displays. The OnePlus 3’s is a bigger 5.5-inch example, while the Xiaomi Mi 5 comes with a 5.15-inch offering.

They share a 1080p resolution though, which while not exactly cutting edge, is perfectly sharp enough. The difference in size means that the Xiaomi’s smaller screen has the edge on sharpness. 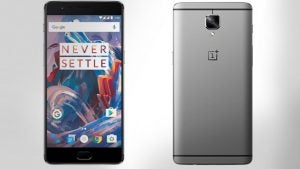 Both of these phones run on identical Snapdragon 820 CPUs and Adreno 530 GPUs. This is the go to processor for 2016 flagship phones, meaning both perform brilliantly in a range of tasks.

However, the OnePlus 3 has the slight edge on performance thanks to its unusually generous 6GB of RAM. The Xiaomi Mi 5, for its part, has either 3GB or 4GB depending on the model you choose. 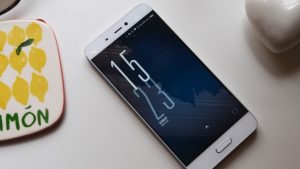 In fairness, we can’t see why you’d need 6GB of RAM at this stage, but it’s undoubtedly a case of the more the merrier.

In terms of storage, the OnePlus 3 comes with a fixed 64GB and no microSD expansion. Conversely, the Xiaomi Mi 5 features a choice of 32, 64, or 128GB of internal storage and also has no room for expansion.

We’ll need to wait until we’ve had some proper hands-on time with the OnePlus 3, but its 16-megapixel camera with an f/2.0 lens, 1/2.8-inch sensor, phase detection AF, and OIS sounds promising.

Indeed, it’s exactly the same Sony IMX298 sensor as can be found on the Xiaomi Mi 5 camera, and we’re big fans of how that performs. 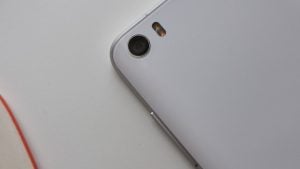 We found it to be very fast, with a decent manual mode, and it was capable of capturing vibrant images with plenty of detail.

The winner here will come down to the relative camera UI experiences, shooting options, and each company’s relative image processing algorithms.

This is arguably the main difference between the two. OnePlus has stuck with its Oxygen OS, which sticks very close to stock Android 6.0 Marshmallow’s design, but adds extra tweaking options.

Xiaomi, by contrast, continues with its heavy MIUI skin, which essentially alters Android beyond recognition. You won’t find a hint of Google’s Material Design at work here. There isn’t even an app tray, and you won’t be able to make use of Google Now On Tap either. 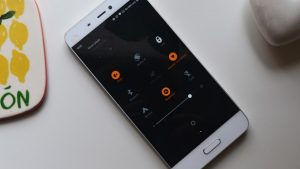 As Android skins go, Xiaomi’s is actually pretty well done. It’s quick, polished, and really quite pleasant to use. But we still prefer our Android neat, so we’re confident enough in awarding OnePlus the win here already.

Again, we’ll need to get some more hands-on time with the OnePlus 3 to judge this area. On paper, though, it’s all even.

Both phones have 3,000mAh batteries. Combined with those identical processors and screen resolutions, it looks quite even from a hardware perspective. 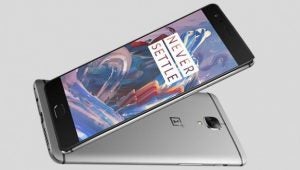 It’ll come down to the custom Android skins of both phones, then, and how they’ve been set up to manage the use of power.

Interestingly, both phones go with the new(ish) USB-C connection standard for charging purposes, and both have quick charge capabilities. This means that both can give you 60 percent of juice in just 30 minutes of charging.

And so we come down to the key comparison point – how much both phones cost. 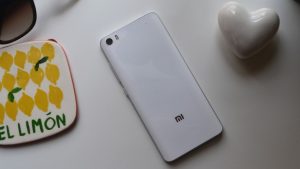 Indeed, this is a rare comparison in that the OnePlus phone is actually the more accessible of the two for most people. You don’t need an invite to obtain it this time, while the Xiaomi Mi 5 is only available in China at present.

As such, you’ll need to import the Mi 5 if you want it in the UK, Europe, or USA.

We’ve only reviewed the Xiaomi Mi 5 of the two phones so far, and we like it a lot. However, the OnePlus 3 has a very real chance of being the better affordable flagship pick.

However, the OnePlus 3 has two things in its favour – a UI that’s far more sympathetic to the Android OS running at its core, and much readier accessibility to those outside of China.

We’ll have a definitive verdict for you before too long, but on paper the OnePlus 3 could be the perfect answer for those in Europe and the US looking at the Huawei Mi 5 with envious eyes.

Which phone wins in your opinion? Let us know in the comments.