OnePlus 3 vs OnePlus 2: How does the Chinese firm’s latest handset match up against its last?

OnePlus’ new “flagship killer”, the OnePlus 3, has finally arrived. And while the last handset, the OnePlus 2, was a stellar offering, there’s no doubt the company has done all it can to improve things this time around.

On top of the hardware upgrades, the new phone comes with an all-new design, making the OnePlus 3 a worthy successor to the previous model. But what exactly has changed?

Here’s our comparison of the OnePlus 3 and OnePlus 2.

The flood of OnePlus 3 leaks – our favourite saw the handset apparently growing in a bush – meant that we were aware of exactly what the phone would look like long before its official unveiling. Now those leaks have mostly been confirmed as accurate.

The OnePlus 3 looks very similar to the HTC One, with its large camera sensor in the top centre of the back panel and the antenna lines wrapping around it. The entire unit is made of an anodized aluminum unibody and will be available in two colors: graphite and soft gold.

The soft gold option will be available in the second half of July and there are a range of cases available including Bamboo, Karbon, Black Apricot, Rosewood, and Sandstone. 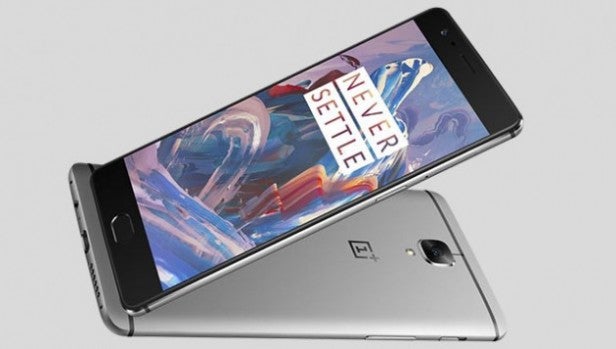 From the front, the new handset looks almost identical to another smartphone: the OnePlus 2. Both phones feature a rounded home button that houses the fingerprint scanner and a front-facing camera on the top part of the bezel. The only discernible difference is that the front-facing camera has switched sides between models, from right to left.

The similarities between the two end as soon as you flip the phones over. The new model’s rear design and anodized aluminium finish are akin to the HTC One M9; the OnePlus 2 featured the rough, tactile texture of the OnePlus One, and could be changed for a number of other covers. 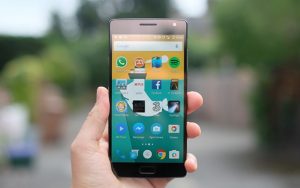 Yes, it appears that the new handset’s screen is no larger than that of its predecessor, and also matches its resolution. This is no bad thing, but it does mean that the OnePlus 3 misses out on the QHD resolutions that feature on modern flagship phones.

Still, both the OnePlus 3 and 2 feature a 401ppi density, which, although lower than many top-end smartphones (the Galaxy S7 has a 577ppi density) is exactly the same as the iPhone 6S Plus. In practice, you won’t be noticing individual pixels on either OnePlus model. 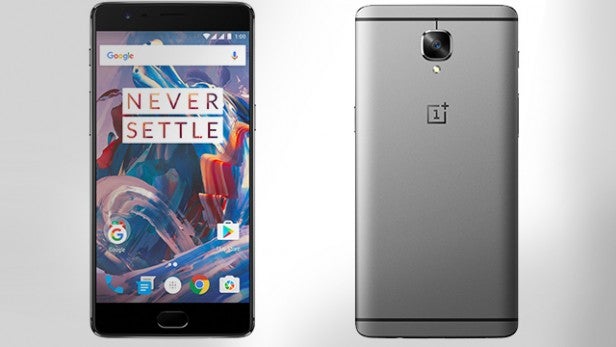 However, one significant difference between the OnePlus 2 and 3 is the display technology itself. Whereas the second-generation model was supplied sporting an LCD screen, it seems that with its latest handset OnePlus has switched to OLED.

AMOLED tech, already used by the likes of Samsung and tipped to appear on the iPhone 8, uses pixels that generate their own light. This is different to LCD, which uses a backlight to illuminate the pixels. As a result, the OnePlus 3’s panel will display deeper blacks and more vibrant colours than the previous model. For more on OLED, see our OLED vs LED LCD explainer.

OnePlus has always managed to impress by packing high-end hardware into an affordable handset, and the OnePlus 2 was a great example of just that. Featuring a Snapdragon 810 SoC – the top model in Qualcomm’s lineup at the time – and an Adreno 430 GPU, it was certainly no slouch when it came to internals.

The use of an 810 processor was contentious though, since the chip was widely reported to be prone to overheating. OnePlus had appeared to have done some work to keep the overheating issues to a minimum on its last handset, however. 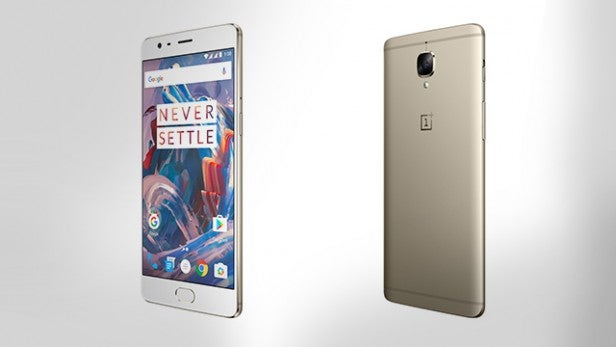 Contrast that to the OnePlus 3, which packs a top-end Snapdragon 820 processor, free of the overheating issues that plagued the 810, and you can expect the same smooth performance without the warming issues.

Elsewhere, the OnePlus 3 outdoes its predecessor in terms of storage and RAM. The OnePlus 2 came in a 32GB storage, 3GB of RAM version and a 64GB, 4GB ofRAM version; the OnePlus 3 is available in a 64GB version with a whopping 6GB of RAM.

This is sure to add up to some seriously speedy performance, although in practice, you probably won’t notice the difference all that much in day-to-day use – both the OnePlus 2 and 3 will offer generally excellent performance. 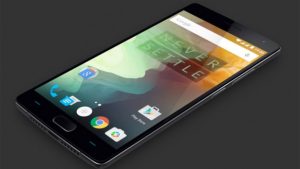 Unfortunately, it seems early tests of the OnePlus 3 show that extra RAM does little to boost the overall performance. A video surface online shortly after the phone’s launch showing how the new OnePlus struggles to take advantage of its RAM advantage over the Galaxy S7, which has 4GB RAM. In fact, the OnePlus was even shown to be slower than Samsung’s handset.

The issues were put down to memory management, but at this point it seems to suggest you won’t notice any significant improvement over the OnePlus 2 when it comes to performance. Obviously, we’ll test this for ourselves as soon as we get the phone in for review.

What’s more, OnePlus is making a big deal out of its new Loop VR headset. The OnePlus 3 was “launched in VR”, using the headset in combination with the Loop VR app; users could buy their OnePlus 3 in a virtual shopping experience. With the improved hardware in the latest handset, we’re expecting the OnePlus 3 to feature more in the way of VR content, but we’ll have to wait for clarification on just how VR content will play into the phone’s future.

USB Type-C also makes a return on the OnePlus 3, in the form of Dash Charge, which will enable you to charge the battery very quickly. Dash Charge will provide 60% battery life in 30 minutes of charging, which is a big improvement over the OnePlus 2’s comparatively sluggish charge times. The inclusion of the USB C connector also ensures the new handset is firmly future-proofed.

And, more significantly, OnePlus has finally provided an NFC chip with its flagship device, meaning you’ll be able to use your OnePlus 3 with Android Pay. This is a feature that was unfortunately lacking from the last model.

Both the OnePlus 2 and 3 run on Android with OnePlus’ Oxygen UI overlaid on top. The former launched with Android 5.1.1, but an upgrade to 6.0 Marshmallow has since been made available. 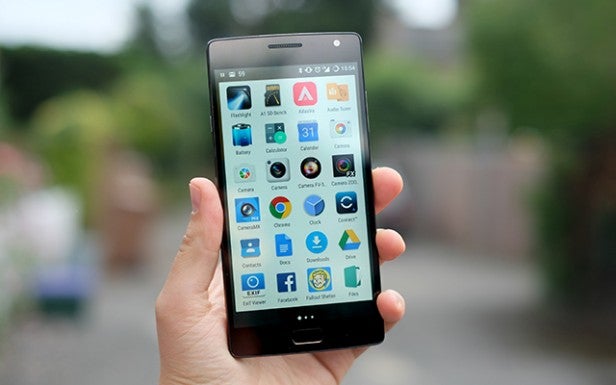 The OnePlus 3 runs Marshmallow out of the box, and also features the Oxygen UI as standard. OnePlus’ Android skin manages to preserve the look of Android for the most part, while adding a few extra features and functions beneath the hood.

The OnePlus 2’s 13-megapixel rear camera was an excellent offering for an affordable handset. Although the shutter lag in HDR mode left a lot to be desired, and the camera app wasn’t exactly stellar, standard image quality was generally pretty decent, preserving detail and dealing with tricky lighting conditions well.

We’re expecting to be similarly impressed with the OnePlus 3, which comes with a 16-megapixel rear sensor. What’s more, the new model also features optical image stabilisation, reducing blurriness and making a significant difference to low-light pictures.

Sample images from OnePlus 3 look very good indeed, and have us excited to get our hands on the new handset to really see how well the camera performs. Here are a couple of examples: 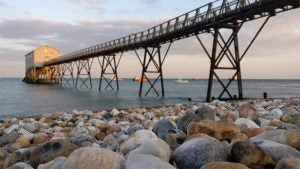 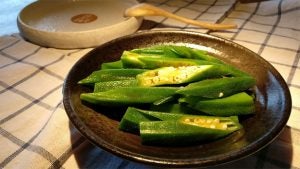 The OnePlus 3 also gets a slight bump when it comes to the front-facing camera. Whereas the OnePlus 2 came with a 5-megapixel front sensor, the new handset features an 8-megapixel selfie shooter.

There’s no doubt that the OnePlus 2’s day-and-a-half battery life was impressive for an affordable device, seeing as it matched the standard for flagship phones. It was all down to the 3,300mAh battery and the reasonably efficient components used within the handset.

With the OnePlus 3 we’re expecting battery life to be similarly good, especially considering the Snapdragon 820 chip brings with it a number of efficiency improvements. Although the new phone is expected to arrive with a smaller 3,000mAh battery then, the OnePlus 3 should produce the same kind of battery life figures as the OnePlus 2.

In addition, the inclusion of Dash Charge technology in the OnePlus 3 should allow the handset to gain a 60% charge within 30 minutes – a welcome prospect following the comparatively slow charging on the OnePlus 2, which in our tests took up to two hours to complete a full charge.

OnePlus has built its reputation on the fact that it can offer high-end specifications at an affordable price. The OnePlus 2 launched at £239 ($329) and the third-gen handset launched at a slightly higher price of £309. 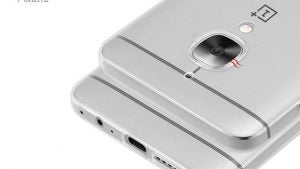 Of course, the OnePlus 2 was initially available invite-only, as was the case with the OnePlus One and OnePlus X. This time round, there’s no such system to worry about. The OnePlus 3 will be available to everyone at launch, so no more waiting for that invite to arrive in your inbox.

The OnePlus 3 is almost certain to be a better handset than its predecessor, as you’d expect. With a host of hardware upgrades, the addition of OLED tech, and improved charge times, it’s sure to be a more powerful phone.

In terms of performance, the OnePlus 2 has always been a superb smartphone, including some seriously impressive hardware for such an affordable device – meaning that it remains capable of holding its own against the current crop of flagship handsets.

We’ll have to wait to get our hands on the OnePlus 3 for a full comparison, but at this point it seems OnePlus has done all the right things to ensure its latest handset offers enough of an upgrade to warrant picking it up.

VIDEO: What’s the no. 1 smartphone in the world right now?

Will you be buying a OnePlus 3? Let us know in the comments.