Sky’s new Now TV box is launching on August 6th. Here’s what’s new and why you might want to grab one.

With Chromecast, Apple TV, Amazon Fire TV and Roku, there’s currently no shortage of ways to get your media streaming fix. One of the cheapest way of watching films, TV shows and live TV right now is by grabbing a Now TV box.

Sky launched its first cheap Now TV box two years ago offering an alternative to those longer term subscriptions required for its set-top box set ups. Now it’s giving that budget hardware and the software running on it a refresh.

Priced at £15, We take a look at what you can expect from the streaming box that costs half the price of an Amazon Fire TV Stick.

Finally, Sky has recognised that we are not all universally blessed with great Wi-Fi connections day and night. So unlike the Chromecast or the Amazon Fire TV Stick, you will now find an ethernet port situated at the back alongside the HDMI port, micro SD card slot and a USB port (more on that later).

That means you can grab an ethernet cable and directly connect the box to your router and ensure you’re getting the best possible internet connection to stream without any interruption. 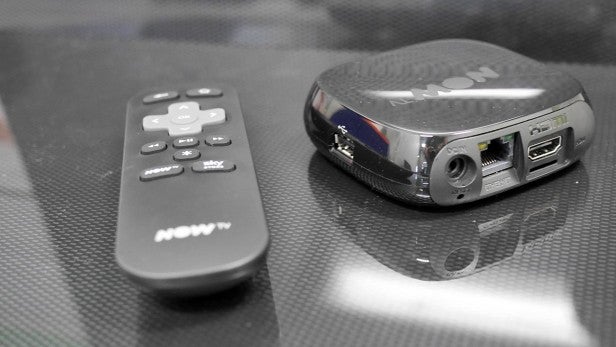 Upping the audio and video quality

Thankfully, the new Now TV box unlike its predecessor can now output video at a maximum 1080p Full HD. It had been rumoured that Sky was planning to offer higher resolution streaming support joining the likes of Netflix and hardware like the Fire TV.

The bad news is that content streamed from the Now TV app will still be at a maximum 720p HD. Sky is not discounting the 1080p support in the future, but right now, there’s no immediate plans to offer it.

Where things do improve is on the sound front. That’s because Sky has added 7.1 surround sound alongside the current 5.1 over HDMI, That means you should be able to watch your films and sport and take full advantage of your more expensively assembled sound system.

Play your own files

With the previous Now TV box, you had to do some tinkering to play anything other than content that can be streamed including getting access to the brilliant Plex. That all changes with the latest model thanks in part to the built-in USB port, which means you can save a list of file formats including MP4, AAC, JPG onto a USB stick, then plug it into the back and sit back and enjoy your ‘legally’ owned flicks. 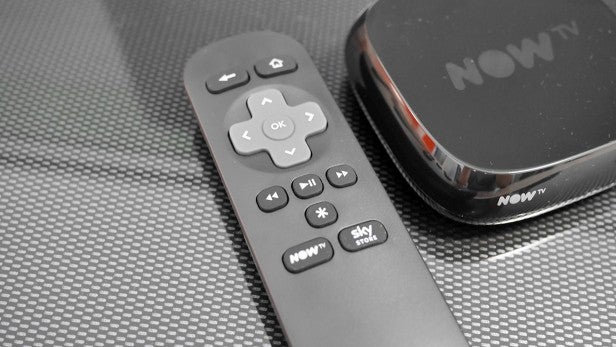 Straight to the Sky Store

The bundled infrared remote control looks identical to the last one modelled closely on the one included with Roku streamers, but you should quickly spot that one of the quick launch buttons will now take you through to the Sky Store. That’s in place of the Apps button, that pushed you into the third party app portal.

Don’t panic though, you can still get access to those apps which now includes YouTube, 5 on Demand, BBC iPlayer and ITV player for that Corrie catch-up.


Both the first and second generation Now TV boxes will be able to access the revamped Now TV app, which Sky recently launched and should make it easier and quicker to find something you’ll actually want to watch.

Swapping horizontal carousels of content for a grid-style layout, you can now also view a list of episodes or seasons for those long-running US TV shows. There’s also a handy live Sky EPG (electronic programme guide) letting you see now and next shows for other Sky channels. 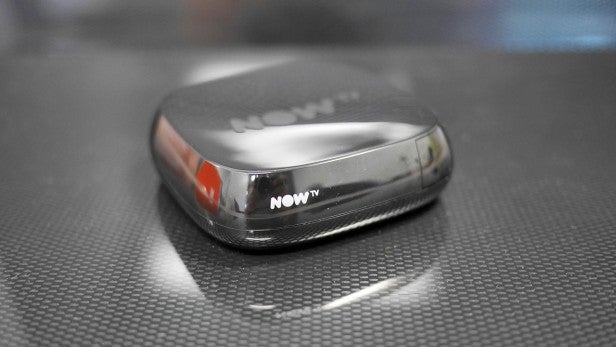 
Sky’s Now TV box is still made by Roku, so it’s no surprise that it shares more than a passing resemblance with the Roku 2 and 3 streaming boxes. It has got slightly bigger and heavier measuring in at 89x89x25mm and weighing 141g. The original Now TV box dimensions were 84x84x23mm and weighed in at 85g. In the grand scheme of things though, it’s not enough to make it an issue of finding some space to slip it underneath, beside or behind your TV.

There’s the price. The new Now TV box costs £15. That still makes it one of if not the cheapest options on the market by some distance, although Sky has recently dropped the price of the first Now TV box to an just £10.

How does it compare to its competitors?


If you’re looking at a Now TV box then you probably don’t want to spend big on a media streaming solution. Right now, there’s few alternatives that can offer what the Now TV box does for less than £20.

The big physical difference here is that these alternatives are HDMI streaming dongles that plug directly into your TV.

The Fire TV Stick and the Roku stick do join the Now TV in bundling a remote while Amazon’s offers voice control via a companion app.

None of these streaming stick options offer ethernet support like the Now TV box but Chromecast aside, do offer the same dual-band Wi-Fi connectivity as Sky’s hardware. 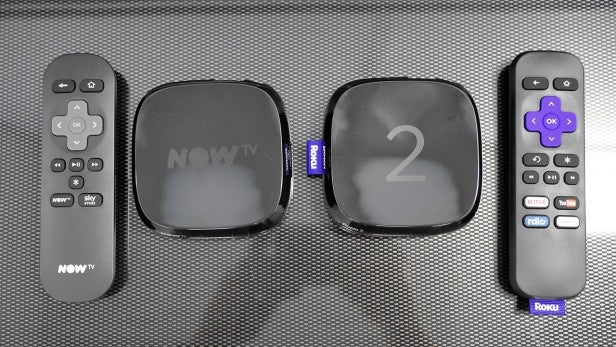 New Now TV box next to the Roku 2

Roku’s streaming stick is the only one to offer access to Now TV content as well, but all three offer Netflix access, something you don’t get from a Now TV box.

In many ways, the Now TV box doesn’t really compete with streaming devices double the price, but if you’re willing to make some small compromises on aspects like Netflix access, then it still offers fantastic value for money.

Is it a good time to grab one?


If you’re a football fan who doesn’t fancy an annual subscription then it may well appeal. Sky’s new Sports monthly pass means you can pick a month when the good matches are on and pay £31.99.