The Nokia Lumia 620 and Nokia Lumia 520 are currently Nokia’s cheapest Windows Phone 8 mobil. They are both top-notch budget phones that have convinced us that Windows can be a good alternative to an Android phone for budget buyers.

But what’s the difference between the two phones?

The Lumia 520 has a larger screen

There’s not a huge difference usability-wise, and both phones use IPS panels of 480 x 800 pixel resolution. We’d ideally like to see a few more pixels packed into these displays, but only truly high-end Windows phones that tend to cost several times the price offer higher pixel density.

But the Lumia 620 has a slightly better screen

Although the Lumia 620’s screen is smaller, there are some significant benefits to its display.

It has a much better glass coating, which offers better protection from damage and provides an anti-reflective filter. One of our main complaints about the Lumia 520 was that its screen is highly reflective.

Using a fairly low-grade screen covering was one of the ways Nokia cut the price of the Lumia 520. 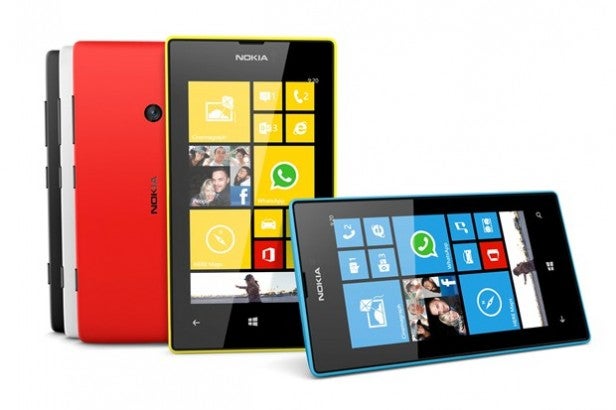 The Lumia 620 has more advanced connectivity

Nokia also chopped out some of the Lumia 620’s more ‘optional’ connectivity bits in the Lumia 520. It makes the phone less future-proof but, in our opinion, no less usable day-to-day.

What do you lose? The Lumia 520 doesn’t have NFC or a compass. Neither phone has 4G, which is pretty predictable considering the price.

NFC stands for Near-Field Communication, and is a short-range wireless communications standard. It’s used in some phones to transfer files using NFC-enabled apps, and can be used to make wireless payments in shops that support it. NFC take-up is fairly low at present, though, so it’s not a huge loss.

The lack of a compass in the Lumia 520 is a bit more annoying. This lets you see which direction you’re facing when using navigation apps (assuming the feature is supported) – so, for example, you can’t use the augmented reality City Lens app.

However, the Lumia 520 does have GPS, so you can still use mapping apps to find out where you are.

But the Lumia 520 is a little cheaper

All these cuts are made for one reason – to make the Lumia 520 cheaper and it is generally a fair bit cheaper than the Lumia 620 too. 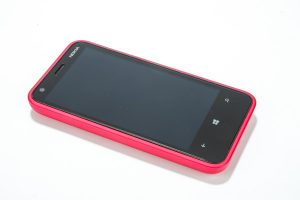 The Lumia 620 has a better camera

Back to the hardware differences, the Lumia 620 has a rear flash and a front camera, where the Lumia 520 has just a single 5-megapixel sensor.

This rules-out a few things in the Lumia 520. Low-light photography is pretty much impossible – you’ll end up with diabolical shots – you can’t video chat and you can’t easily take photos of yourself to post on Facebook and the like.

Photo quality in good lighting conditions is similar between the two phones. These aren’t high-end cameras, but in the right conditions they are quick and easy to use, and can produce some perfectly decent snaps.

And the Lumia 620 has a higher-grade finish

Finally, a point that some of you might not care all that much about – the look.

Both the Lumia 620 and Lumia 520 are plastic-bodied phones that sort-of copy the look of the high-end unibody Nokia Lumias by using battery covers that engulf all of the phone, apart from the screen and its surroundings.

They are both pretty successful in doing this, but the Lumia 620 is the cuter-looking of the two. First, it has more curvaceous sides. Second, it uses higher-grade finishes for its colour models.

Where the Lumia 520 cases are made of simple textured plastic, the Lumia 620 finishes use a double layer. The top one is translucent, giving the finish an appearance of depth.

The Nokia Lumia 520 chops out all the extra baubles of the Lumia 620, which we were surprised to see incorporated into that phone in the first place. Few of them matter if you’re just after a solid workhorse phone. But the Lumia 620 is nicer to look at, and its anti-polatisation filter is something we genuinely miss when using the Lumia 520. If we had to pick between the two cheap Windows Phone 8 handsts, we’d go with the Nokia Lumia 620.