How much is £1.50 or $2 a month worth to you? Is it the difference between having Netflix and not? For many people it almost certainly is, but the streaming service is actually better value than ever in the UK and US. Chris Smith on why it’s time to stop moaning about the recent price hike.

Shares in the company plummeted like the pound did after the EU referendum, following news it added just 160,000 US subscribers last quarter, which is astonishingly low compared with the 2.2m it welcomed aboard during the previous period.

Netflix was honest, admitting the price rise and the end of grandfathered rates – asking long-time subscribers to pay the same as newcomers – was to blame.

However, the exodus kind of amazed me, because it comes at a time when Netflix is better value than ever, compared to the other options out there.

In the UK, for example, Sky television goes up every year, despite perennially losing a boat-load of its marquee sports content to BT. The top package is now an unbelievable £72 a month. Jesus wept! In this climate, the price should be going down, not up! 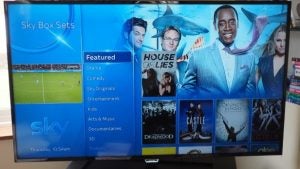 Speaking of Sky, the only paid streaming service that can rival Netflix is Now TV’s Entertainment Package. A huge percentage of that content is from a single channel, Sky Atlantic.

Don’t get me wrong, I love Now TV – it’s been a super-refreshing offering from a company that for so long frustrated us with demands for annual contracts.

For example, if you sign up for three months every year just to watch Game of Thrones, it’s worth the aggregate £21 alone, despite the near-unforgivable sin of shoehorning ad breaks into the Battle of the Bastards.

Oh, and if you ever like to watch movies, you’ll need the Sky Cinema Now TV package, which is another tenner a month.

What else is out there? Compared with a bundled Amazon Prime Video subscription, which even offers the benefit of offline downloads, I’d still rather pay for Netflix.

RELATED: Netflix vs Amazon: Which streaming service deserves your cash? 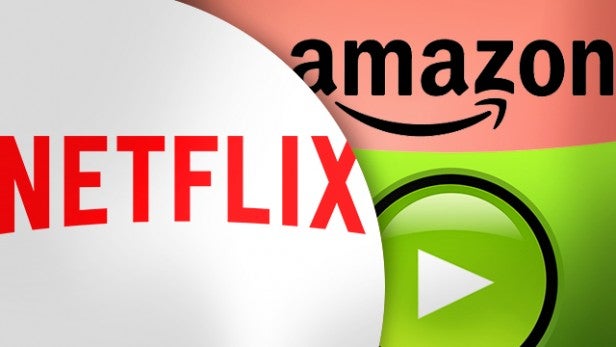 It’s all about the originals

Some have, correctly, argued that there’s now less to watch on Netflix.

In the US, Hulu recently paid $700,000 an episode for Seinfeld and $192 million for exclusive rights to South Park’s archives!

Meanwhile, Netflix has invested subscribers’ dues (and its own future) in an original content line-up that can match any Pay TV channel. Its “Originals” budget for this year alone is $5 billion – larger than each of Time Warner (HBO), Fox, Viacom and Disney!

What was once just House of Cards and Orange is the New Black is now also Bloodline, and Stranger Things and Master of None, The Unbreakable Kimmy Schmidt and Making A Murderer, Narcos, What Happened, Miss Simone?, Daredevil, Jessica Jones, new Trailer Park Boys (my personal guilty pleasure) and an unbelievable line-up of original stand-up specials from the comedy elite.

The palpable result of the huge investment is 54 Emmy nominations (up 20 on last year), trailing only FX (by two) and the mighty HBO.

This feels like just the beginning too. As Stranger Things becomes the new ‘thing’ everyone is watching, we also learned Netflix will be the exclusive international home of a new Star Trek TV series and there’ll be a second series of Making A Murderer.

The San Diego Comic-Con also saw the release of trailers for Marvel’s Luke Cage, The Defenders and Iron Fist.

If this is Netflix’s response to a crisis then bring on the pain!

RELATED: 27 of the best shows on Netflix

Look, if you’d rather devote your entertainment budget to re-runs of the shows you probably already own on DVD or Blu-ray, your money is better spent elsewhere. I get it, having that stuff on tap is handy.

Also, if you’re excited by the prospect of cord-cutting alternative options such as PlayStation Vue and Sling TV, then you’re best off investing in Netflix. It has done more to push this new era of democratised access to premium content than any entertainment service on earth, as well as keeping at the cutting edge of TV tech with content in 4K and HDR.

Because, when all is said and done, there are five billion reasons not to get your knickers in a knot because Netflix bumped off your grandfathered rate.

And are you really telling me you’re not going to be back for Making A Murderer Season 2? If so, I politely attest your case has more holes than a Manitowoc County Sheriff’s court testimony.

Have you dumped your Netflix subscription and, if so, what’s your counter-argument to Chris? Let us know in the comments below.