At events in London and San Francisco on Wednesday, Google-owned Nest announced its first security camera, as it revamped its product line and companion app.

The new Nest Cam, a connected security camera for streaming and recording footage in the home or office, is the first new product from the Dropcam arm of the company, since Nest acquired it one year ago.

Rather than reinventing the wheel, Nest is seeking to build upon the Dropcam proposition. There’s a ton of new hardware features, a brand-new cloud DVR service called Nest Aware and a new Nest app that combines all of the firm’s products under a single roof.

Here’s everything you need to know:

Nest Cam: Video quality
Perhaps the most important hardware addition is the Nest Cam’s 1080p video quality, up from 720p from the Dropcam models. This’ll mean crystal-clear HD video streamed back to the owner’s device of choice if the connection is over Wi-Fi. Like the Dropcam Pro, Nest Cam can also capture a 130-degree field of view. 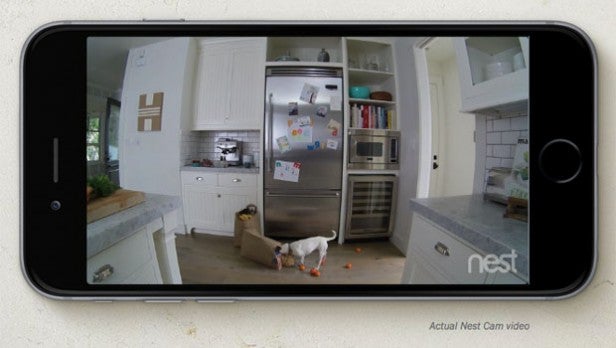 There’s also eight infrared LEDs around the camera for better low-light
illumination. Nest says you’ll be able to see a full six metres in front of
the lens, even at night.

The company explains: “Eight
high-powered infrared LEDs and new algorithms improve Night Vision and
motion detection. Other home cameras give you a spotlight view at night,
but Nest Cam lets you see the entire room. And because Nest Cam’s
sensors know the difference between a flashlight and sunlight, Night
Vision won’t get confused and switch to day mode every time a bright
light passes in front of the camera. That can be hugely helpful if an
intruder turns on a flash light, or if headlights flash across your
window.”

Streaming security has also been boosted through a unique 2048-bit RSA key and transmission through a 128-bit SSL connection.

Nest Cam: Features and design
Like the Dropcam, the new Nest Cam offers two-way audio thanks to the microphone and built-in speaker. This allows users to call out to the home directly from the application and receive a response. That could be handy for a “the police are on the way” warning to burglars, to yell at the cat for scratching up the furniture again or to sing lullabies to a squawking baby. It could also be good for scaring the bejesus out of unsuspecting housemates too.

The microphone is also trained to listen out for unfamiliar sounds. For example, you might not get an alert if a particularly loud lorry blasts its horn, but you will if someone smashes a window in your house and starts knocking stuff about. Likewise, if a cat pushes your favourite vase off the counter.

There’s no huge design overhauls here. The Nest Cam looks very much like the Dropcam Pro. It’s 11.5cm high on the zinc-alloy stand, has a built-in tripod mount and can be screwed to the wall. It can even be attached to the fridge or a metal surface, thanks to the magnetic base.

The Nest Cam will come with a three-metre UBS cable, making it easier to hook up to the nearest power outlet. 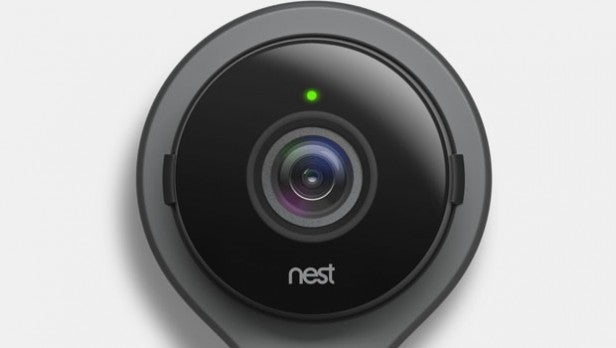 Nest Cam: Nest Aware cloud recording
Like the Dropcam platform, Nest Cam will also make use of a Cloud DVR service for recording footage. The new subscription package is called Nest Aware. This will enable users to save footage rather than just stream it.

If you wish to scroll through the last 10 days of recorded footage, a subscription will cost $10/£8 a month, while packages enabling the last 30 days are also available. Those subscriptions are $30 a month (we’re chasing confirmation on the UK pricing for the longer subscription).

Within the Nest Aware recordings, there’ll also be video highlights of Nest Alerts, meaning users won’t have to scroll through hours and hours of footage to find any motion or sound that’s been picked up by the camera.

There’s also some new software features, including the ability to stream directly to YouTube, and create clips or time-lapse videos from recorded content. You’ll also be able to highlight the areas of the room you care most about receive notifications for those Activity Zones. 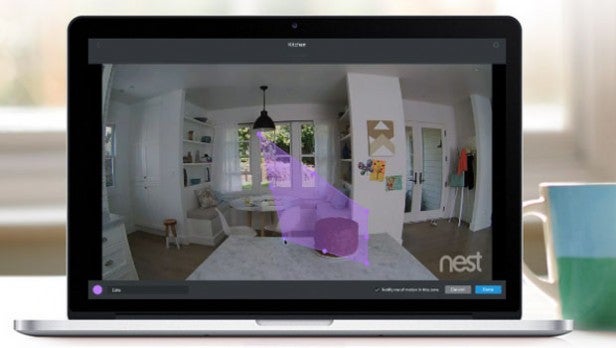 Nest Cam: Nest Protect and Learning Thermostat integration
Starting today, Nest’s product range will begin playing nice with each other. In a great example of how the connected home can become a living, breathing, mutually beneficial ecosystem, if the new Nest Protect detects smoke or carbon monoxide, the Nest Cam will automatically switch on and begin recording.

Likewise, if you set your Nest Learning Thermostat to the Away option, the Nest Cam will automatically power on. Once you switch it to Home again, it’ll power down again, if you so wish.

Nest Cam: Price and availability
The new 1080p Nest Cam will retail for $199 and will begin shipping next week in the United States. Brits will pay £159, but will need to wait until July. Nest is asking UK-based folks to register interest ahead of the release date.

The new Nest app
In a welcome development, Nest has moved the apps for its thermostat, cams and smoke alarms under one roof. The new, all-encompassing Nest app is out today for both iOS and Android. “You have one home, you should have one app,” the firm tweeted during the event on Wednesday. 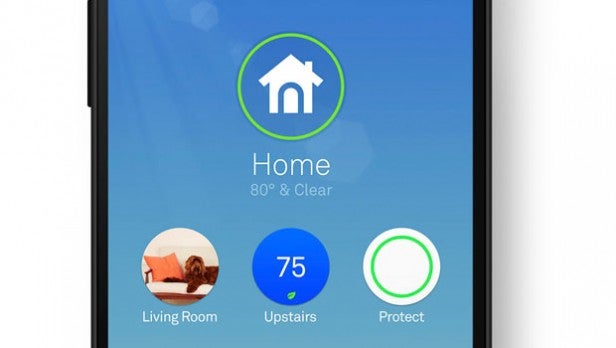 In terms of the Nest Cam, as well as the ability to program recording and streaming schedules, the new Nest app will support movement or sound detection notifications, while users will also be able to access the digital zoom capabilities of up to 8x. Just like every bad cop show ever, there’s also an ‘enhance’ feature, allowing you to focus in on hotspots.