If you build it they will come, or so they say. But what if you want to Build It, but you can’t because a load of other people are Building It and you can’t get a look in and have to wait ages for one of them to stop Building It to let you have a go?

Yeah, that’s pretty much what happened in the SimCity launch.

As the game launched in the US on March 5 and then steadily unlocked for each subsequent territory, it soon became clear that EA might not have quite enough server resources to handle the sudden influx of players. Would-be town planners and civil engineers found themselves unable to connect and thus to play. A few lucky players got through but others were kept hanging on for over 30 minutes at a time. Once connected, server load meant the game performed sluggishly and connections were dropped, locking early bird gamers out of their saved games until another slot became free.

Connection Crisis
So, why are developers insisting that you stay connected? Maxis/EA is adamant that the always-on element is driven by gameplay and that an always-on connection leads to a deeper simulation as each player’s game can can be influenced by the surrounding area on the game’s global map. 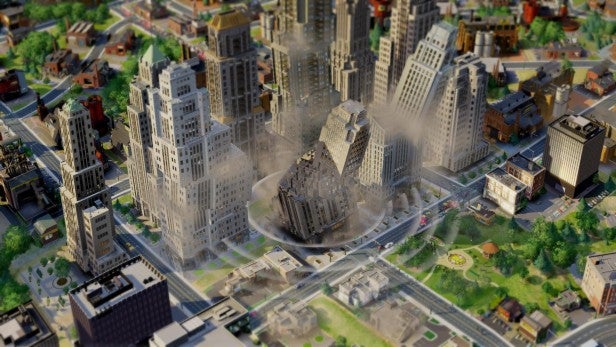 The live connection enables players’ cities to influence each other both directly and indirectly. One city could provide useful resources to another, say, or players could collaborate on Great Works.

That does sound pretty cool and online cooperative play is a great feature to have. It’s not the only reason for the always-on requirement, though. Whatever gameplay features it may add, the bottom line of Always-on is piracy. Always-on is just Digital Rights Management (DRM) taken to the next level.

This was the justification for Diablo III’s no-offline play policy when it launched last year. You may remember that Diablo III‘s launch was also something of a farce. Blizzard’s Battle.Net servers struggled to cope with the sudden demand (a massively-hyped game proves popular. Who saw THAT coming?) and gamers reported lag even in single player games.

Spreading Like a Virus
There are even rumours that the next-generation Xbox console will insist on this kind of persistent online authentication for all games. Worse still, this may be used in conjunction with an activation code system to prevent the sale of games on the second-hand market. Once activated, a game could only be played on the single console it was registered with. 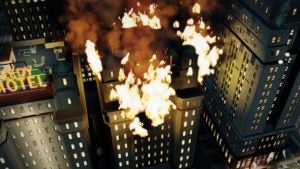 iD Software, which brought us Doom and Quake among others, has offered another argument for always-on connections – automatic updates. There is something to be said for a game that manages to patch itself without user intervention. Unfortunately for iD, the argument also works the other way. As a simple Google search for “Game Update Breaks” will illustrate, games could soon be able to cock-up without user intervention as well. Thanks, internet.

The Bottom Line
There is no denying that a persistent internet connection could add a lot to a game (even these Xbox rumours could be excused to a degree if Microsoft were to use it to add value through its SmartGlass second screen project, as seems likely) but what all of these examples have in common is a prioritisation of business interests at the expense of the gamer.

In that ‘software as a service’ way of looking at things, publishers aren’t selling you a game – they are selling you something more akin
to a football season ticket. Except, instead of a guaranteed seat for
every game you might still be turned away if a popular fixture means the
ground is too full. Want to share your ticket with a mate on the weeks you can’t go? Forget it.


Piracy is a significant and serious problem for game publishers just as for the rest of the entertainment industry but there is more than one way to kill sales of a game. Seeing it leak on to the internet is one way, but annoying the people who would otherwise buy it seems just as certain to stymie success.