If you think the current PS5 stock shortage is a headache, then allow me take you back to 2006 – a time before social media, smartphones, and the idea of wearing a mask at any other time than Halloween, but it would also mark the appearance of Nintendo’s outlandish seventh-gen console: the Wii.

With a unique motion-sensor control input, a brand new Legend of Zelda title and a name that could only be laughed at when you heard it for the first time, the Wii was unlike anything we’d ever seen before, and for Christmas 2006, it’s all anyone wanted.

For the sake of reference, I was 14 at the time – which in hindsight is probably a tad too old for me to have been as excited as I was, but the anticipation was through the roof. Much like the DS before it, the Wii promised to change the concept of gaming with its focus on motion controls, and at the time it felt like the possibilities were endless.

We’d seen trailers of people swinging the Wii Remote to use Link’s sword, aim guns in Red Steel, and before long it wasn’t hard to imagine wielding a lightsaber or taking control of Samus Aran’s arm-cannon. Even something as simple as flinging your arm upwards to throw a bowling ball in Wii Sports seemed like a dream come true. The only problem was that almost every other kid on the planet had the same ideas. 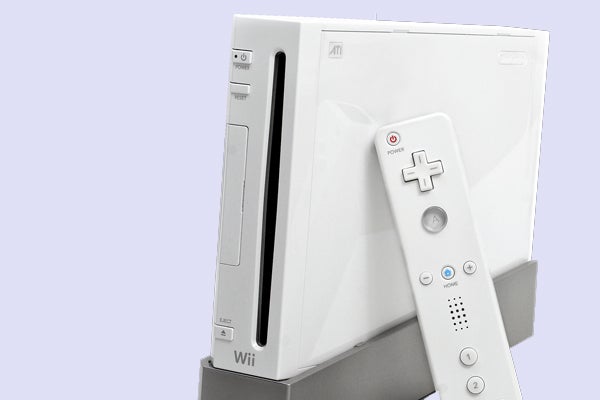 Nintendo is well-known for creating a stock shortage amongst its eagerly anticipated products, all with the intention of drumming up hype even further, but at the tail end of 2006, it seemed mathematically impossible to actually get your hands on a Wii.

For the sake of my tiny brain, I had come to terms with the idea that getting a Wii for Christmas was just too far-fetched. Even my Dad, who had somehow managed to get his hands on a PSP before the console officially released in the UK, was visibly feeling the stress of Wii-mania. For most parents across the country, Nintendo’s latest console was gold dust.

When Christmas Day rolled around, one of the first presents I unwrapped was a copy of Rayman Raving Rabbids for the Wii. My parents were quick to dive in and say that they wanted me to have some Wii games on hand so that when the console did finally come back in stock, I could get to gaming right away.

With a neat little pile featuring Rabbids, Tony Hawk’s Downhill Jam and of course, The Legend of Zelda: Twilight Princess, I thanked my parents deeply and was about ready to crack on with some classic GameCube antics when my Dad returned from another room with a Nintendo Wii in his arms. I couldn’t believe my eyes.

Somehow or another, my Dad had managed to bargain with the local gaming store (shout-out to ePlay Finchley) and secured himself the console. Having gone from accepting my fate to now seeing a Nintendo Wii right in front of me – I became the Nintendo 64 kid on steroids, and it’s a Christmas experience I will never forget.