Moto G4 Tips, Tricks and Hidden Features: A guide to getting the most out of your Moto G.

The Moto G4 might be the latest addition to the best affordable smartphone range going, but cheap doesn’t have to mean restrictive. As well as its solid new 13-megapixel camera and larger, 5.5-inch, 1080p Full HD display, the fourth-generation Moto G has a few hidden tricks up its sleeve – you just need to to know where to look for them.

Sure, it might not be in the same league as the Samsung Galaxy S7 or HTC 10, but once you’ve unearthed this selection of Moto G4 tips and tricks, you’ll be even happier you shunned the big boys and snapped up one of the best sub-£200 handsets going.

Every phone has a secret way to quick-launch the camera, you just need to know where to find it. The Moto G4 is no different, and this sneaky capture aid doesn’t require you to press any buttons or go anywhere near the phone’s touch-friendly display. Instead, you can launch the 13-megapixel camera just by jiggling it a bit. 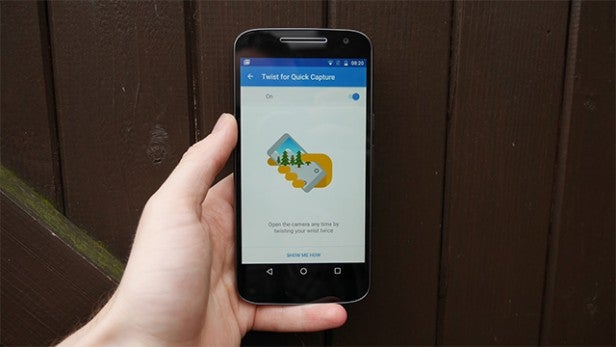 This isn’t some dance floor jiggle though – or one likely to be set off in your pocket when you jog for the bus. Just give the phone two sharp twists along its vertical axis and the camera will instantly spring to life. Perfect for when that can’t miss shot won’t be around once you’ve fumbled out your passcode, this shortcut, turned on in Moto > Actions, can be used when your phone’s unlocked, or direct from sleep mode. Handy!

C’mon, admit it, you were a bonafide Flappy Bird addict before the game was unceremoniously self-censored and withdrawn from app stores across the land. Don’t worry though, you don’t have to scour the Play Store for dodgy knock-offs of possibly the most frustrating game in recent times, there’s one already installed on your phone. 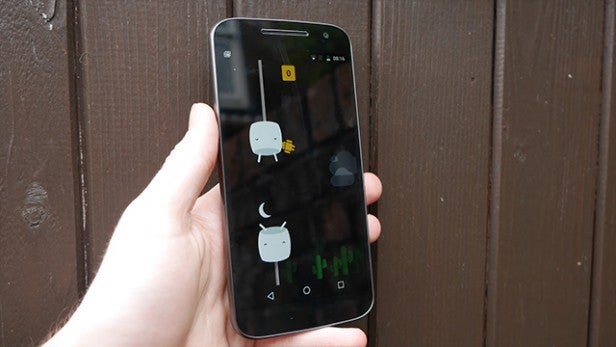 The latest in a trademark run of Google-hidden easter eggs, the Moto G’s Android 6.0 Marshmallow OS hides a fun little secret. To play the scurried away game, you’ll need to go to Settings > About Phone and tap on the ‘Android Version’ option a whole bunch of times. Once you see a big marshmallow with Android ears appear, give this a long press and enjoy trying to navigate your little Android mascot through a bunch of awkwardly place marshmallow-framed gaps. It’s fiendishly difficult and time-sappingly addictive. Don’t say we didn’t warn you.

3. KARATE CHOP YOUR LIGHT ON

It’s time to wax on, wax off and harness your inner Karate Kid. Fiddling for a torch button while wedged under a sink, wrench in-hand, is a pain. You know it, we know it, but it doesn’t need to be that way. 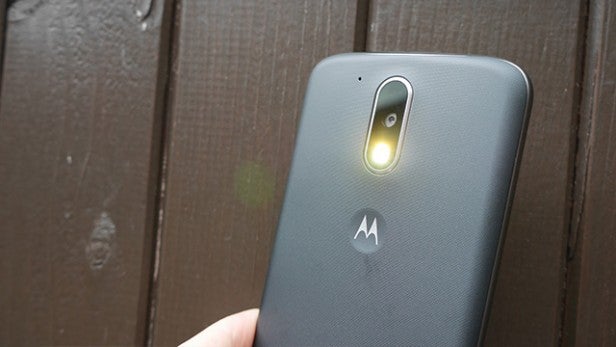 Instead of opening all manner of menus and swiping through quick-launch options, you can launch the Moto G’s torch feature with a couple of sharp swings. Once activated in the Moto App > Actions, give your Moto G a couple of karate chops and marvel as light spews forth. Another couple of swings and the torch will turn off.

Struggling to reach that dedicated digital shutter button in order to capture a well-framed selfie? You can stop trying to turn yourself into a human pretzel with this easy solution – the ability to take a photo by touching anywhere on the screen. 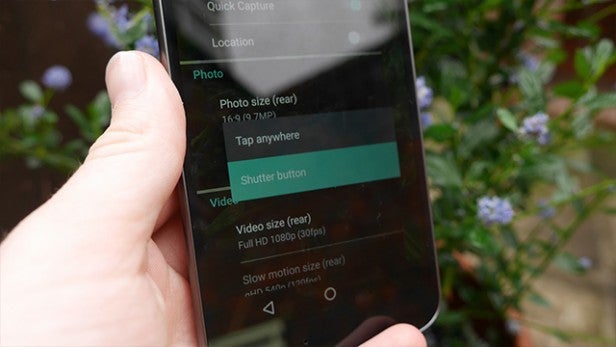 How? Well it’s surprisingly simple. In the camera app, pull in from the left hand side of the screen and you’ll be presented with a snap-improving menu. Here, clicking the Shutter type command will present you with a new Tap anywhere option. Press it and you’re done!

5. SILENCE WITH A FLIP

As much as we love our phones, there are times – important meetings, key footy matches – where we’d rather not have it demanding our attention every four minutes with its incessant bings, bleeps, and buzzes. There’s a quick solution, and one that doesn’t require fiddly back and forths with the ‘Do not disturb’ function: simply turn the phone face down. 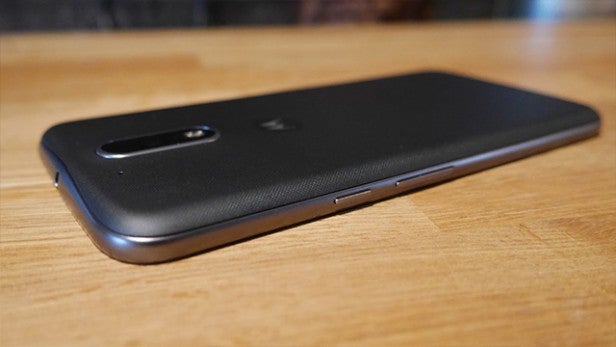 Activated in Moto > Actions > Flip for Do not disturb, this handy feature can get you through those concentration-demanding moments in distraction-free style. You don’t even have to fret about whether you remembered to turn silent mode off. Just turn it screen side up again and your messages will come flooding in.

Your phone’s ringing. It’s Jim. You don’t want to answer. What do you do? You can’t decline the call, it will cut off and he’ll know you snubbed him. You can’t sit and listen to that ill choice of ringtone for a minute and half either though, it will send you loopy. Oh the dilemma! 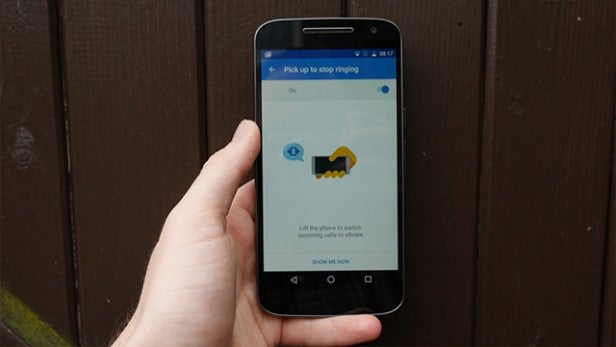 There is another option though – a simpler, less awkward solution. Simply pick the phone up. No, we’re not saying pick up as in answer the thing, just physically lift the phone and place it back down, this will let the call continue while silencing that bloody awful noise, and Jim’s non the wiser. Cue evil laugh.

Like any phone, the new Moto G4 will push notifications and alerts at you at all hours of the day. From spam shopping emails to irritating app updates, it seems like these obnoxious alerts always come through at the worst possible times, like when you’re just drifting off into the land of nod. You can set up night time peace of mind with early hours alert blocking though. 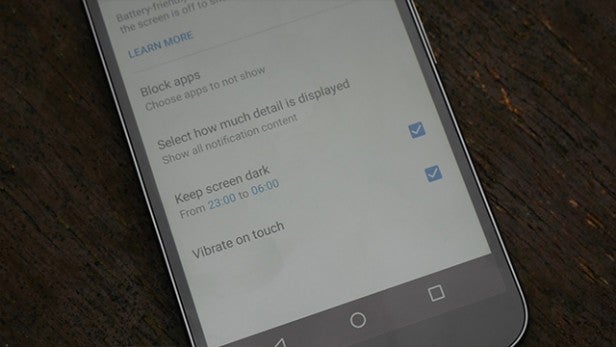 Found in Moto > Display > Keep screen dark , this handy little feature will ensure that no matter how many emails, WhatsApps, or Twitter notifications you get during the hours of darkness, your phone won’t bug you between the hours of 11pm and 6am and you’ll be able to sleep in peace – until that sodding alarm wakes you up for another day that is.

Smartphone cameras are improving continuously. They can still be a little frustrating at times though, especially when their focus goes walkabout and your perfectly set-up selfie ends up paying sharper attention to that bloke in the background mining his nose for green gold than you and your perfectly practised trout pout. 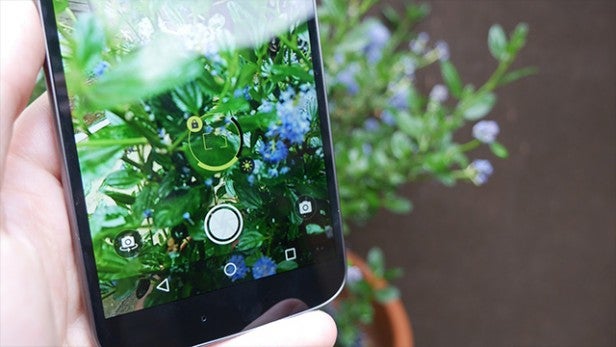 There’s a solution though: just lock the focal point. To do this, simply press and hold on your desired part of the screen until a new focal window appears with a little padlock on it. Now, no matter how much you wave your phone around, the camera will treat that one spot as the primary photo filler.

9. TURN YOUR PHONE INTO FORT KNOX

OK, this is a pretty extreme measure, but if, beneath your tinfoil hat, you’re paranoid about hackers and secret snoopers spying on your handset and accessing all your private files and pictures, you might want to firm up your data’s safety. The solution here is full handset encryption. 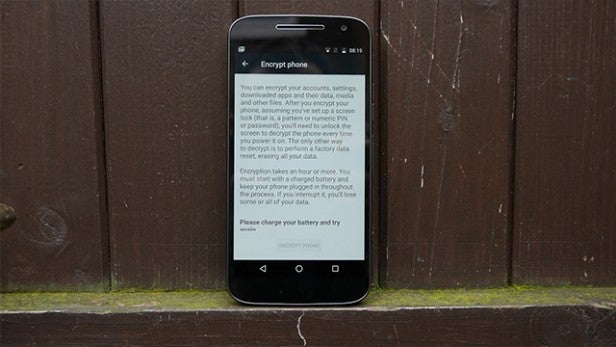 Turning everything stored on your phone into meaningless code unless decrypted with a password it will help give you some much needed peace of mind. Be warned though, this is a lengthy process. Once you’ve gone into Settings > Security > Encryption, you’ll need at least an hour spare and you’ll have to keep your phone connected to the mains while it encrypts all your data.