Now that the Moto G6 is official, there’s a chance some customers will be wondering if it’s worth upgrading from, or opting for, the Moto G5. If that sounds all too familiar, you’ve come to the right place as we’re about to run through all of the similarities and differences between the two handsets.

Moto G6 vs Moto G5 Design: Do they look the same?

Sort of. The Moto G6 is a refinement on the design Motorola introduced with the Moto G5. It retains the Home button, which doubles as a front-facing fingerprint reader, and spherical camera frame – but their appearance has been streamlined to look a lot more modern.

The Moto G6 benefits from the introduction of a 5.7-inch 18:9 screen and a dual-camera (12MP + 5MP). The one-year-old Moto G5, for comparison, has a standard 5-inch 16:9 screen and a single-sensor shooter (13MP). Both have a considerable amount of dead space surrounding the screen. Even though the Moto G6 is a lot thinner than the Moto G5, Motorola was able to retain the 3.5mm headphone jack. It did make one change to the connectivity options, though – switching from microUSB to USB-C (the new industry standard) connection for both data and power transfer.

But the most difference comes in the form of the build itself. Motorola has introduced a more premium metal-and-glass build – with the former on the frame, and the latter the back and front. The Moto G5, on the other hand, has a scratch-resistant glass front and an aluminium body.

“The quality of materials Motorola is using feels like a big step up,” wrote our Editor-in-Chief Evan Kypreos in his comprehensive hands-on. “The Moto G6 has a sleek metal frame sandwiched between the screen on one side, and curved, scratch-resistant Gorilla Glass on the other,” he added.

Moto G6 vs Moto G5 Specs: Which is the most powerful?

It shouldn’t come as too much of a surprise to hear that the Moto G6 is a lot more powerful than the Moto G5, with its Qualcomm Snapdragon 450 CPU, 3GB of RAM and 3000mAh non-removable battery – yes, Motorola has at last done away with removable cells, now opting for a sealed design.

The biggest change, however, comes in the form of the screen. The Moto G6 features a stunning 5.7-inch ultra-tall 18:9 screen, outclassing the 5-inch 16:9 panel on the Moto G5. It also has a higher resolution of 1080 x 2160 pixels to account for the added screen real estate at the top and bottom. 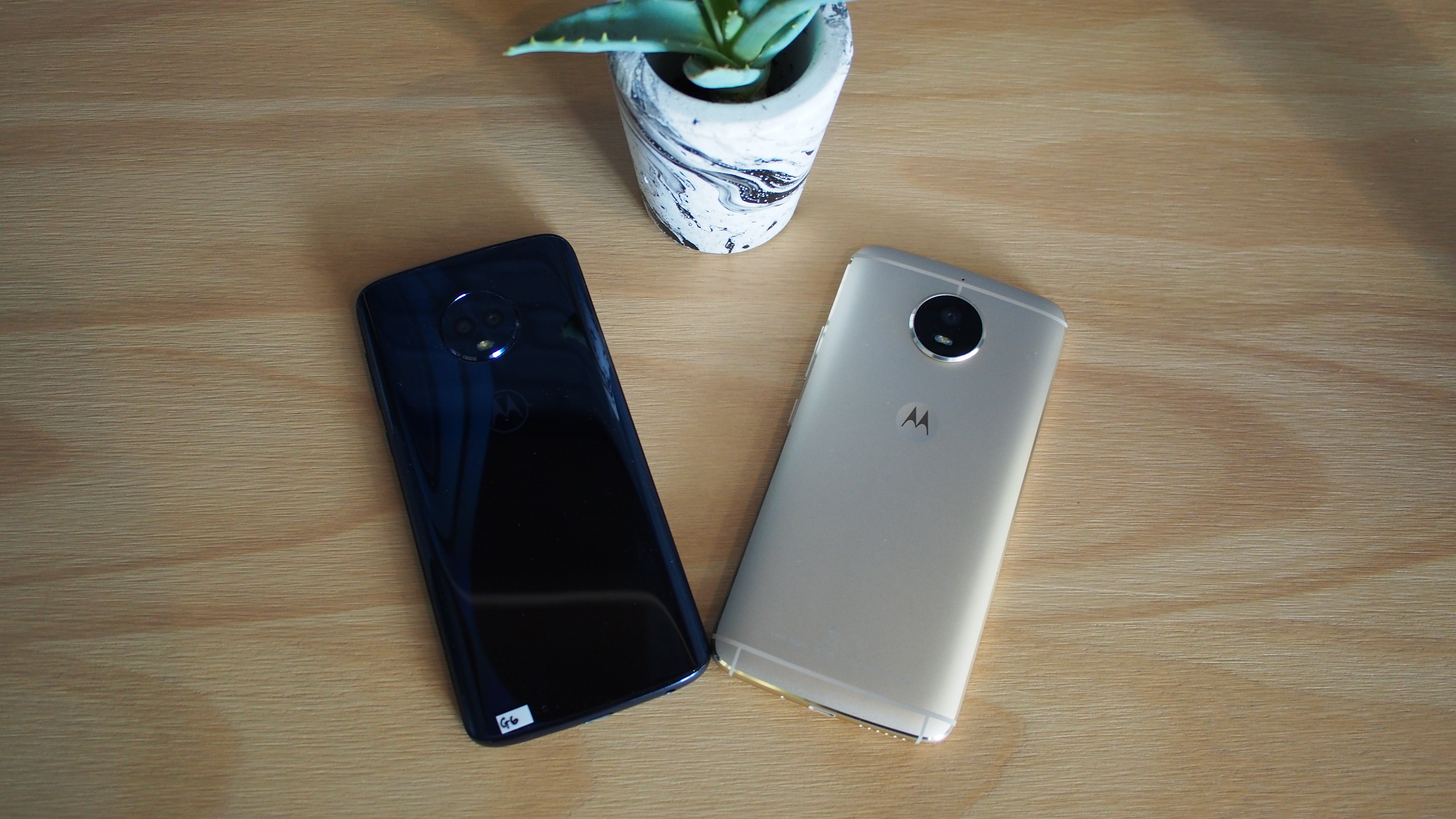 Flip the handset over and you’re greeted by an all-new dual-camera, which comprises of a 12MP and 5MP sensor, that was developed to excel in low-light environments, according to Motorola. It also has a scene-by-scene recognition feature that’s capable of identifying landmarks and objects.

“Just aim the G6 at a famous place and it will pop up information about it. Object recognition is similar but works with anything,” said Kypreos in his hands-on. “I tried it with a small plant and the Moto G6 correctly identified it as a succulent and brought information up on screen.”

The main 12MP sensor is actually a step down from the 13MP one found on the Moto G5. But don’t let that fool you. The Moto G6 comes with a wider f/1.8 aperture, which is responsible for the so-called “unrivalled” (in the budget segment, that is) low-light images the unit is able to snap.

Here’s a full breakdown of the internal differences between the Moto G6 and Moto G5:

Design: The Moto G6 is the winner here with its 5.7-inch 18:9 screen, dual-camera and metal-and-glass build. Truth be told, there’s no reason you’d want to opt for the predecessor – especially since both handsets have a coveted 3.5mm headphone jack.

Do you like the look of the all-new Moto G6? Let us know over on Twitter @TrustedReviews.