With the impending launch of Call of Duty: Modern Warfare Remastered, fans have been swelling with excitement at the chance to replay one of the most iconic first-person shooters in history, completely remade and beautified for the modern generation of consoles. Some PS4 players have already got the chance to begin enjoying the campaign this week, with Infinite Warfare pre-orders getting access 30 days early (albeit in a very confusing fashion for consumers).

Playing the Remastered campaign, within moments I remembered how brilliant the game is. It’s interesting seeing how much has been added in the years since Modern Warfare: It did take a couple of levels to get over the fact I can’t run and slide into cover, or remember I don’t have robot legs to run along walls and my guns don’t fire lasers. This is simple military combat, told with an utterly gripping narrative – one the Call of Duty series has never managed to surpass.

There’s just one problem, though, and it’s nothing to do with the game, the problem lies with me: although the game is undoubtedly stunning, all upscaled and every texture improved, this is exactly how I remember Call of Duty 4: Modern Warfare looking in 2007.

This is an issue I’ve had with every remake I’ve played. The Legend of Zelda: Ocarina of Time 3D was gorgeous on the 3DS, but I didn’t remember it looking any different back when my eight-year-old self clutched the (at the time) enormous N64 pad. It wasn’t until I opened up YouTube to confirm that yes, the original OoT was in fact a hot mess from a visual perspective. 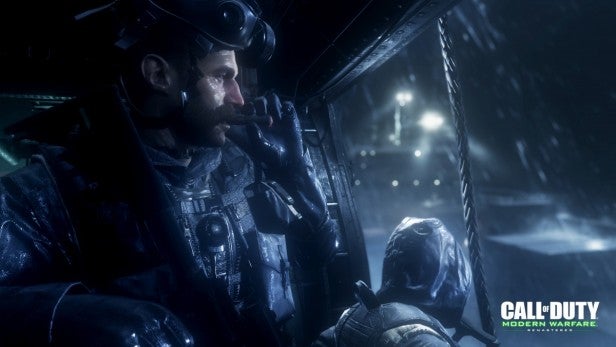 The problem with this is that I often get most excited about how much better the game is going to look. In my head I’m expecting the game to look like Uncharted 4. I know this is stupid. Of course this isn’t going to happen, nor does it mean the level of improvement on offer isn’t spectacular.

I doubt I’m the only person to experience this, and once again it has nothing at all to do with the quality of the game in question. It’s just our brains tricking us. We are being lied to by our own heads. We don rose-tinted spectacles and journey back down memory lane to tell us our childhood games looked better than they actually did.

It is in playing remakes like Modern Warfare Remastered that I develop a much greater appreciation for Halo: Combat Evolved Anniversary. Whenever I became underwhelmed at the (once again, incredible) visual upgrades, at the simple press of a button I can be zipped back to the Xbox original. The grey, lifeless, bland Xbox original, and remind my stupid brain that no, the past isn’t littered with roses and buttercups.

Despite my initial downer, there is an indescribable feeling of warmth when I jump back into Modern Warfare. Memories of playing something I had never experienced before, running through the training drills again, joining up with Price – still Call of Duty’s most iconic character – on an incredible tale. Sniping a never-ending stream of enemies in fields and watching a president get shot in first-person. It’s all still as impactful. 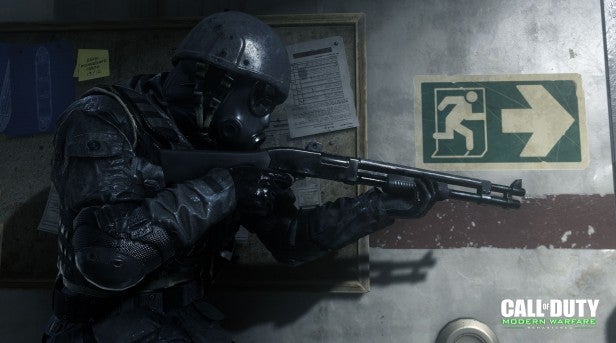 And after a quick look on YouTube I did begin to appreciate how big a visual overhaul the game is. No stone has been left unturned, and it looks amazing. There are some minor things that I wish it did to further enhance the look, like subtle motion blur or more prominent depth of field when I look down the scope of guns. But overall, Modern Warfare’s revamp is exactly as it should be: in visuals only.

So to avoid your brains tricking you like mine did, go on YouTube ahead of launch and take a look at how big an upgrade the Remaster is. You’ll be glad you did.