This is the second of Jordan King’s three-part Mind Games series exploring video games and mental health. To read part one, click here.

Tackling the issues of mental health in games isn’t an easy task. Developers must ensure they’re creating something fun and rewarding while at the same time crafting an experience that’s insightful. It’s a difficult tightrope to walk, with a misstep leaving players confused, frustrated or, perhaps worst of all, bored.

But some games have actually pulled off this delicate balancing act.

Gone Home brought LGBT issues to the forefront in a first-person adventure dependant on exploration and narration. Zoe Quinn’s Depression Quest is a text-based adventure that throws you into the shoes of a young adult living with depression. By making small decisions you begin to comprehend the barriers such individuals face, whether it’s struggling to maintain relationships or even to leave your bed in the morning. The ambitious Spec Ops: The Line also looked at post-traumatic stress disorder and the impact it can have on the human psyche. 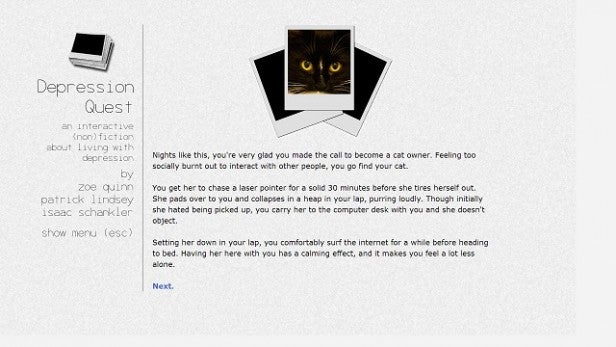 One recent example of how a developer incorporated such themes into a compelling game is Accidental Queen’s A Normal Lost Phone, launched for iOS, Android and PC earlier this year. Taking place entirely on a stranger’s in-game smartphone, you must piece together a fragmented story using old pictures, text messages and social media posts. It’s surprisingly original, acting as a great blueprint for games that could tackle anxiety, depression and perhaps gender identity.

“The whole story is rooted in real-life experiences and testimonies, with the best and worst parts that it can bring,” lead designer Elizabeth Maler tells me. Focusing on a young teenager coming to terms with their transgender identity, A Normal Lost Phone’s unorthodox gameplay formula feels built to serve its impactful messaging.

All your time in the game is spent on Sam’s lost smartphone. By scouring account details you’ll dive into messages, forums and more to piece together a message of family troubles, trans identity and a heartfelt glimpse at mental illness. . It’s surprisingly true to reality, yet distant enough to both inform and entertain.

Prototyped during the 2016 Global Game Jam, A Normal Lost Phone’s development team was awash with different tastes and influences. “Two main angles were used to initiate the design: creating a non-linear narrative experience with emphasis on immersion, and discussing themes that we felt weren’t approached often enough.”

In the end, both of these aspects are deeply intertwined and feed each other. This concoction led to critical acclaim amongst general critics and the LGBT community, myself included.

“We had different kinds of good reactions, going from people saying the game opened their eyes on some topics, to people saying how much the game had helped them accept themselves more, or even realising some stuff about them they didn’t admit before.” 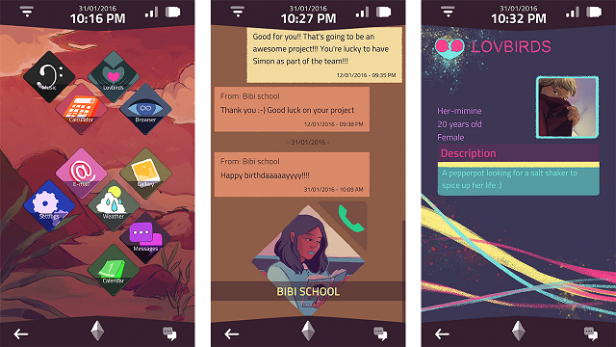 Naturally, presenting such sensitive subjects will invite criticism. But not all of the critique was aimed squarely at A Normal Lost Phone’s themes.“Negative critics were to be expected: with a game that is relatively short, not really replayable, and touching on subjects that can be polarising, there’s always some amount of negative opinion to expect.”

Gaming is no stranger to movements that embrace hostility towards virtual experiences striving to be inclusive, whether they concern mental health, gender or are simply willing to deviate from the status quo we’ve come to expect. And as Accidental Queens proudly puts it, “The amount of positivity we received completely balanced it out.”

I was struggling with my own gender identity whilst playing A Normal Lost Phone. I constantly doubted my body and personality, and I hated myself for it, leading to anxiety, depression, and self harm. That’s probably why I quickly gravitated towards it. I was desperate to see how a game would interpret things I’ve yet to come to terms with.

The game’s interpretation of LGBT issues isn’t perfect, though, with the idea of digging through such sensitive information feeling both invasive and apathetic. By using Sam’s emotional plight as an objective for the player, it subverts how we should really be thinking about issues. Despite this, it’s still a brave step forward.

, which made everything seem simpler. Sam’s plight reflected mine in so many ways that it was easy to put myself in her shoes. Telling family and friends, buying new clothes and overcoming body dysphoria are struggles faced by both me and Sam – A Normal Lost Phone made these tasks easier to overcome by revealing to me that others suffer from the same problems. 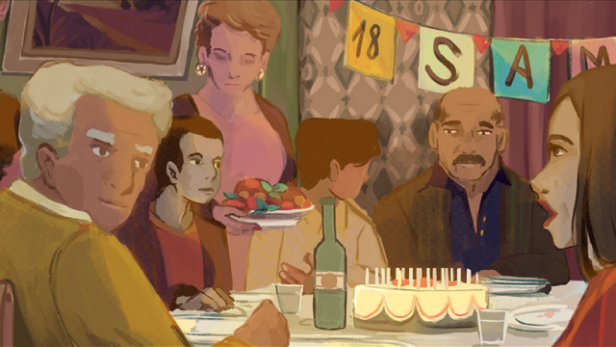 A Normal Lost Phone shows that the openness of game development is the ideal foundation for tackling progressive and thought-provoking issues. You don’t need 4K visuals and fancy controls if the message at the centre holds enough power. Entertainment is at its best when it makes us think for ourselves, especially when it comes to controversial issues that are often overlooked in other mainstream media.

The LGBT stereotypes and cliches I grew up with are fading away in exchange for genuine, progressive ideas that help young people feel accepted, not alienated.

Accidental Queens seems inspired to do more, too. As our time together came to an end, I was told: “There is no denying that games will change the way we think about mental health issues. It is something we need to embrace and reflect upon as creators, and perhaps even as players.”

A Normal Lost Phone has proven that games can encourage discussion and make a bad situation better. If the future holds more gems like this, that can’t be a bad thing.

The final instalment of Mind Games will take a look at community in gaming and how it can help bring people together and combat mental health issues. Feel free to share your thoughts and experiences in the comments.