Microsoft looks to be developing an empty laptop shell that runs off a Windows 10-powered phone in Continuum mode.
This isn’t some leak, either, this information is all part of Microsoft’s new policy of publishing its ‘roadmap’ for Windows 10, and there are some seriously tasty morsels in there for any Windows 10 fan.

I should note that all of these potential future updates are subject to change and could disappear. If they do, Microsoft has a ‘Canceled’ category at the bottom of its roadmap page, meaning you can check whether your favourite features have been scrapped. This would appear to be a separate thing to the Windows 10 Anniversary Update, although perhaps if these features are ready in time they’ll be integrated into it.

The Continuum-powered laptop sounds cool in concept and actually reminds me of Asus’s PadFone devices from a few years back. These machines were empty tablets with a screen, powered by a phone that slotted into the back of the tablet when needed. A cool concept, the best it scored in our reviews was 7/10 back in 2013. 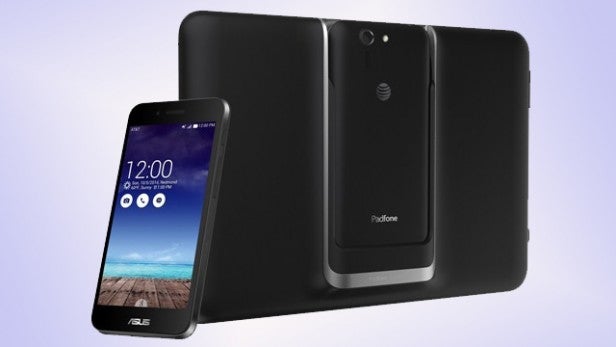 Microsoft’s idea sounds fairly similar, although who will manufacture said device remains to be seen. This is what Microsoft says:

“Get support for a new accessory form factor that looks like a lightweight and low-cost laptop, but without any CPU or OS. When paired with a Continuum-compatible phone, it will allow you to use your phone like a laptop.”

Related: How to use Continuum on your Windows 10 phone

We don’t know whether this is something Microsoft will manufacturer in-house or if it’s a design standard that means other Windows Phone 10 manufacturers will be able to use, but if it actually works, Microsoft might have created a one-device-to-rule-them-all scenario, at least when it comes to working on the move. Microsoft only states there’s no CPU or operating system in this shell of a laptop; could this mean you’ll get extra storage when you hook into the laptop? I have so many questions, and I really hope this device concept makes it into public view.

It’s similar to the HP Elite X3, which is a laptop powered by a Windows 10 smartphone – this news from Microsoft would appear to officially acknowledge that more of these devices could be coming in the future, which is great.

There are other things worth looking at on Microsoft’s roadmap page: there will soon be acontinuum-compatible touchscreen monitor specification, which means manufacturers will be able to create touchscreen devices that work nicely with Windows 10 phones.

Elsewhere, expect to be able to eventually unlock your device simply by being in its presence with a compatible wearable device, such as the Microsoft Band 2.

Beyond the world of hardware, the built-in Microsoft Edge browser is going to get functionality for websites to push notifications to it even if you’re not browsing that particular website. This means websites such as Facebook could fire notifications without you having to keep a RAM-hogging tab open.

One more exciting thing: Microsoft is working on a picture-in-picture mode, where a small-window media app could sit on top of your other programs, meaning you can work around it without having to constantly resize windows.

I’m a big fan of this new, transparent Microsoft. Acknowledging that customers will feel more confident in upgrading to Windows 10 (and buying new devices), knowing that cool new features are in the pipeline, is a great move, and also shows the company isn’t resting on its laurels.