There’s two new Widndows 10 hybirds vying for your attention. But do you go Surface Pro 4 or Dell XPS 12? Let’s take a look.

Within the space of a couple of days, two stellar 2-in-1 Windows 10 tablet hybrids have been announced in the Microsoft Surface Pro 4 and the Dell XPS 12.

So which impresses more based on early impressions?

Both promise to provide the best 2-in-1 experience out there, offering all the casual convenience of a tablet with the productivity of a laptop.

Here’s what the new Surface Pro and XPS 12 have to offer.

Dell wins on sharpness (sort of)

Both of these hybrid devices have sharp 12-inch displays. In fact, the 12.5-inch Dell XPS 12 is ever so slightly larger than the 12.3-inch Microsoft Surface Pro 4, but not significantly so.

Perhaps more significant will be the relative sharpness of the Dell XPS 12’s display – or rather, one of them. While the Surface Pro 4 screen is a fixed 2736 x 1824 – offering an impressive 5 million pixels – the Dell XPS 12 comes with an optional 3840 x 2160 UltraSharp display, which has 8 million pixels.

That makes it the first 4K display to be found in a 2-in-1 device. 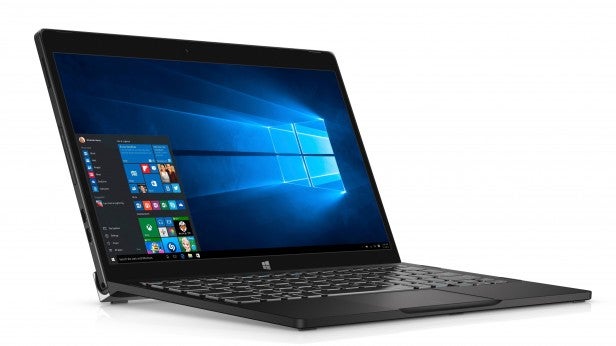 While these are 2-in-1 hybrid devices, to a large extent they live and die by how well they perform as a productivity tool – the laptop part of the equation.

Initial impressions suggest that the Dell XPS 12 is the more laptop-like of the two, with a solid, traditionally aligned, magnetically attached keyboard.

Microsoft has made improvements to the (still optional) Touch Cover’s keyboard feel for the Surface Pro 4, however. It has better-spaced keys, which also benefit from a new butterfly scissor mechanism (like the latest MacBook), and it also gets a vastly improved glass trackpad. 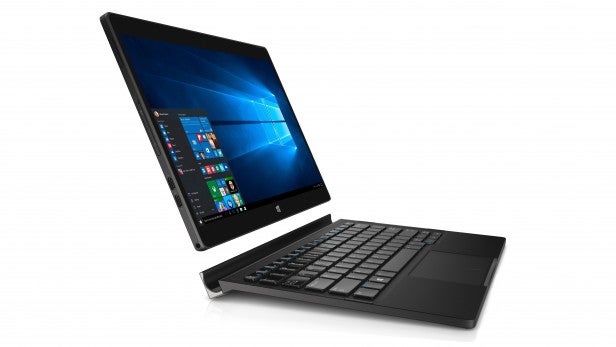 Of course, the Dell’s more laptop-like design also makes it quite a bit bulkier and less portable than the Surface Pro 4.

While the total Dell package weighs in at a relatively lardy 1270g, the Microsoft Surface Pro 4 comes in at just 1078g with the Type Cover included.

Even here, in what is ostensibly the same 2-in-1 category, then, you’ll see that there are some significantly different approaches to the format. 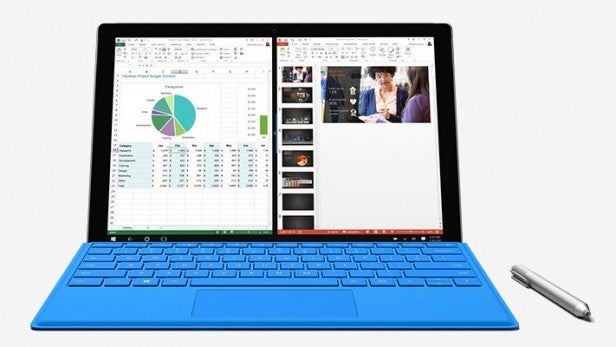 This slight difference in approach that we mentioned above extends to the implementation of each device’s stylus. While the Dell Active Pen is an optional extra, every Surface Pro 4 comes with a Surface Pen bundled in.

The new Microsoft stylus is much improved over the previous iterations, with 1024 levels of pressure sensitivity, a handy eraser (which doubles as a Cortana prompt), and the ability to stick to the side of the Surface when not in use through magnetisation. 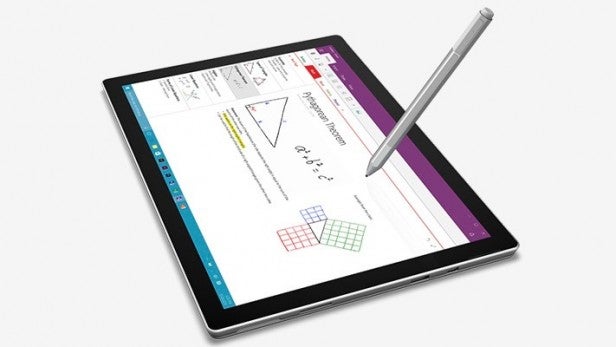 The Surface Pro 4 is arguably the better-connected device of the two, with a full-sized USB 3.0 port, a Mini DisplayPort, and a microSD card reader joining the usual Bluetooth 4.1 and 802.11ac Wi-Fi options.

It’s a set-up that’s perhaps more future-proof than the Surface Pro 4’s, but in the here and now it looks less flexible that Microsoft’s latest.

Related: Surface Book: 5 features that will make you want one 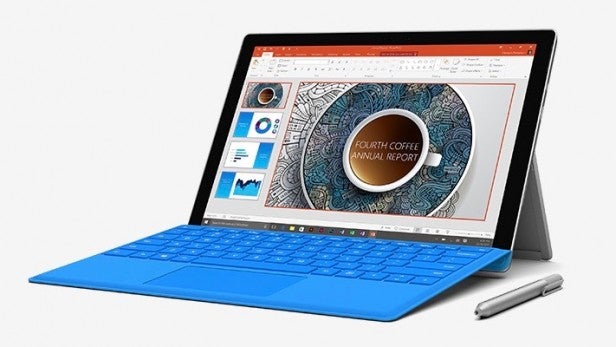 Both devices run on the latest 6th generation Intel CPUs with Intel Iris 515 GPUs, so it should be fairly even in performance terms.

While the Dell appears to come with 8GB of RAM as standard, the Surface Pro 4 has a choice of 4GB, 8GB, and 16GB.

Both the Dell XPS 12 and the Microsoft Surface Pro 4 have a choice of 128GB and 256GB SSD storage, but the Surface also has a 512GB option. Those looking for maximum physical storage might favour the Microsoft machine.

Even at this early stage, it’s easy to see that these will be the two leading 2-in-1 devices for the foreseeable future, and two of the best Windows 10 devices full-stop.

Yet there are interesting differences between the two, with the Dell looking to be the better bet for those seeking a more faithful laptop experience.

The Surface Pro 4, meanwhile, looks to be the best version of a truly genre-defining range.

We can’t wait to put them both through their paces to see which is the best device in day to day life.