What happened? Well, Microsoft blithely (and briefly) announced that it had partnered with the likes of Asus, HP and Dell to manufacture mixed VR headsets on a HoloLens-like platform. In that moment, the firm suddenly became a major player on the virtual reality market, and yet just as quickly, it moved on to other things.

It’s impressive, really. Microsoft turned years of impressive but impractical HoloLens demonstrations into a major deal with its hardware partners, who must reckon they can make a success of its so-called ‘mixed reality’ – a jargon-y term for VR crossed with a bit of augmented reality. 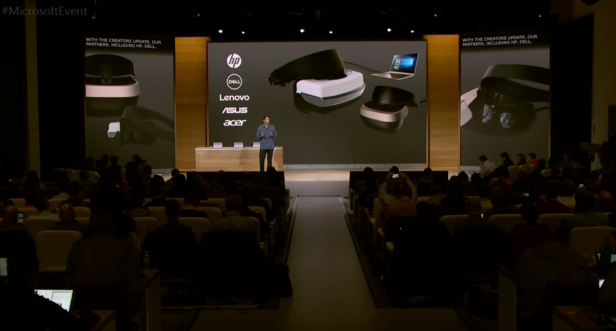 This isn’t HoloLens. This is Hololens Lite. You’re still attached to your PC and rely on its processing power, but you also get room-scale VR (like the HTC Vive) without the need for external sensors, so you can create your own augmented reality world with a single piece of hardware plugged into your PC.

Granted, the long term of appeal of VR and augmented reality is still a bit if a mystery. But in working with its long-term hardware partners, Microsoft has put itself in the best possible position to get its advanced VR technology into as many hands as possible. Only Oculus (thanks to Facebook) and Samsung enjoy operations on a similar scale, and yet none of them have their own desktop operating system.

Why not make the hardware in-house? Microsoft has come to recognise that it’s only really good at producing small numbers of expensive devices – the Surface Studio is further proof, as if we needed it – while the likes of HP and Acer have decades of experience producing cheap kit in high-volumes.

When the object is getting headsets into as many hands as possible, this low-cost, high-volume approach is the only way forward.

After all, that’s how Microsoft found Windows on practically every desk in the world. It provided the software behind a diverse hardware ecosystem during the golden era of desktop computing, not by making mass-production kit itself. It’s a successful recipe.

The world may have changed significantly, but Microsoft wants to use that model again and put itself in pole position in the nascent VR market. It has every chance of doing so. 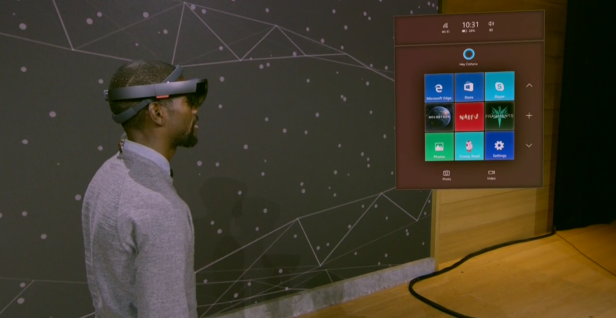 Will the desktop of the future look like this?

Of course, there are plenty of big questions to be answered. So far, none of the named manufacturers have come forward to reveal their hardware, so we’re completely in the dark about specifications. All we know is that the cheapest headsets will cost around $299 (probably around £280 including VAT).

That’s a fair whack more than current entry-level options like the Gear VR, so the quality of the hardware will likely determine how successful this venture is.

This is especially true given how the workplace has evolved in recent years. Forget Microsoft’s demonstrations of teleporting fake furniture into your living room. Forget even the amazing experiences offered up by VR gaming. Instead, think of the way it’ll revolutionise how we carry out our jobs.

Imagine that your digital workspace wasn’t limited to the 13-inch screen on your laptop. With a VR headset on, your desktop could extend as far as your eyes could see, and you could navigate this brave new world with little more than the flick of an eyeball, or the swipe of a finger.

It might sound straight out of a particularly cringe TED Talk, but with Microsoft’s announcement, we’ve come several steps closer to a desktop computing revolution.

And if it doesn’t happen, at least we’ll still have Minecraft.

Will Microsoft change the VR game? Let us hear your predictions in the comments below.