The Microsoft Band has officially launched in the UK. Here’s five reasons why you might want one

As if there aren’t already enough fitness trackers to choose from, Microsoft has decided that it’s time to bring its first health-focused wearable to the UK.

The Band has been available Stateside since October last year and has had some mixed reviews. Priced at £169.99, it’s more expensive than the Fitbit Charge HR and the delayed Jawbone UP3, which finally goes on sale on April 20 for £150.

A cross between a smartwatch and fitness tracker, the Band is packed with sensors, syncs data to your smartphone and throws notifications like texts and emails to your wrist.

So how is the Band going to stand out of the wearable crowd? Here’s five features to help separate it from its closest rivals.

One of our biggest criticisms of fitness trackers is not helping users make sense of the data recorded. Yes, it’s great that you can track daily steps and know how long you’ve slept for, but how does that help you make improvements? Microsoft’s answer is Microsoft Health. This is essentially a platform much like Apple Health and Google Fit, where you can pull through third party app data from the likes of Runkeeper and the Under Armour-owned MyFitnessPal.

More importantly, the more data you share in Microsoft Health, the better it will be able to offer  insights into notable changes in the data and what that means. Jawbone is currently one of the few companies that do this in a truly effective way and if Microsoft can emulate or better its efforts, then it would be a step in the right direction. 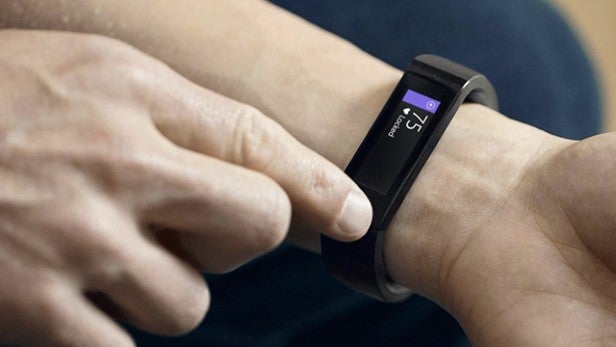 It works across platforms

It’s a rarity to find a fitness tracker that’s compatible with Android, iOS and Windows Phone straight from launch, but that’s exactly what you get with the Band. If you want the best experience though, having a Windows Phone should be your smartphone for choice. That means you can benefit from some of the more unique features available like the ability to customise the 1.4-inch touchscreen display, type out messages on a virtual keyboard and utilise the Cortana integration, which is next in our list…

Microsoft’s answer to Siri and Google Now is going to play a big part in the future of Windows Phone when it becomes Windows 10 and the Band also gets in on the Cortana action. With your Windows Phone 8.1 phone nearby, you can turn on Cortana support inside the Microsoft Health app and use the built-in mic to perform a variety of tasks. You can set reminders, send a text or even ask how many calories are in that BLT sandwich you’re about to tuck into. 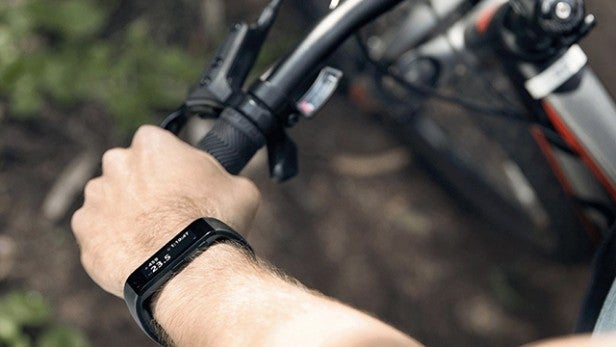 Trainer on your wrist

This is one of the most interesting features on the Band and could make it a great companion in the gym or for someone who has no intention of forking out for a membership. Custom Workouts let’s you download workouts to the Band, and the tracker will display instructions or reps on the screen. The built-in haptic vibration motion will also give you a more purposeful nudge on when to move to the next stage of your workout.

Microsoft already has workout plans from the likes of Men’s Fitness and Shape Magazine. These guides can be added to the Band via the Microsoft Health app.

The Band includes ten sensors in total including GPS, an optical heart rate sensor, a 3-axis accelerometer and there’s even a UV sensor to make sure you’re not spending too much time in the sun. Microsoft also includes a Galvanic skin response sensor, located next to the heart rate monitor behind the display. The primary function is to measure electrical conductivity between the skin and the sensor to help the band identify when you’re wearing it and getting sweaty. It’s also the same technology used in lie detector tests so can also be used to detect stress levels.