Today we learned that Microsoft is to buy Nokia. It’s a sensible move that will see Nokia continue to produce high-quality Lumia-series phones that run Windows Phone 8. That’s a good thing.

However, it puts to rest a dream we’ve had for a long time – the dream of a Nokia Android phone. But what would a modern-day Nokia Android look like?

*Yes, we realise the crappy Motorola Aura exists. But then the Nokia Aura is a 100 per cent genuine made-up phone.

Nokia was the company that made us realise plastic-bodied phones can be pretty nice. The polycarbonate bodies used in many of Nokia’s higher-end Lumia phones are coloured to the core, rather than featuring a thin colour layer on top. So if you scratch them, you don’t end up with a white line down your phone.

The Nokia Aura has just one of these unibody bodies. It’s 155g, 9.7mm thick and has curves to die for. It’s a shade thinner than the Lumia 1020 too.

Free from the shackles of Windows Phone, Nokia was able to get right up there with the top Android rivals from the get go. The Nokia Aura features a 4.7-inch Super IPS display that’s actually pretty comparable to the one seen in the HTC One. Predictably, Nokia splashed its ClearBlack branding over the thing.

It’s a 1080p display with searing brightness and razor-sharp text and images. Browsing full web pages is no problem for the Nokia Aura. 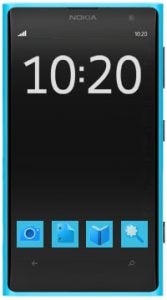 Perhaps learning from its time making Windows Phone 8 mobiles, Nokia hasn’t fiddled too much with the Android 4.3 software running the Nokia Aura show. It has a few light interface tweaks that help give the phone its own visual style without slowing the phone down.

You get a super-sleek clock widget that sits on the default home screen as standard, plus some sharp colour-matched app shortcuts that help keep the Aura feeling consistent with its Lumia-series cousins.

However, it’s otherwise just like any other Android phone.

Unlike the top Lumia phones, the Nokia Aura has cutting-edge core specs. It uses the Snapdragon 800 chipset, offering a performance edge over both the Samsung Galaxy S4 and HTC One.

Like those phones, it has 2GB of RAM for snappy day-to-day performance. And thanks to the Adreno 330 GPU, it’ll be able to handle the top 3D games for a good few years yet. 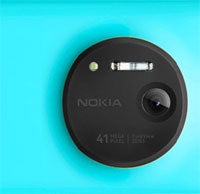 The flagship feature of the Nokia Aura is its camera array, which is very similar to that of the Lumia 1020 and the aged 808 PureView. It has a gigantic (for a phone) 1/1.5-inch sensor with 41 megapixels at its disposal.

It has much better low-light performance than almost every other phone on the market, thanks to both its optical image stabilisation and its ability to bundle up sensor pixels for improved image accuracy.

The Nokia Aura also has a Xenon flash, which is an extreme rarity on phones these days, and a Lumia-style physical shutter button on the phone’s right edge. Nice.

It’s pretty common for top-end Android phones to leave out a memory card slot these days, but the Nokia Aura doesn’t follow the trend. It has 32GB of internal memory and a neat microSD slot on its left edge.

Like the Nokia Lumia 720, it uses a card tray that needs a paperclip to release. This lets the Aura incorporate a card slot without using a removable rear plate. The slot sits on the phone’s left edge. 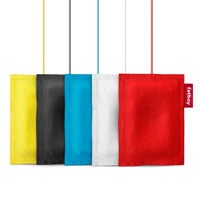 As with the Lumia 925, Nokia decided to leave integrated charging out of the Aura. However, you can hook it up to any Qi wireless charging plate if you buy a simple ‘Aura Q’ case.

This adds wireless charging skills, by hooking up to three little metal contacts on the Aura’s rear.

They may not be at the top of everyone’s features tick-box list yet, but the Nokia Aura has pretty comprehensive wireless connectivity. It offers all the basics, plus NFC and 4G connectivity.

The Nokia Aura uses Google Maps as its main mapping app, but it does keep a few bits and bobs from the HERE maps suite we got used to in Nokia’s Lumia phones. It comes with HERE Drive pre-installed, letting you download maps whole countries before you go off on your hols. No more terrifying roaming bills.

Feature #10 – IR blaster with Harmony Inside

As part of the launch of the Aura, Nokia partnered-up with Logitech, creating an app called Harmony Inside. This hooks into the Logitech Harmony database of electronics devices to let you control just about all of your home’s gadgets with your Aura.

It does this using the phone’s IR blaster. This lets it mimic the signals produced by the majority of remote controls. The Harmony Inside app offers full macro support too, letting you switch your TV, DVD player and digibox on with the press of a single virtual button.

What do we get?

You might be getting the picture already – there’s little wrong with Nokia’s current approach to hardware. And even the hardware improvements we would like to make are areas where Nokia is held back by the Windows Phone 8 system it is currently tied to. Still, wouldn’t you like a Nokia Aura?

Is there anything else you’d like to see in your Nokia Android dream phone?

Next read our Nokia Lumia 925 review