We all know technology is constantly improving. It allows us to do ever more, ever faster, in ever smaller packages, and usually manages to improve in the looks department too. This is especially true of mobiles, tablets and laptops. Surprisingly though, it’s rare for any of these categories to produce the perfect device. Even with flagship smartphones like the Samsung Galaxy S3 or premium tablets such as the Asus Transformer Prime, it’s always the case that a competitor offers something better, or that you really wanted a feature or upgrade that simply isn’t there.

– Wondering which laptop to buy? Check out our roundup of the
here.

Never has this been more the case than with laptops. Your average laptop has a poor TN screen with a low resolution. Even premium models can’t be used for 3D gaming. Gaming models aren’t generally very portable or good-looking and don’t tend to last long away from a socket. Even with USB 3.0 becoming standard, few offer the ability to connect external graphics – and the list goes on. However, Apple has released a laptop that changes all this: the Retina MacBook – or as it’s officially called, the 15in MacBook Pro with Retina Display. 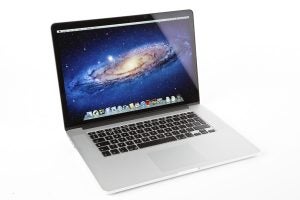 What makes the MacBook Pro with Retina different?
As a strong sceptic towards the ‘Apple magic factor’, I judge the company’s creations purely on what they bring to the table in terms of hardware (and of course software) compared to the competition. The new iPad is the perfect example: yes, it’s a great tablet with the best screen and software selection available – but for everything it gets right, it suffers an awful lot of limitations too, which is why it only got 8/10 where the Transformer Pad 300 scored 10/10.

So what makes the new MacBook Pro 15in different? Apple doesn’t give it proprietary data connections or control the type and size of the files you’re allowed to put on it. Strip away Mac OS, and functionally it’s a laptop like any other – except, what a laptop. Aside from being a generally accomplished, great to use machine, it sports such niceties as the highest-resolution screen on any mobile device and the best, most flexible connectivity of any consumer laptop. 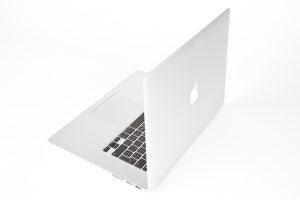 Combine this with the advantages Intel’s Ivy Bridge is set to bring to laptops in general plus dedicated Nvidia graphics that will let you get your game on, all stuffed into a relatively slim and light chassis with the usual stunning Apple design and build quality, and it becomes difficult to see a down-side – apart from how much the Retina MacBook will set you back. As such, it really could be the laptop to rule them all… until the competition catches up, anyway. But let’s look in a little more detail at what, for now, sets it apart from every other laptop out there.

MacBook Pro Retina Display
Its 2,880 x 1,800 IPS screen is undoubtedly the single biggest talking point about Apple’s flagship laptop, and deservedly so. After helping to make high-quality, high-resolution screens standard on high-end tablets and mobiles with the Retina efforts of the iPhone 4 and iPad 3, Apple is now doing it for laptops. Not that Sony didn’t get there first with the likes of the 1080p 13in VAIO Z, but it simply didn’t have as much influence on the broader market as Apple’s machine is likely to. 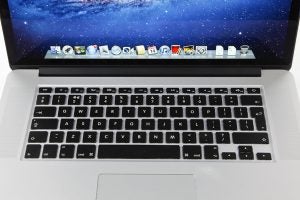 Quality on this Retina display is, in most ways, superb. Near flawless viewing angles, superior colour reproduction, excellent contrast unmarred by backlight bleed or clouding to an extent rarely seen, and no nasty artefacts, all make for a very compelling showing.

Thanks to that incredibly resolution – which equates to 220ppi – sharpness is also unsurpassed, and at normal viewing distances it looks every bit as sharp as the iPhone 4S’ 329ppi. Another unique touch along with its resolution is the reduced glass layers compared to the old design and most of the competition, which makes the screen look more… immediate. 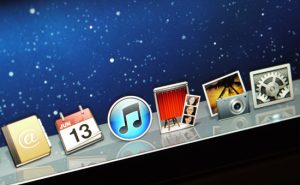 So is it perfect? Not quite. Out of the box dark detailing isn’t great, with the subtlest details lost in the admittedly deliciously inky (by laptop LCD standards) blacks. We’re also not completely convinced by the display’s glossy finish, which does still cause annoying reflections, albeit less than before. Still, for now it’s definitely the laptop screen to beat.

Read on to find out what else makes the 15in with Retina the best laptop ever.