How has Apple transformed Mac OS?

We’ve known for a while that Apple would be announcing a new version of Mac OS X at WWDC 2014, but precise details haven’t been easy to find. Sure, we kind of knew there would be a greater iOS influence on the design, but anyone could guess that. Now Apple’s revealed the details officially, we can finally stop speculating and look at what’s new in Mac OS X 10.10.

Yes, it does look like iOS and that’s just fine

Let’s deal with this one first, because it was very obvious. Mac OS X 10.10 is arguably the most dramatic visual overhaul of Mac OS in ages. Icons and fonts look very similar to iOS, and there’s a similar emphasis on translucency and ‘levels’ within the OS. This is most obvious in the dock icons, where the icons and semi-transparent look is is very similar to the app tray on iOS. 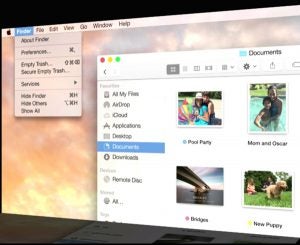 It now has an awesome looking Dark Mode

It’s just a small thing, but one of the things we liked most about the new Mac OS X 10.10 design was the brief glimpse of a dark mode. All this does is turn the normally light coloured interface into a darker, less obtrusive shades of grey and black, making it easier on your eyes in dark environments. We like this a lot. 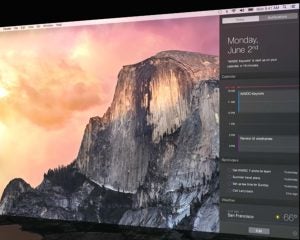 A fairly basic version of Notifications Center has been part of Mac OS for a while, but Mac OS X 10.10 Yosemite brings a whole load of improvements. It now has the Today View that debuted in iOS 7, and it adds third-party app support as well. 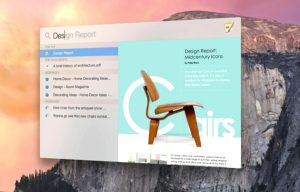 Apple has gone to town on improving Spotlight search in Mac OS X 10.10 Yosemite. You now get a large, clear search box right in the middle of desktop, rather than just the small box in the top-right corner. This opens up a large number of enhancements. 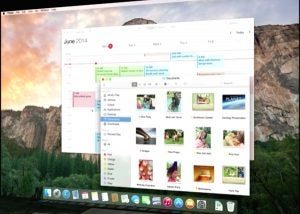 Ever since it launched, iCloud has felt strangely limited. If the app you were using supported it then it worked great, but that document was effectively tied to that app. iCloud Drive effectively turns iCloud into something far more akin to Dropbox where files are accessible in Finder for you to open in any app you want.

This also enables another feature called Mail Drive, where Mac OS will send email attachments that are too large for email via iCloud Drive automatically. 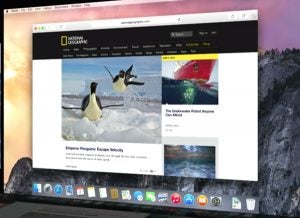 Like the rest of the OS, Apple has given Safari a complete overhaul. It has the new, iOS-like style, and Apple has de-cluttered the toolbar. By default the favourites bar is gone (it can be returned), but instead you can simply search for what you want and your favourites will appear in a dropdown preview pane.

This search box also pulls in more search results, such as Wikipedia results and also potential matching results from Spotlight on your PC. Safari also supports HTML 5 Video Premium, which means you can use services like Netflix without any plug-ins. Apple believes using HTML 5 will improve MacBook Air battery while streaming video by up to two hours. 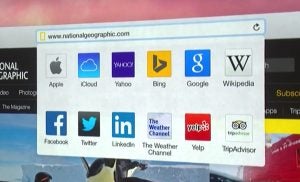 Remember AirDrop? It’s that thing that lets you share things quickly between iOS devices, or between Macs. Now you can use it transfer files between iOS and Macs, which is nice, though it should have been there before.

One of the themes of Apple’s developer conference was continuity, and Handoff is one of the new features that exemplified this ideal. It allows you to quickly pick-up where you left of on any device. So, for example, if you’re viewing a web page on Safari on your Mac, you can open that same page on your iPad simply be swiping up on the lockscreen. 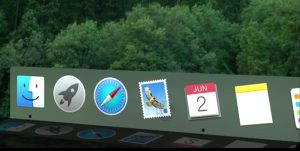 View and accept calls from your iPhone on your Mac

This is a real party piece. Provided your iPhone and Mac are on the same Wi-Fi network, you can now view and accept calls from iPhone directly on your Mac. You get a small notification view on your Mac’s desktop, and it will use the built-in mic on your Mac to take the call.

A similar, though smaller, feature is that non-iMessage messages are now synced in the app, so you can see and reply to messages from any device even if the person you’re conversing with doesn’t use iMessage.