LG has just unveiled the V10. But this isn’t your average smartphone. Why you ask? Let’s take a look and see.

Following on from the rather fantastic LG G4 and its work on the Nexus 5X, LG has just announced the V10. And it’s possibly the brand’s most interesting smartphone in a very long time.

Here are all the details and why you might want to cast your eye over it.

It has two displays, but why?

Easily the most eye-catching feature of the LG V10 is its always on second display. It sits just above the more conventional 5.7-inch quad-HD panel, and shows off the time and date, weather, battery level and so on. Handy bits of information, really.

This changes when you have the main display on, with the secondary panel giving you quick-access to apps, music controls, favourite contacts and notifications. 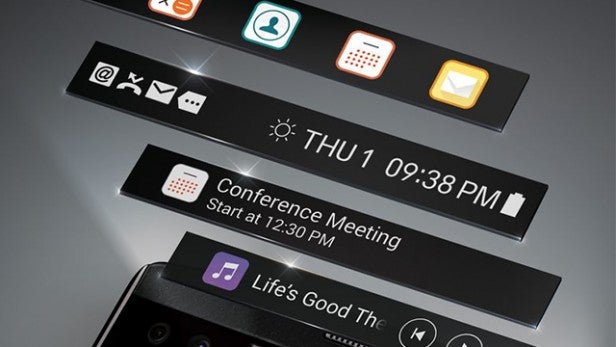 Sound familiar? Well, it offers up pretty much the same functionality as the curvy edge display on Samsung’s S6 Edge and Edge+, it’s just separated from the main screen, rather than part of it.

Displays aren’t the only thing LG has doubled on the V10, it’s also thrown in dual wielding selfie cameras too. These two 5-megapixel sensors work together, so one has a 120-degree lens for wide group selfies (groufies as LG likes to call them) while the other is a narrower 80-degree version.

As the cameras have different fields of view, they can’t be used to create 3D shots – we don’t think anyone will be bemoaning this loss – but LG’s software can combine the images taken from both lenses.

It’s not all about the cameras on the back

LG hasn’t forgotten about the rear camera on the V10, but there seems to be more of a focus on video, rather than photos.

While the G4 gave manual controls for photos, the V10 brings them in for videos. So you’ll be able to tinker about with the shutter speed, white balance, focus, frame-rate and even set it to shoot in 21:9 aspect ratio.

4K recording is of course supported and there’s both optical and electronic image stabilisation to ensure your footage doesn’t turn into a blurry mess. 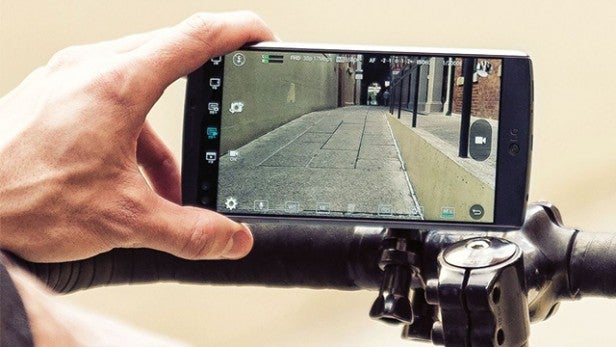 15 Second Auto Edit, meanwhile, creates a brief highlights package from your video with all shaky or static scenes removed.

The rest of camera tech matches up pretty much spec for spec against the LG G4, which is hardly an issue as that phone boasts one of the best Android camera out there That means there’s a 16MP sensor with an f/1.8 aperture and the ever important optical image stabilisation

The internals are pretty similar to the LG G4, but the classy look isn’t

Just like the camera specs, the majority of internal components of the V10 have been plucked directly from the LG G4.

Running the show is a 64-bit Snapdragon 808 processor – that’s also the same chip used in both the Nexus 5X and Moto’s X Style – and the battery is a removable 3,000 mAh cell. 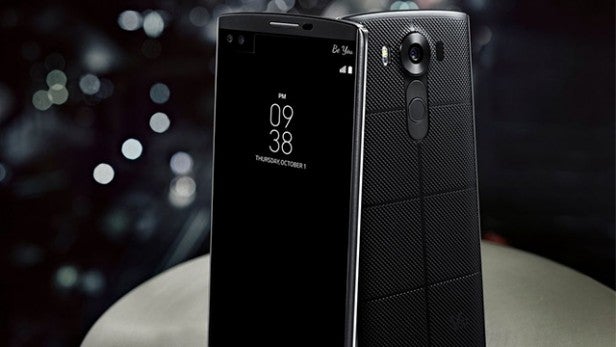 There are a couple of improvements though – notably the extra gig of RAM (making it 4GB all together) and the jump to a base 64GB of internal storage. There’s also a microSD slot that’ll take cards up to 2TB.

Where the V10 differs most from the G4 is in its design. LG has ditched the plastic casing and replaced it with a much classier looking stainless steel body. We’ve not had hands-on with it, but judging by the pictures it looks a pretty sleek device.

This could be a shame.

The LG V10 will start hitting shops in South Korea later in October, with the US, China and ‘key countries’ in Asia, Latin America and the Middle East to follow. As you can see, it doesn’t mention anything about a European release, so we might never get our grubby mits on this impressive looking device.

Also, no price has been given yet. But, given the increased specs and that funky second display – and second selfie camera – we expect this phone to come in at a much higher price than the G4.

Are you excited about the LG V10? Let us know in the comments section below.