What’s the difference between the LG G4 and the LG G3? We take a look at some of the new features and specs

LG has announced its new flagship phone, the LG G4, another Quad HD phone, squarely aimed at taking on the Galaxy S6.

Packing
some seriously attractive specs and features, the G4 seems to be
building on the solid ground laid by last year’s flagship, but plagued
by leaks, there weren’t many surprises during the announcement.

For those of you who want to know how it stacks up against Trusted Reviews Phone of The Year 2014, the LG G3, we’ve compared some of the headline features.

LG G4 has a range of removable covers that includes leather

The
look of the LG G4 phone is probably be one of the most divisive aspects
of it. We’ve debated here at TR about whether or not we love or hate
the leather back options, but the team are split right down the middle.
Thankfully it’s removable, but as a first impression, it’s a bit
off-putting for some — at least it’s genuine leather.

If you do
decide to take the cover off, there are other options, including up to
six different coloured leather backs at launch and some non-leather
alternatives, featuring some modern textured plastic/metal/ceramic
surfaces. We especially like the look of the diamond-patterned rear
cover. 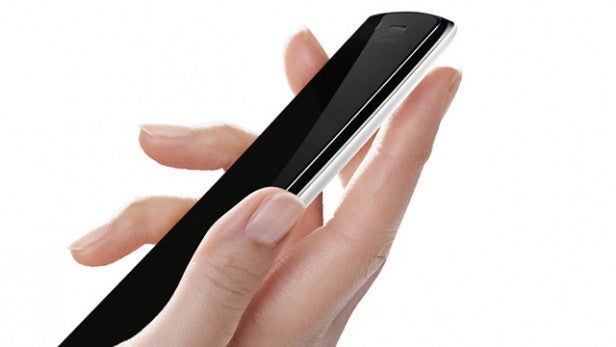 The most obvious difference between this year’s and last
year’s model is that the G4 has a Slim Arc design, giving it a subtle
curve for greater ergonomics, and LG argues that the curve provides the
added benefit of greater durability.

Last year the G3 had a similarly mixed reception with its brushed metal back. Some people wanted actual metal, like the HTC One M8, while others were happy because the lack of metal kept the large phone relatively light.

Still
with no water proofing though, there isn’t much to choose between these
two on looks. Both carry a certain sense of style and refinement, but
we prefer the curves newer model.

The LG G4 has a brighter, more colourful Quantum LCD

After
striking out ahead of the pack and bringing us the first globally
released smartphone with a Quad HD display, LG has stuck to its guns
instead of dropping resolution for the sake of battery life.

So
once again we have a 5.5-inch 1440 x 2560 (QHD) display, but this year’s
model has an improved colour gamut. According to LG, the colour
reproduction of the screen has been increased by 20%, by using a new
type of liquid crystal. The new process the company is using has also
supposedly boosted brightness, sharpness and contrast. We look forward
to putting this to the test.

But with all of that said, last
year’s flagship wasn’t exactly crap, in fact it’s one of the best
screens we’ve ever seen — it made my £2000 TV look standard definition. 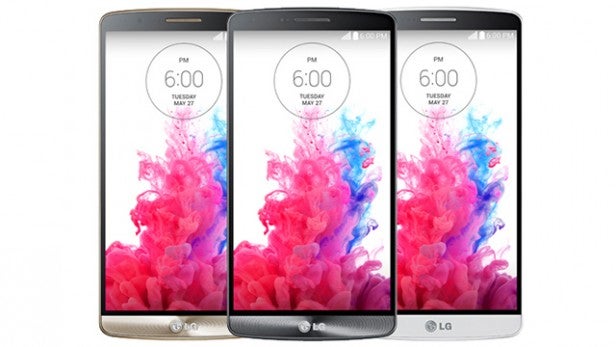 G4 gets a 64-bit hexa-core processor

Surprisingly,
LG has opted for the slightly underpowered Snapdragon 808 SoC in its
latest flagship, compared to Qualcomm’s top spec 810 unit that’s used in
the HTC One M9.

But it’s still an improvement over the LG G3,
which used the 2GHz Snapdragon 801 quad-core processor. The 808’s
hexa-core chip brings battery performance improvements, better support
for 3D gaming and should deliver faster performance overall compared to
the 801 used previously.

The six cores of the LG G4 are arranged
in a big.LITTLE configuration, using the same 20nm process used to make
the top spec Snapdragon 810 SoC. This means that even though it may not
be quite as powerful or efficient, it is a definite step up from what LG
did with the G3 last year, and that phone was no slouch.

Compared
to the G3, the G4 should win out in the power steaks, but it may have a
tougher battle against the other 2015 flagships.

LG G4 gets a much faster f/1.8 lens and larger sensor

Last
year LG set a standard with its fantastic 13-megapixel camera, optical
image stabilisation and “laser-autofocus”. It was fast and produced high
quality images. It even managed to squeeze in UHD video recording at 30
frames per second.

That sensor in that camera, created by Sony,
has become a staple for many cameras that have followed in the LG G3’s
wake. So this year, the Korean tech giants have decided to raise the bar
a little higher. This time opting for a 16-megapixel unit, likely the
same sensor used in the Samsung Galaxy S6, so it should be highly
capable.

The new UX 4.0 has made the camera operation faster
too. With new Quick Shot mode, the camera can be launched and take a
picture in as quick as 0.6 seconds. But the biggest deal is that the LG
G4 can shoot in RAW format and offers full manual control. 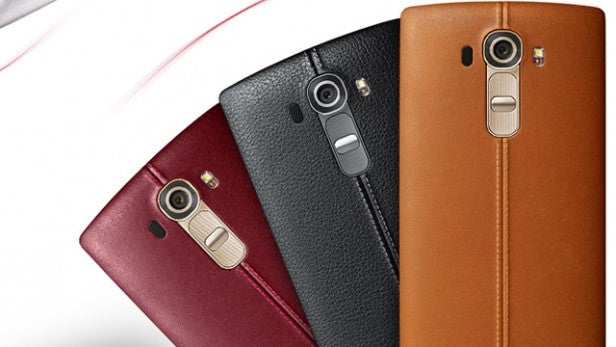 The LG
G4 also has improved optical image stabilisation (OIS 2.0), laser
autofocus (as quick as 0.276 seconds) and UHD video recording, so we
would expect it to be great for video, as well as in low light thanks to
the larger sensor and f/1.8 lens. The front-facing camera has had an
even more significant overhaul, now up to fabulous 8-megapixels from a
pitiful 2.1-megapixels.

The G4 has an improved gesture shot
function that will take pictures without you needing to press the
shutter button. Selfie lovers will definitely prefer the LG G4 over the
G3.

You still get a microSD card

This
year LG has doubled the leading phone’s internal storage, now up to
32GB from 16GB. This seems to be a trend among flagships these days, so
it’s great to see LG keeping up.

But better still, LG has kept
the memory expansion slot – take that Samsung and Apple. This means that
the LG G4 not only has more in-built memory than last year’s model, but
it can also be expanded up to 128GB using a micro SD card.

Android Lollipop and a new UX

The
new LG G4 is running Android 5.1 out of the box infused with LG’s own
UX 4.0. The new user interface has been developed following a global
consumer trial and should offer a range of solutions that make the phone
easier to use and more useful on the whole.

But the LG G3 also
has Android Lollipop now, so not too much difference here. We’ll have to
wait until we get our full review sample before we can comment on
whether or not the new UX 4.0 represents an improvement or not.

The
new G4 does apparently have the most accurate navigation capabilities
of any smartphone right now, thanks to Qualcomm’s IZat location service.
This means it should be able to deliver improved tracking whilst inside
buildings. Retailers will love this, but will also be great for
providing G4 owners with more accurate location based notifications. 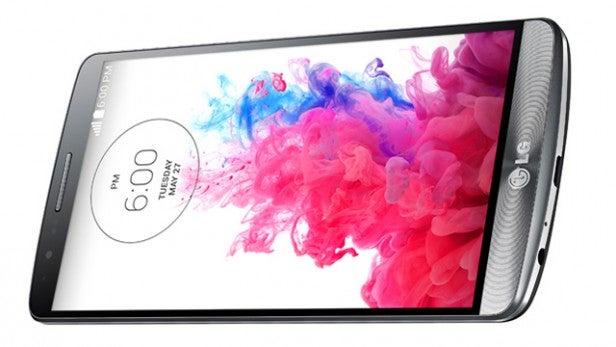 Despite
being the same capacity, the new LG G4 should be able to get more than a
day’s use on a single charge, thanks in part to the Snapdragon 808’s
more efficient processor.

The LG G3 has a large battery, but its
power hungry screen went through it at a fast rate, meaning the phone
would often need a top up charge at least once a day. For that reason, a
few people speculated that LG would ditch the QHD display. But instead,
the company has decided to stick with it and go for greater power
efficiency.

The new intelligent battery saving features, such as
the new Graphic RAM that can put the phone’s CPU to sleep when still
images are on screen. Other power saving functions that give you greater
control over power hungry applications are also included, but these
functions at least are becoming standard on phones these days. The LG G3
handles power draining apps in a similar function, although the Graphic
RAM feature of the G4 looks like a great addition.

The
real story here is the camera and the battery. The LG G4 has some
impressive specifications and although it isn’t running on a top spec
processor, it seems some great work has been done to make this phone
very power efficient.

Last year’s LG G3 was an incredible phone,
so there wasn’t too much room for improvement, at least not so soon. The
pricing of the LG G3 also makes it a very strong contender, considering
it’s still flagship quality for less than £400. The improved camera
functions, along with an better Quad HD display and enhanced battery
performance are all welcome improvements.

All things considered,
this isn’t a huge update, but LG seems to have done a good job of
making a great phone a fair bit better.