LG G4 Bootloop Problem: What is the LG bootloop problem and what’s the latest news?

The LG G4 always was, and still is – even with the LG G6 and LG V30s out in the wild, and the LG G7 ThinQ incoming – a very good phone. However, it has a serious issue.

If your LG G4 falls foul of the now-infamous ‘bootloop’ syndrome, you’re in trouble. We’re going to take a look at what it is, the causes, and how you can potentially resolve the issue – as well as update you on the latest news surrounding LG.

Someone decided to sue LG. Or rather, quite a few people did – LG was the subject of a class-action lawsuit in California.

You can read the full complaint here.

The plaintiffs contended that LG replaced their malfunctioning G4s (and, in some instances, V10s) with equally faulty models, despite appearing to admit to the issue.

Or, to quote the legal filing, “LG continued to manufacture LG Phones with the bootloop defect.”

To expand, the lawsuit against LG claimed:

“Despite this admission, LG did not undertake a recall or offer an adequate remedy to consumers who purchased the LG G4 phone.

In the end, LG offered a relatively generous settlement to select users in the form of either $425 cash, or a $700 credit redeemable against future LG phones. The LG G4, LG G5, LG V10, LG V20 and LG Nexus 5X were all covered by the deal, though the deadline to claim your payout has now passed.

Most recently, LG opened the LG Global Software Upgrade Centre, which while primarily focussed on speeding up Android updates, will also assume responsibility for “ensuring a consistent user experience” – which presumably means tackling widespread bugs like the G4 bootloop problem. It’s a physical facility located at one of the chaebol’s headquarters in Seoul, so most of us will just  have to trust that they’re doing the business over in South Korea.

Now that you know the current state-of-play with regards to the LG bootloop problem, here’s the background.

If your LG G4 turns itself off unexpectedly, then gets caught in bootup, refusing to actually make it to the Android homescreen, it sounds like you may have the LG G4 bootloop issue.

It effectively bricks your phone, even though it isn’t a software issue – which is what usually turns your handset into a useless slab of plastic. The cause of the problem has been confirmed as a fault in the soldering of one of the connectors on the device’s main board.

This is bad news, since it means you can’t fix the phone simply by re-flashing the software.

Owner reports posted on the internet seem to suggest the problem crops up after the phone has become quite hot. Games that use mobile data and your location are likely to result in your LG G4 becoming quite toasty, as so many heat-generating parts of the phone are working.

What is LG’s take on the bootloop bug?

In January 2016, LG officially acknowledged the bootloop issue. This appeared to be confirmation that this wasn’t simply a sporadic problem caused by users mistreating their LG G4s.

We contacted LG in early August to try to get an update on the issue so far. However, we’re yet to receive a revised statement. We’ll update this article if we’re able to discover any new information.

LG’s current advice is to take the phone back to the network if it was purchased as part of a contract deal, or to the relevant retailer if it was bought outright. As an officially recognised issue, you shouldn’t have too much trouble getting your LG G4 repaired if it’s under warranty.

Here’s the full statement from January 2016, as published by Android Authority:

LG Electronics has been made aware of a booting issue with the LG G4 smartphone that has now been identified as resulting from a loose contact between components. Customers who are experiencing booting issues with their LG G4s should contact their local carrier from where the G4 was purchased or a nearby LG Service Center (www.lg.com/common) for repair under full warranty.

Customers who purchased their G4 devices from non-carrier retailers should contact an LG Service Center with the understanding that warranty conditions will differ. LG Electronics is committed to providing the highest standards of product quality and customer service and apologises for the inconvenience caused to some of our customers who initially received incorrect diagnoses.

Can I fix the issue myself?

At this point, there’s a good chance your LG G4 may no longer be under warranty. So what do you do?

Some people have had a degree of success in getting their phones to work by either baking or freezing them. This isn’t a permanent fix, and personally, we wouldn’t recommend trying an LG G4 bake-off. Phones do not belong in ovens.

However, some reports suggest that this course of action has got LG G4 phones working again for at least a few days. It’s enough time for you to pull your data off the phone – but it isn’t exactly a solution. 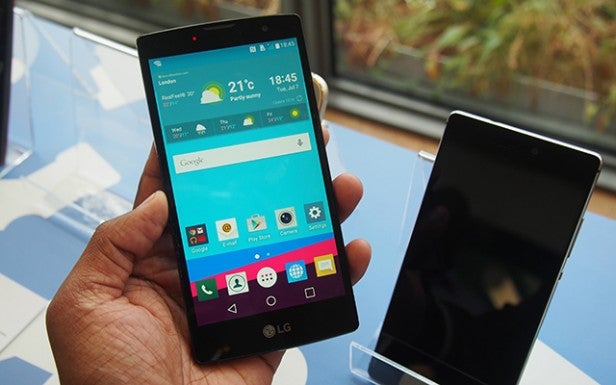 A much more interesting tactic has come to light by way of a document intended for LGE service engineers, which has been leaked online. It details a process that can sort-of fix the problem.

It isn’t a perfect or simple repair job, though.

The LG fix reaches deep into the LG G4, using a recovery tool to install a custom .tot firmware file that disables the phone’s “big” cores. Your G4 will end up significantly slower, with CPU power closer to the third-generation Moto G.

The LG G4 uses a Snapdragon 808 processor featuring two Cortex-A57 and four Cortex-A53 performance cores. Those “big” cores comprise the pair of A57s. They may only represent a third of the number of cores, but these performance cores are far more powerful than the “LITTLE” A53s that will be left running the show.

If you’re wondering what all this “little” and “big” nonsense is about, it concerns CPU arrangement. The Snapdragon 808 is a big.LITTLE CPU, with teams of cores that let it switch up gears when necessary.

The idea behind disabling the big cores is that it stops the phone from reporting an overheat status quite so readily. It’s intended as a short-term fix to allow data recovery, after which the phone’s main board will be replaced. Let us know if you’ve applied this fix and managed to get your phone working again longer-term.

Failing that, if you’ve still got a bootloop-affected LG phone, it’s probably worth getting in touch with an LG support representative to see if there’s anything they’re still willing to do. You can find a list of contacts here.

When did this problem start appearing?

The LG G4 launched in April 2015. Roughly five months later in September 2015, reports of the bootloop issue started popping up in forums. Videos showing the problem were posted on YouTube.

At first it appeared that perhaps only certain versions of the LG G4 were affected: there are slightly different iterations of any phone in different territories and different production batches. However, by 2016 it became apparent that this issue can afflict just about any G4 sub-model.

In January 2016, a change.org petition was formed. It was a plea to LG to replace faulty phones regardless of the region of the phone. Some users have reportedly been turned away from LG service centres because they own imported devices.

At the time of writing, the petition has 5,556 signatures. While not on the scale of some of the petitions you may have signed, or seen, it’s a clear sign that this is likely a very significant, fairly widespread problem.

If you experience the issue and you device is still within warranty (unlikely at this time), we recommend getting in contact with either your network or a service centre. To do the latter, you need to request a repair on the LG website.

Have you had issues with the bootloop problem? Let us know in the comments.