The next generation of consoles are upon us, with PS5 and Xbox Series X having graced our gaming lives for a number of weeks now. So, it’s time we start getting dreamy about the games we’d love to see for the platforms moving forward.

Capcom has been experiencing a renaissance of sorts in recent years, with franchises such as Resident Evil and Devil May Cry returning to their original glory with genuinely fantastic new entries. It was a bold move by the Japanese studio, but one that paid off massively and continues to result in enthralling new games.

So, why not bring more of its classic franchises back into the limelight? Dino Crisis has only had three entries, with the third being so critically panned that it caused the series to vanish into obscurity. But its first two chapters were undeniable classics, having implanted their horrific sci-fi world into the minds of millions.

First released on the original PlayStation, Dino Crisis 1 & 2 are a compelling duo of games that are more different than you might expect. The first is a traditional survival horror experience, essentially a Resident Evil clone that swapped out zombies for bloodthirsty dinosaurs.

Despite its obvious influences, it innovated upon the formula enough to pull players in and refused to let go. Being trapped on a foreign planet with seemingly no escape, knowing that deadly creatures await around every corner waiting to devour you. It terrified me as a child, and the core concept is inventive enough to translate into the modern era.

It could easily adopt the first-person perspective of Resident Evil 7, providing you with no reasonable escape from the prehistoric threats except to turn away and run for your life. On the flip-side, Resident Evil 2’s third-person perspective would also work brilliantly for fast, satisfying gunplay and unpredictable jump-scares. The RE Engine has proven it can work in so many scenarios. 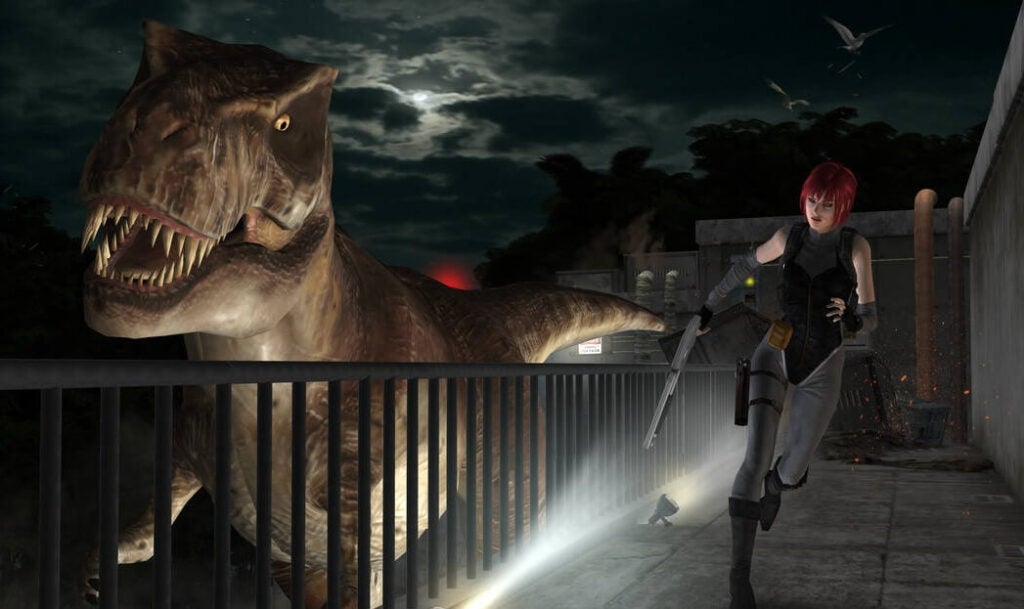 I’ll be honest, there aren’t enough good dinosaur games out there. The Turok reboot sucked, resulting in yet another classic franchise taking a backseat for what has now been over a decade since its last appearance. Dino Crisis could buck such a trend, and the idea of being stalked by photorealistic lizards is honestly a bit terrifying, especially if it’s executed with the right kind of finesse.

It’s a franchise that is loose enough in its lore and mythology that Capcom could basically do anything with it. It isn’t like Resident Evil, which is defined by an endless list of characters and events that must remain consistent with each new entry, despite how ludicrous it all really is. By comparison, Dino Crisis could be rebooted in so many ways – and it is this potential that makes it all the more exciting.