So, you love the awesome Lego Dimensions, but you’ve gone as far as you can go with the starter pack. Where do you go next? Well, that’s a topic of much debate and careful study.

Between the four level packs and numerous team and fun packs currently available, you already face a bewildering choice, and that’s without the additional packs coming through in the first six months of next year.

And while the level packs bring in additional adventures, what everyone is really after is the mini-figures and vehicles that can unlock the content in the original pack or help you inch your way closer to that evasive 100% completion target.

We’re not going to go too in-depth into pack-purchase strategies or the ins and outs of spending the least amount of money to reach 100%.

We’re also not going to talk extensively about packs that aren’t available yet – exciting as many of these will be.

Instead, we’re going to pull out the packs which we think will give you most value and help you unlock and more collect the most Lego Dimensions stuff.

Sounds good to you and your wallet? Well, read on.

There are several good reasons to buy this pack, not all of them the ones you might expect.

Yes, it gives you a Simpsons level to play, based on the classic Mysterious Voyage of Homer episode. Plus, it unlocks the Springfield hub world.

However, it also gives you Homer – a surprisingly versatile character – and the TV, which turns out to be one of the most useful vehicles. Homer’s gruesome belch gives him the useful Sonar Smash ability, used to destroy transparent blue objects, but he also has Super Strength and can grow to giant size and smash down obstacles.

Homer’s car, meanwhile, can transform into a jetski or submarine.

The surprise star, however, is the Taunt-O-Vision TV. In its most basic form it can blow up silver objects, but upgrade it and it turns into a laser-wielding robot. That’s a lot of capability in just one pack. 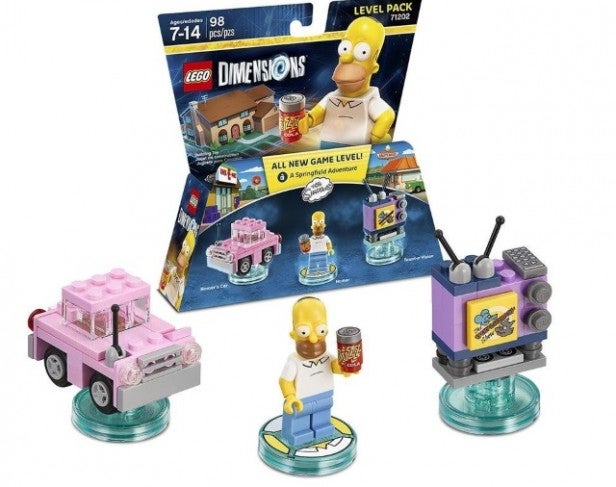 If you’re looking for a level pack, this is the other top choice. Not only do you get access to the Doctor Who hub and what’s arguably the best level of any outside the main game, but you also get the twelfth doctor, with Hacking, Technology and Repair broken objects abilities on top of his unique regeneration skill, plus K9 who can destroy silver objects and, once upgraded, tackle gold objects with his laser.

What’s more, this set includes the Tardis, which files and has the Flight Hook and Cargo Dock ability. It’s a pricey pack, but one that dishes out great value for your money. 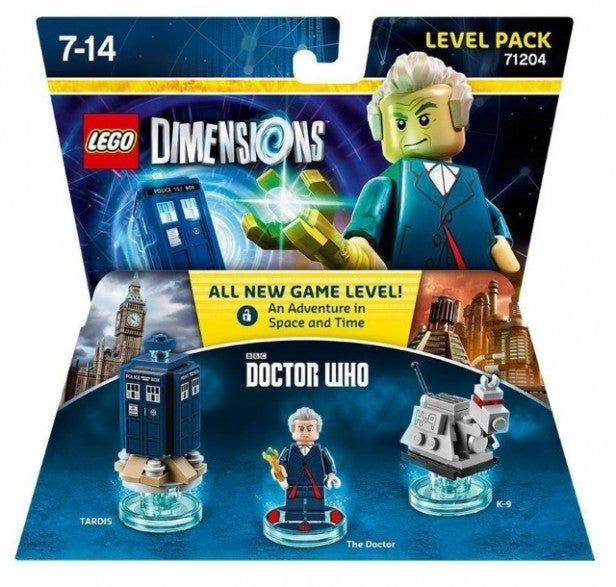 Team Packs don’t have the exclusive levels of the similarly-priced level packs, but with two figures and two vehicles you get a lot of abilities for your money, not to mention access to a hub world.

Throw in the Boulder Bomber and Blade Bike and you can also wreck silver objects, fly and use the flight hook/cargo dock abilities, while activating accelerator switches and gaining a towbar. A very versatile team pack. 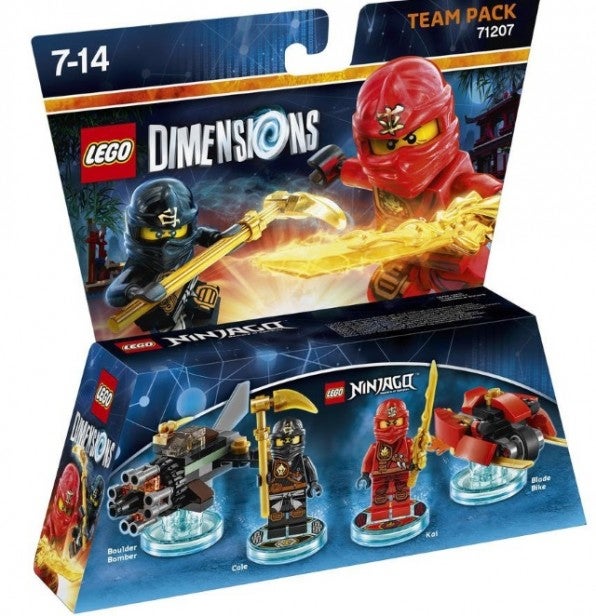 Here’s another one. At the moment this is the only way to access Scooby’s hub world, while Scooby, Shaggy the Mystery Machine and the Scooby Snack bring a range of useful powers into play. Scooby himself can dig, track, use Stealth and swim underwater.

Shaggy is a little less useful; his illumination power mirrors Gandalf’s in the starter set, while his other abilities just match Scooby’s.

The Mystery Machine triggers accelerator switches but, with the right upgrades, can also handle plant growth, hazard clean-up and pull with the towbar. And the Scooby snack? With these, gold blocks and super strength are no longer a problem. 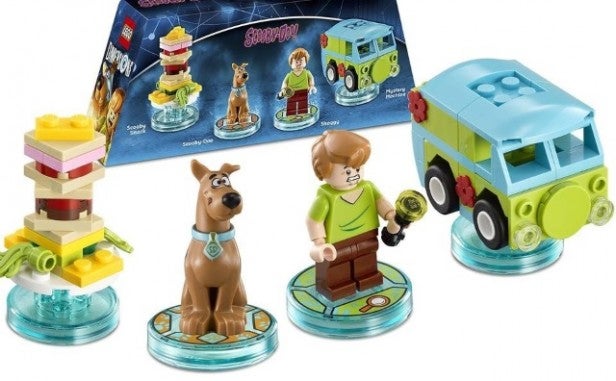 Here’s another Team Pack winner. This one nets you Owen Grady, with Stealth, Tracking and Target abilities but also the unique ability to cut through Lego vines (though this isn’t much use away from Jurassic World). The ACU trooper gets you Electricity (a fairly rare skill) plus illumination (which Gandalf has already).

Better still, you get the Velociraptor and the Gyrosphere, the former cutting vines then digging and providing Super Strength once upgraded, the later activating ball switches and delivering Sonar Smash and Speed abilities when enhanced. 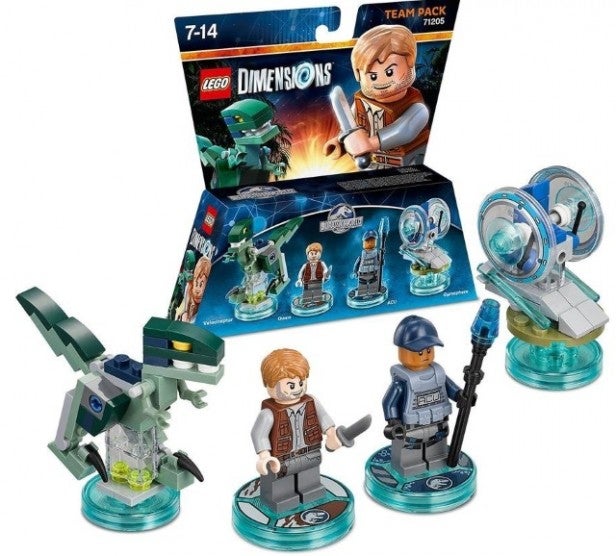 With the fun packs you’re looking for either maximum abilities from one character and one vehicle, or unique abilities which you won’t find elsewhere. Fun packs are also the cheapest way to unlock a hub world, so well worth considering on that alone.

Benny fails on the last count – Wildstyle can already unlock the Lego Movie world – but Benny has one of the best selections of abilities in the game, with Master Build, Hacking, Technology, Targer and Break Glass powers.

Benny’s spaceship starts off with basic flight and cargo hook/flight dock capabilities, but upgrades to destroy silver objects later on. 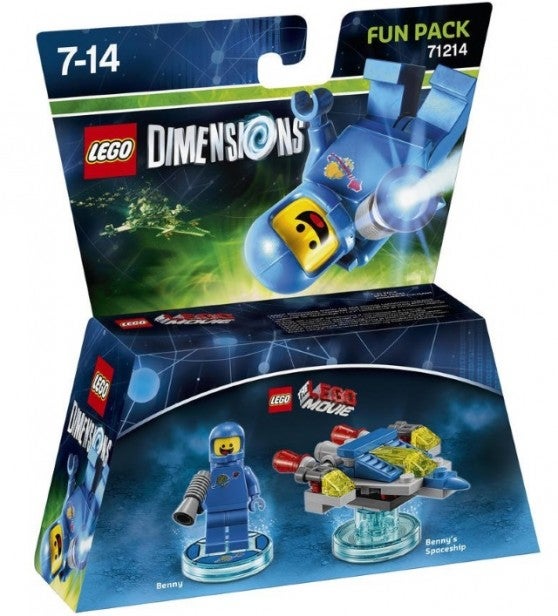 Each of the Lord of the Rings fun packs has its strengths, and it’s worth looking at Legolas for his rare Pole Vault capability. Gollum, though, is both the most repellent and the most versatile creature. He can dive underwater and get through small openings – reasonably unusual and useful skills – and he has Boomerang and Acrobat talents too.

His companion Shelob is also very handy, kicking off with a Dig capability but adding Super Strength once enhanced. 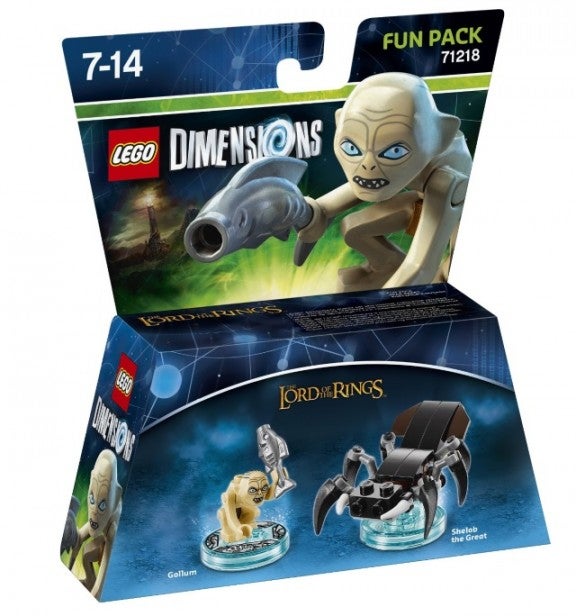 Jay from Lego Ninjago is another useful character. Spinjitzu, Acrobatics, Stealth and Deflection are par for the Ninjago course, but Jay can also Repair Broken Objects, use Deflection and harness Electricity, making him a handy all-rounder.

What’s more, his Storm Fighter comes with the standard flight abilities, but evolves into the Lightning Jet and Electro-Shooter, adding Laser abilities to Jay’s portfolio. 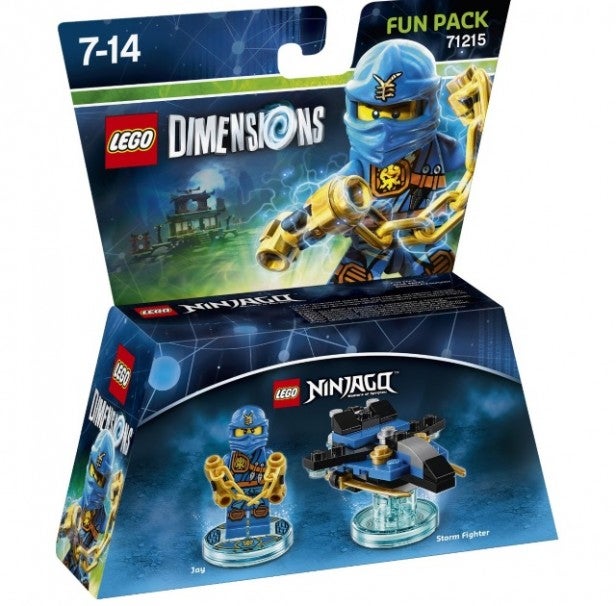 These last two are worth a mention because they are in quite important ways unique. The Witch is the only minifigure who can open up the Wizard of Oz hub. With Flight, Silver Destruction, Ilumination, Magic, Magic Shield and Mind Control, her extensive ability set isn’t to be sniffed at, either.

Unikitty isn’t nearly so flexible, but she is the only character in the game who can build rainbow objects, leaving completionists with two choices: either buy Unikitty or prepare to Hire a Hero every time you see those lovely rainbow blocks. 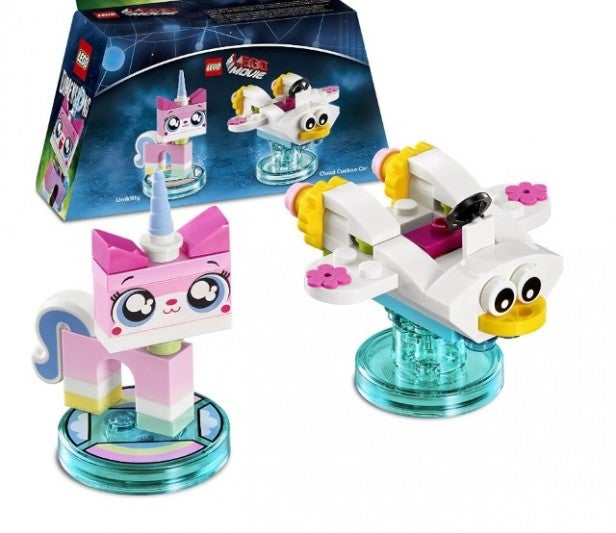 What are your favourite Lego Dimensions packs? Let us know in the comments below.