OPINION: Mike Sawh worries that Nintendo will forget about the fun with Satoru Iwata’s passing.

When you’re journalist, you view E3 through a very different set of eyes. You want to hear about the new IPs, a game that’s not just another HD remake and hopefully a CEO slipping up on stage (literally or metaphorically).

Nintendo’s E3 Direct live stream, didn’t really deliver anything like that. Instead, we had Satoru Iwata, Reggie Fils-aime and Shigeru Miyamoto in Jim Henson-style puppet form throwing bananas and dancing around to Mario music. 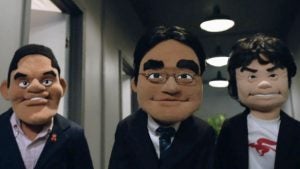 It’s fair to say that the company that blessed us with arguably some of the most iconic games had lost its way in some respects by not talking about many new games.

But when you step back and view things through the eyes of a gamer, it’s just Nintendo being Nintendo and I wouldn’t really want that to change.

That’s how Iwata’s time at the helm should and will be remembered, before illness cruelly took him away from us at such a young age: as a puppet prancing around talking about games. It has always been Nintendo’s way to do things differently. Not to aim blows at its rivals in the way that Sony and Microsoft has been doing for years.

See also: Nintendo NX – What we’d like to see 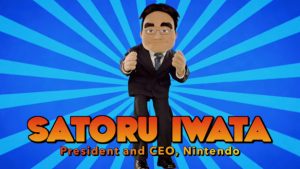 Nintendo’s recent absence from E3 has been disappointing. The last time it was actually present in person was for that confusing Wii U unveiling, a notable black mark for the man who also brought us the Wii.

Irrespective of what you think about the motion controlled console now, you can’t deny that when you first picked up that Wii remote from the first time and swung it like a tennis racket, you didn’t love it. If it didn’t exist, we wouldn’t have Microsoft’s Kinect or Sony’s PlayStation Move setup that now plays a big part in the future of virtual reality gaming.

Financially, times have been tough during Iwata’s time but only a company like Nintendo could lighten up some pretty underwhelming numbers in its annual report by littering it with the pictures of Mario and Luigi and reminding people how it made people smile over the years. In spite of those poor Wii U sales, it shouldn’t be forgotten that the company turned an annual profit for the first time since 2011 this year. 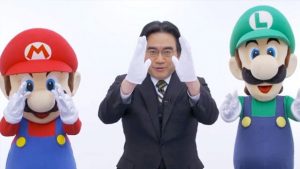 Iwata never lost focus of what he believed this much loved company stood for. Making people smile and laugh even if it was through another Mario or Super Smash Bros game. That’s why it’s sad that Iwata won’t be the one to usher in the next step for Nintendo. Talk of NX and a greater mobile strategy has already begun, with the Wii U beginning to fall off the agenda irrespective of how many times Nintendo denies it.

How will Nintendo go from playing second fiddle to being on par with Sony and Microsoft’s console offerings? 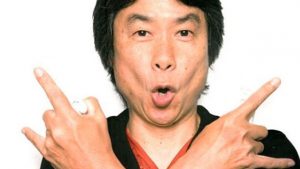 The man that could be responsible for doing that is tipped to be the man that has been at Iwata’s side for some time – Shigeru Miyamoto.

Whether that’s in making the games or appearing in those Nintendo Direct streams. Miyamoto has the personality and the experience to fill those big Iwata shoes. Hopefully Shigs can be man that can capture the imagination of developers, as well as gamers, and make them believe that Nintendo still has a part to play in the future of console gaming.

After all, this is a company that still means a lot to people and the gaming world wouldn’t be the same if we lost the forever-wacky Nintendo.