OPINION: Game developers are using “new” as a way to describe the gameplay experience. But is it the right thing to do?

The concept of something being ‘new’ relates specifically to it not having existed before now, either universally or in terms of our own personal reality and experiences. When the light bulb launched onto the scene, that was genuinely new – something no one had seen before, a universally new experience. When you see Bambi for the first time, that movie is new to you but it’s not new to previous generations – someone has seen it before, but it remains new in terms of the history experienced through your own eyes.

Both definitions of ‘new’ are equally correct and credible, so long as you agree with the idea that your personal reality is of equal importance as the shared reality of the universe. Both exist at the same time and work to enhance and inform one another.

Confusion comes the interpretation of the word ‘new’, certainly when marketing and salesmanship is involved. In an attempt to make something seem more exciting than it (perhaps) really is, adjectives of this sort are dished out with reckless abandon and with little respect for the definition behind it. 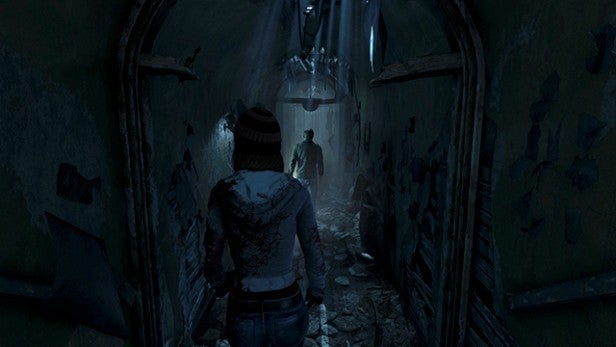 Upcoming horror PS4-exclusive horror game Until Game is the latest to get the hyperbolic treatment, both publisher Sony and developer Supermassive Games keen to promote it as something groundbreaking, genuinely fresh and unique. Is it really new, though?

The concept revolves around eight teenagers stuck in an isolated cabin and fighting for their lives. Given the game’s title, it’s safe to assume at this point that they’re trying to survive until dawn. Combine this narrative concept with the visual design of the cast, the environmental aesthetics and the threat of a seemingly invincible serial killer and you’ve got the loose plot of almost every slasher-movie ever produced.

Unstoppable force vs. sexy-but-vulnerable teens is the idea behind everything from The Texas Chainsaw Massacre to Scream, from Halloween to Cabin in the Woods. As a creative direction, it’s not a ‘new’ idea and anyone with experience of these kinds of movies will find Until Dawn (based on what we’ve played thus far) incredibly familiar. 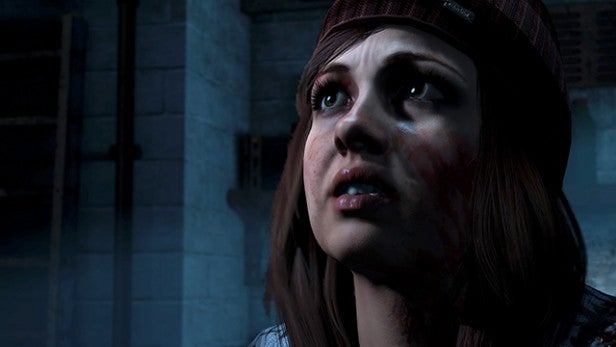 The experience that Until Dawn is trying to provide already exists, it simply doesn’t, arguably, exist in videogame form. Can a concept that persists so strongly and visibly in another medium ever be considered truly original simply by transferring it to a new platform?

Until Dawn feels so much like a slasher-movie that it’s difficult to believe that its design team wanted to create anything other than a direct homage to such things. This is certainly not a ‘slasher-game’, it’s a slasher-movie squeezed into a videogame package. It should come as no surprise, then, that the most disappointing elements of what we’ve played so far are those designed to facilitate interaction. The language, pacing and tone of what’s on offer here is every bit a ‘movie experience’, causing the moments of interaction to feel awkward by comparison.

It’s not that the input schemes don’t work, the problem rests more with the theory of shoehorning interactive ideas into a template built around passive viewership. Mixing two existing ideas can certainly lead to the creation of something new, but this blend of cinema and gameplay is something we’re well versed in at this point and something we remain unconvinced by. Certainly, decision making of this sort exists in everything from Heavy Rain to The Walking Dead. 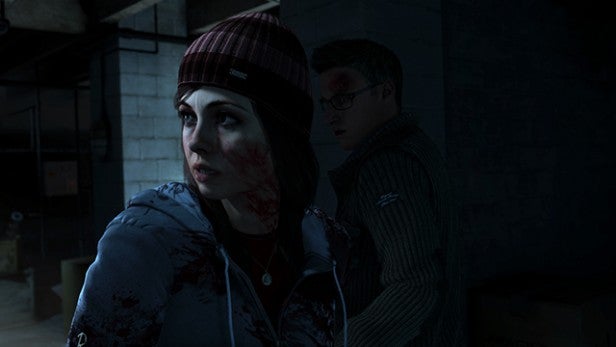 Where Until Dawn is perhaps most fervently advertising itself as something original is in its provision of narrative choice. Of the eight teens playing co-starring roles, all of them can survive or die depending on your actions and decisions. It’s possible for you to reach the finale with eight people intact. It’s equally possible that your story will end early because everyone has checked out at the first hint of danger.

This is certainly not a wholly new approach to videogame narrative, but the level of complexity required to make such a system work with eight participants is worthy of commendation. More important than generating a script that works for all possibilities, however, is whether such ‘choice’ affects the experience in a way that makes it feel original and progressive.

You might be making some of the decisions, but which ever option you plump for will result in a slasher-movie narrative being presented. The crux of it is that, despite the options presented to you, you’re still going to experience a singular version of events. For that reason, does the element of choice make it feel ‘new’ or different compared to going through a pre-defined narrative?

Whether pre-defined or open-ended, you’re still only going to see a single story take place. Would that story be less powerful if it had been authored completely by a writer? 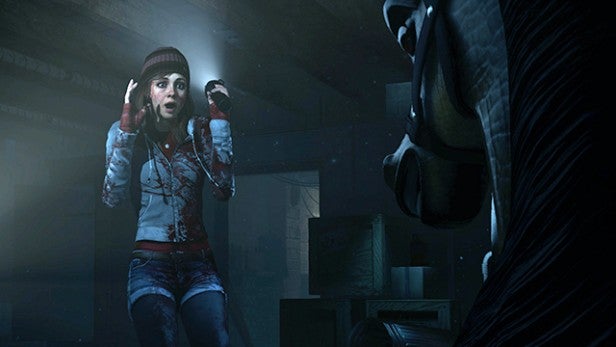 While each player’s story might be slightly different from one another, every player will still be taking in the kind of slasher-movie experience we’ve seen before.

Replaying the game a second or third time to see a different set of events might give you a new perspective, but this kind of revisit entirely tarnishes the core conceit of choice. Based on experiences playing these kinds of games in the past, on subsequent visits you simply find yourself picking options that you didn’t pick initially – removing any sense of freedom of choice.

You might play through ten times, but only the first time is going to feel meaningful and realistic – anything beyond that will feel like watching a director’s cut that includes scenes deleted from the original. Again, this works to undermine the idea that Until Dawn is offering something genuinely new.

Going back to the original idea of what ‘new’ means, Until Dawn will only feel new if you come at it without any prior-experience of slasher-movies and games involving these kinds of choices. If that’s you then, in your personal reality, this could well feel like a very original experience. 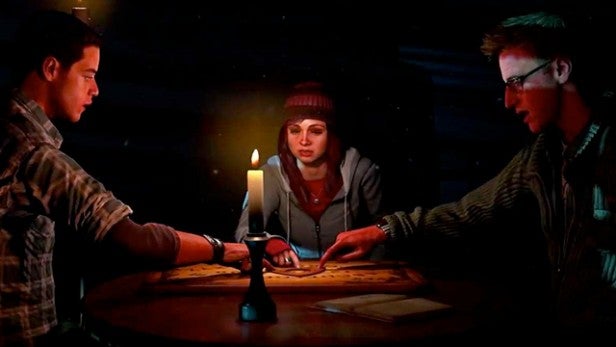 The caveat to all of this is that – based on what we’ve played so far – Until Dawn does look to be an entertaining experience. Entertainment, however, doesn’t equate to originality or ‘newness’ and it’s time the videogame industry stopped pretending that ideas such as this – particularly those borrowed from other mediums – are genuinely groundbreaking and unique.

We live in an interconnected world in which entertainment is self-reverential and heavily inspired by what is, and has been, popular in the past and present. To view movies and games as two fully-exclusive entities is to misunderstand the nature of what is often a plagiarised environment. It might not have appeared in this exact videogame form before now, but that doesn’t make it new.