OPINION: Apple fans were left asking ‘where’s all the new info?’ following the Apple Watch event on Monday. With a month left until it goes up for pre-order, has Apple done enough with its first wearable to distance itself from the struggling Android Wear platform? Chris Smith has his say…

If we were actually wearing an Apple Watch during the firm’s latest launch event, we probably would have spent most of it impatiently studying that Mickey Mouse clock face and mimicking the foot-tapping animation that marks each passing second.

What many hoped would be the hour Apple astonished with the advancements made since the initial Apple Watch introduction in September, actually turned out to be little more than a recap of what we (mostly) already knew.

We listened intently and learned plenty about the anodised aluminum and stainless steel, but aside from the obnoxious pricing, release date and confirmation of 18-hour battery life there was a notable absence of new information.

That could be a problem for Apple. Whether the company has done enough to raise the excitement level for the April 24 release date is very much up for debate.

Related: Apple Watch vs Android Wear: How do the two platforms stack up? 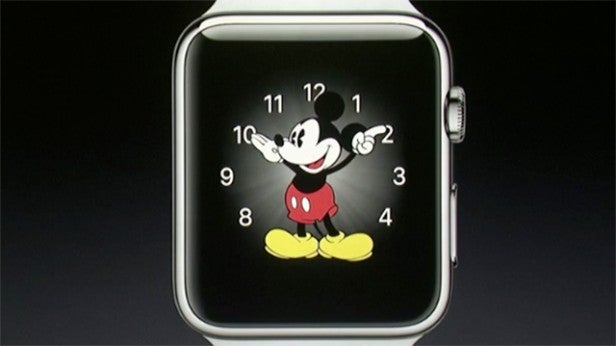 Most folks expected this event to showcase how Apple had spent this extra time in development. Most expected the new information revealed during the Spring Forward event to put clear daylight between the Apple Watch and the existing competition. Neither happened.

In the aftermath, it seems fair to ask, whether the Apple Watch is really that much better than an Android Wear smartwatch? Is it actually any better at all?

It’s not a question we expected to be answering, but what exactly can you do on an Apple Watch that you can’t on the latest (we shan’t say ‘and greatest’) Android Wear devices for a much smaller price point?

Both platforms allow users to answer phone calls, interact with messages and mail, navigate with maps and make use of voice-controlled personal assistants. Android Wear users also have access to multiple watch faces, plenty of fitness apps, heart rate monitors and standalone GPS connectivity so they can leave their phone at home when heading out for a run.

Apple Watch users can connect with their fellow device owners and send digital doodles and even their heart rate, but come on… 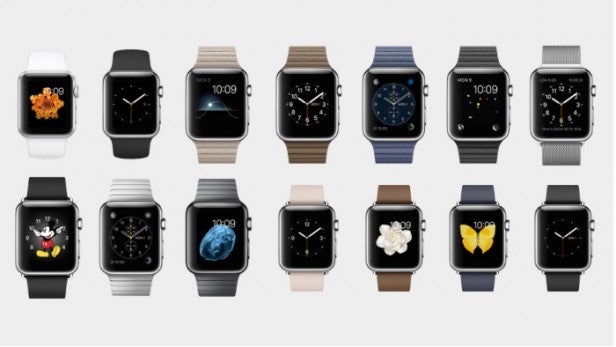 Of course, simple feature lists are far from the entire story here. It’s not always about what you can do, it’s how you do it and there’s little doubt the Apple Watch does it with way more finesse.

Design wise, Apple has a legitimate claim to the upper hand, with the focus on premium builds. Then again you’d expect something costing that much more to have a little edge in the looks department wouldn’t you? And there are definitely no Android Wear devices encrusted in 18-carat gold.

However, the Apple Watch is also more beautiful on the inside. The Watch OS is sleeker and at this stage seems to be much better thought-out than Android Wear. The methods of control through the digital crown and the touchscreen’s ability to recognise the force of touch will mean less fiddling and more doing for Apple Watch users.

Read more: The complete guide to the Apple Watch 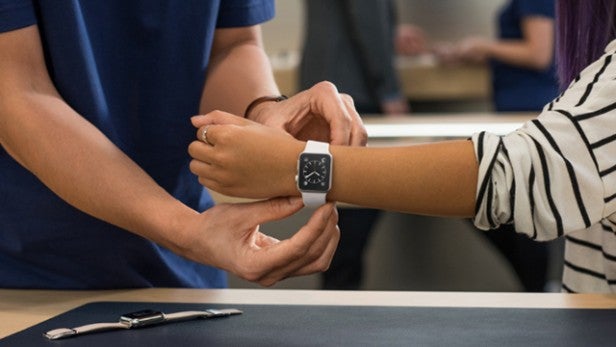 Despite being far the younger of the two platforms, the Apple Watch seems more refined and market-ready out of the gate than Android Wear is after almost a year in the wild. For me, that’s the answer to the question outlaid in the headline. In that respect, the extra time in development has paid dividends.

While the less-than-enthralling Kevin Lynch’s demonstration of how the wearable can guide the user through a day (hotel room unlocking ‘n’ all) may not have been delivered with the chutzpah and razzmatazz of other Apple executives, it did showcase how the Apple Watch can seamlessly and naturally integrate into our lives.

While Apple did not blow us out of the water with fresh information and exciting new  features during its Spring Forward event, it did present a smartwatch platform that appears ready to switch the burden of many smartphone tasks to our wrists, and look damn good while doing it.