When Apple officially announced iOS 9 in June this year, it also revealed an all-new News app as a replacement for the ailing Newsstand. TrustedReviews’ Max Parker has been living with Apple News on an iPad Air 2 and here’s what he makes of the Flipboard rival so far.

As a technology journalist it’s a pretty big deal to be able to keep up-to-date with breaking stories. Right now, we’re pretty much spoilt for choice on how that can be done.

Normally, my daily routine starts with a scroll through Twitter, a scan of Flipboard and then I’ll try and work my way through Feedly on the way to work. For the past week I ditched them all in favour of Apple’s brand new News app. It’s going to be baked into iOS 9 later and it’s available both for developers and the public right now via the iOS 9 public beta.

Apple’s attempt to combine the immediacy of web-based content with the aesthetics that come with magazine publishing is currently limited to access in the US. iPhone and iPad users in the UK and Australia will get access next, but I managed to find a workaround to get access to it in the UK right now – I’ve got an Apple account that was first registered in the US.

My first impressions? Apple has done a decent job here but it’s nothing groundbreaking. The basis of a good app is here, but the design is achingly simple and it’s far too bare bones to pique the interest of anyone who’s used Flipboard, Feedly or the tonne of other similar news reading apps out there. 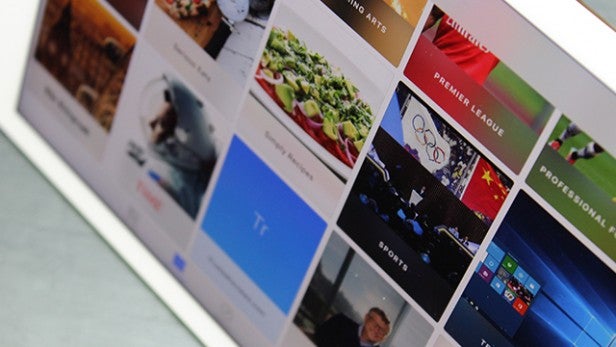 If you’ve used Apple Music, then opening up News will feel familiar. They share much of the same DNA and the initial set up is very similar. Whereas in Music you’re asked to select your favourite artists and genres, News makes you choose from subjects and sources I opted for Time, NME, a couple of UK-based newspapers and mentioned that I that I liked to read about sport and technology. You’re then dropped straight into a ‘For You’ section, which pulls all your selections together and displays them in a grid, complete with big, bold images.

The design is sparse and very simple. I love Flipboard’s colourful, magazine-like approach but Apple News is just text and pictures set against a white background. It’s boring. Some of the transparency effects, a common occurrence in iOS these days, are nice and the way the pictures appear underneath the menu bar as you scroll is certainly pretty but it’s minimal.

On the menu bar, situated along the bottom of the app, you’ve got five options; ‘For You’, ‘Favourites’, ‘Explore’, ‘Search’ and ‘Saved’. We’ve already covered ‘For You’ so we’ll skip past that on to ‘Favourites’. This narrows down all of your initial source suggestions into specific sites. So if you just want to see all the news from Time, or only sports stories, this is where you’ll come. The Explore tab is pretty self explanatory, listing a load of suggested channels, topics and then a more granular selection of categories – think Food, Business, Style, Tech and so on. ‘Search’ lets you be even more specific and ‘Saved’ holds the stories you’ve set to be available offline.

Offline saving is a welcome addition, I do this on other news apps and my Pocket reading queue is stacked with more articles than I’ll have time to read. I spend a lot of time commuting underground, so having access to content without a connection is a must. 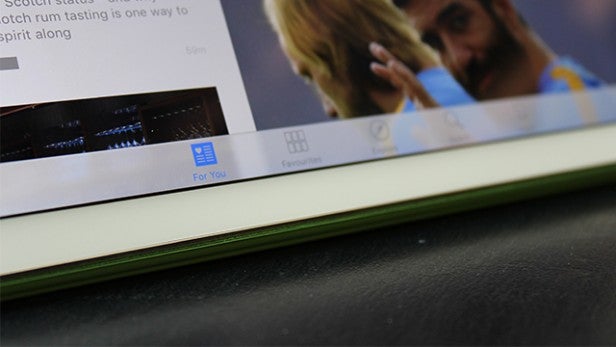 During the initial iOS 9 announcement, we were told that stories would have their own unique look and style. The examples from Wired certainly backed that up, but it doesn’t seem this has made its way into the app just yet. Currently, articles just lie on white background, with large, though slightly blurry, photos and they often look incorrectly formatted. Some even are just wrappers for web content, so you get just the first few lines and then you’re shunted across to the website.

I know this is a work-in-progress and I’m sure they’ll be changes coming before its full release.

Obviously, a killer news app needs to have great content to go along with it. The custom content list is pretty good so far at least. There’s plenty of UK-based content from the likes of The Telegraph, Metro, The Independent, MailOnline and NME. This is sure to grow when the app is released to the UK public and even more publishers get on board. You’ll also be able add RSS feeds from Safari, but obviously these won’t have the custom interface and visuals. It’s a nice addition nevertheless. 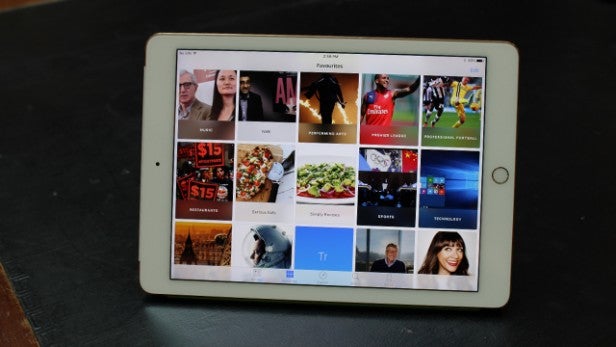 Is it better than the competition?

A couple of things that could really set Apple News apart from its nearest rivals are the custom-style stories and exclusive content. These haven’t really been implemented yet, but the examples that have been shown off suggest they could give the app a slicker, more magazine feel.

Right now, the overall interface just doesn’t impress me. It’s simple, but there’s nothing interesting or original about it. If it’s a basic news aggregator you want then I can see why you might be drawn towards Apple News. I’ll be interested to give it another spin when the full version arrives with iOS 9, but until then, I’ll be sticking with Flipboard.

Have you managed to have a play with the Apple News app? Let us know what you think of it in the comments section below.